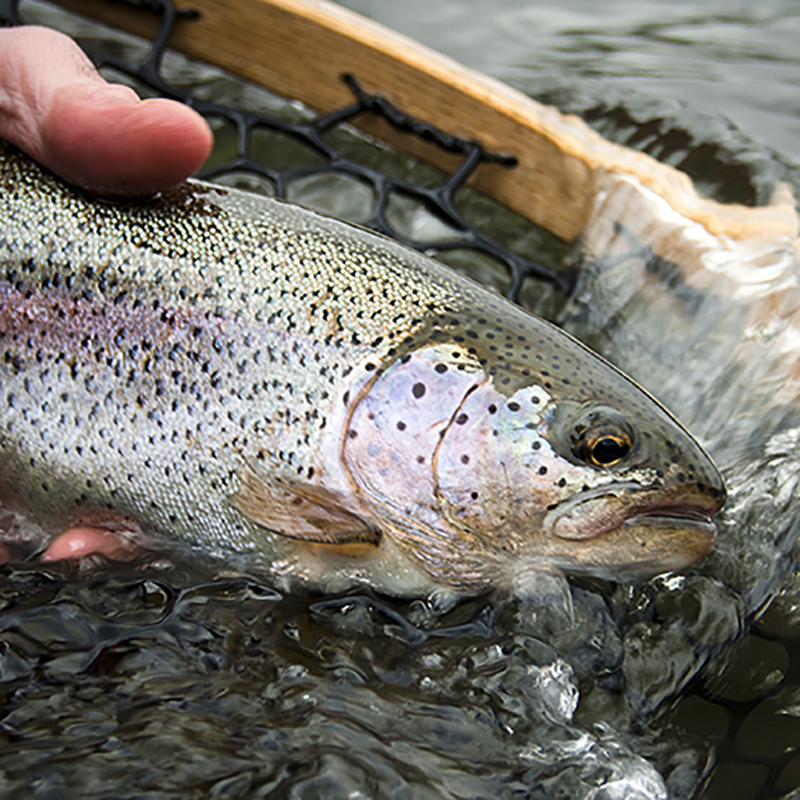 Doug grew up in western central New Jersey and loved fishing small creeks and area ponds for trout, bass, perch and blue gills. It wasn’t until 1995, on his first trip to the western United States, that he was introduced to fly fishing, and in particular dry fly fishing. Born in 1971 and a child of the ’80’s, it’s not uncommon for Doug to be overheard speaking the praises of Duran Duran or the post apocalyptic classic film The Road Warrior. His tastes in music and films stretches a great a varied range. Don’t get him started about the genius of Pete Townsend and The Who or any science fiction film unless you are prepared to give hours of precious life in return. After a tumultuous beginning to his college experience, he eventually graduated from the University of Oregon in 2000 with a Bachelors degree in English Literature. During the three years spent at the U of O he would summer in Island Park, working at the Trouthunter fly shop and the A-Bar, flipping the famous Texas cheese burgers he still craves. Once the new TroutHunter lodge was constructed in 2003 he began working at the lodge in nearly every position from fry cook to shop employee until finally settling in as the fly shop manager in 2014. During his time in Island Park, he grew to love fishing for the brilliant and wily Harriman Ranch rising rainbows. You will see him every Spring and Fall at Henry’s lake looking for trophy cutthroats, hybrids, and brook trout. In recent years, he has turned his attention to fishing small area creeks using 2 and 3 weight rods targeting brook trout. You can hear the excitement in his voice when he expounds about spending time in Mexico, Belize and Cuba searching for bonefish, permit, and tarpon with his father. Island Park locals say you have to spend a minimum of 10 winters in here to be considered a true local. Now going on his 16th winter, Doug is surely a local. He will never forget his New Jersey roots and will still head for the first pizza parlor when visiting his home state, but Island Park, Idaho is now his permanent home.