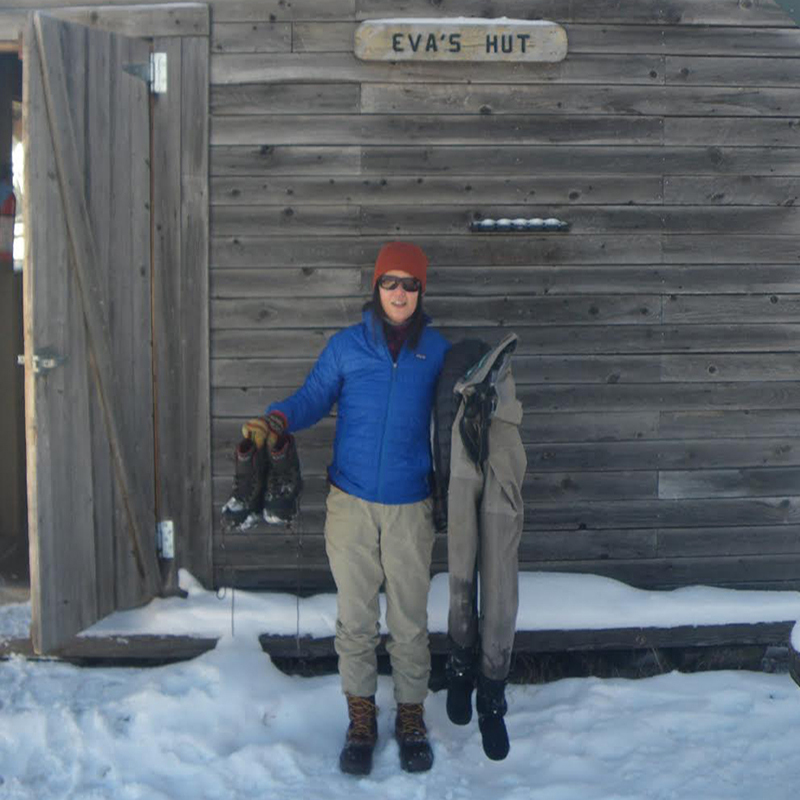 Minori was born and raised in Japan and has been fly fishing for more than 30 years. She has fished throughout Japan, Alberta and British Columbia, Canada and the western United States. Minori made her first trip to the western United States and Canada during the 1990’s. She immediately fell in love with the fishing and the people and returned every summer to fish.

On one of those trips she met Rick Smith in West Yellowstone, Montana and in 2004 they were married. She loves to fish throughout the Yellowstone area with Rick and their yellow lab, Yogi. Minori’s passion is pursuing the native cutthroats of the region with dry flies. She also has a strong affinity for the native grayling of the Big Hole drainage. Minori is an accomplished fly tier and has built her own landing net and several of her own fly rods. She spent several summers working at Blue Ribbon Flies in West Yellowstone, MT and seven years working for the SIMMS fishing products company in Bozeman, MT. She is very excited to be a fulltime member of the TroutHunter team.

Minori attended the University of Toyama in Japan where she studied Apparel Science. She earned a Masters’ Degree in Education and taught junior high Home Economics where, as part of her program, she taught Environmental Science. She has volunteered many hours of her time to participate in a variety of conservation activities in both the United States and Japan.