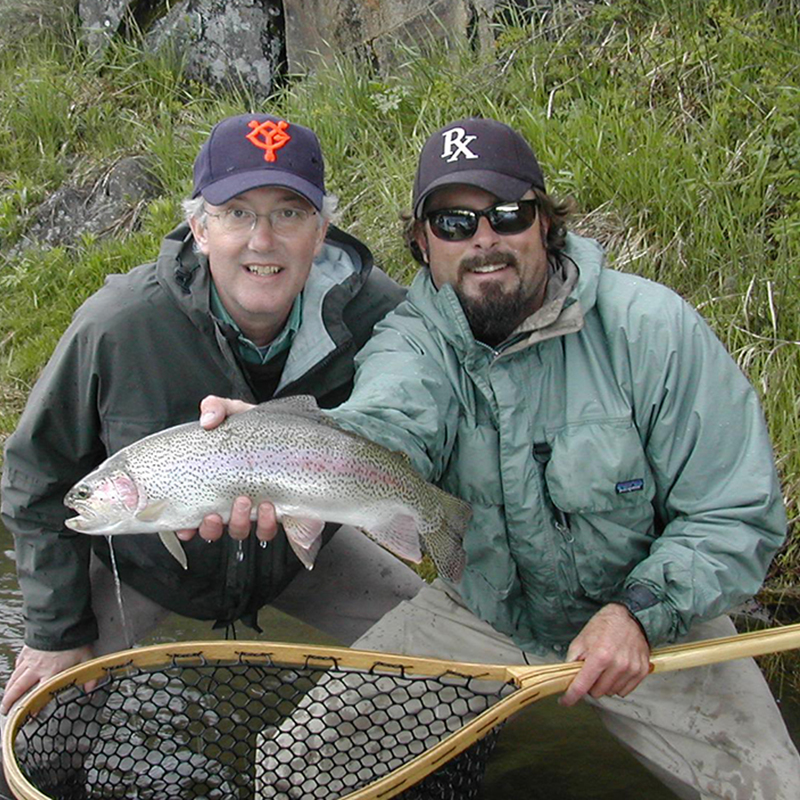 Rick has held just about every job there is in the fly-fishing industry during his 40+ year career. He has been a fly shop sales associate, a fly shop manager, a wholesale sales representative and a wholesale sales manager, he has been an outfitter/guide and has owned his own fly shop. Over his career he has fished throughout the United States, Canada, Mexico and Japan. While stationed at Davis-Monthan AFB, Tucson, Arizona in the late 1960’s he met Ian Mackenzie MacLagan. Ian introduced Rick to the joys of chasing trout with a fly rod. His first fly-fishing experiences were on the Little Colorado River in the White Mountains of Arizona. After his discharge from the Air Force Rick attended the University of Arizona on the GI bill where he received a Bachelor of Science Degree in Fisheries Science. Soon after graduation Rick made his way to Montana where he has been living the dream ever since. Rick’s passion is pursuing the native Cutthroats of the Rocky Mountain region. During Rick’s long career in the fly-fishing business he has met and befriended many anglers from Japan. It was through one special friend, Noriharu Murashima, that he was introduced to the native trout of Japan. Over the past ten years Rick has made several trips to the Tohoku region of Japan in the pursuit of the Jewel of Japan, the Yamame. Rick is a life member of Trout Unlimited and the Federation of Fly Fishers.