The abundance of conditions favorable to winter sports has a profound impact on the culture of the Henry’s Fork community. Deep snow, frigid temperatures, and ice bound waters are actually welcome features for many residents who look forward to the arrival of December with as much anticipation as any month of the year. Snowmobiling, skiing, and even waterfowl hunting benefit from a weather configuration that generally puts fishing out of the question.

Even the most pleasant days seldom provide more than a few hours when the line does not freeze in the rod guides and fingers are not too numb to change flies. When seasonal closures and substantial access restriction are added to physical discomfort, winter can be a tough time for a fly fisherman. And in the coldest months, fly fishing can exist only as a memory for weeks at a time.

Continuing a holiday season that begins in late November and ends in early January, December is always a time for positive thoughts and reflection on a year just ending.

The strange days continued into spring when the Mother’s Day caddis arrived more than a month early, and could have easily been called Easter caddis instead.

Fishing a strong Salmon Fly hatch in early May was not something I had ever experienced before, even on the lower river.

It was only in June when things began to normalize with respect to weather conditions and timing of hatches. A particularly memorable day of fishing with Rich and Jon on the lower river will probably not be duplicated anytime soon. With a magnificent Green Drake hatch providing assistance, the reunion with South African friends, Gerhard Laubsher and Ryan Hammond could not have been greeted with better hospitality from the Henry’s Fork.

Unique, if not entirely pleasant, was the aggressive pelican that threatened son Shayne in a dispute over possession of a very large rainbow he was trying to net while fishing the Ranch in mid-summer. 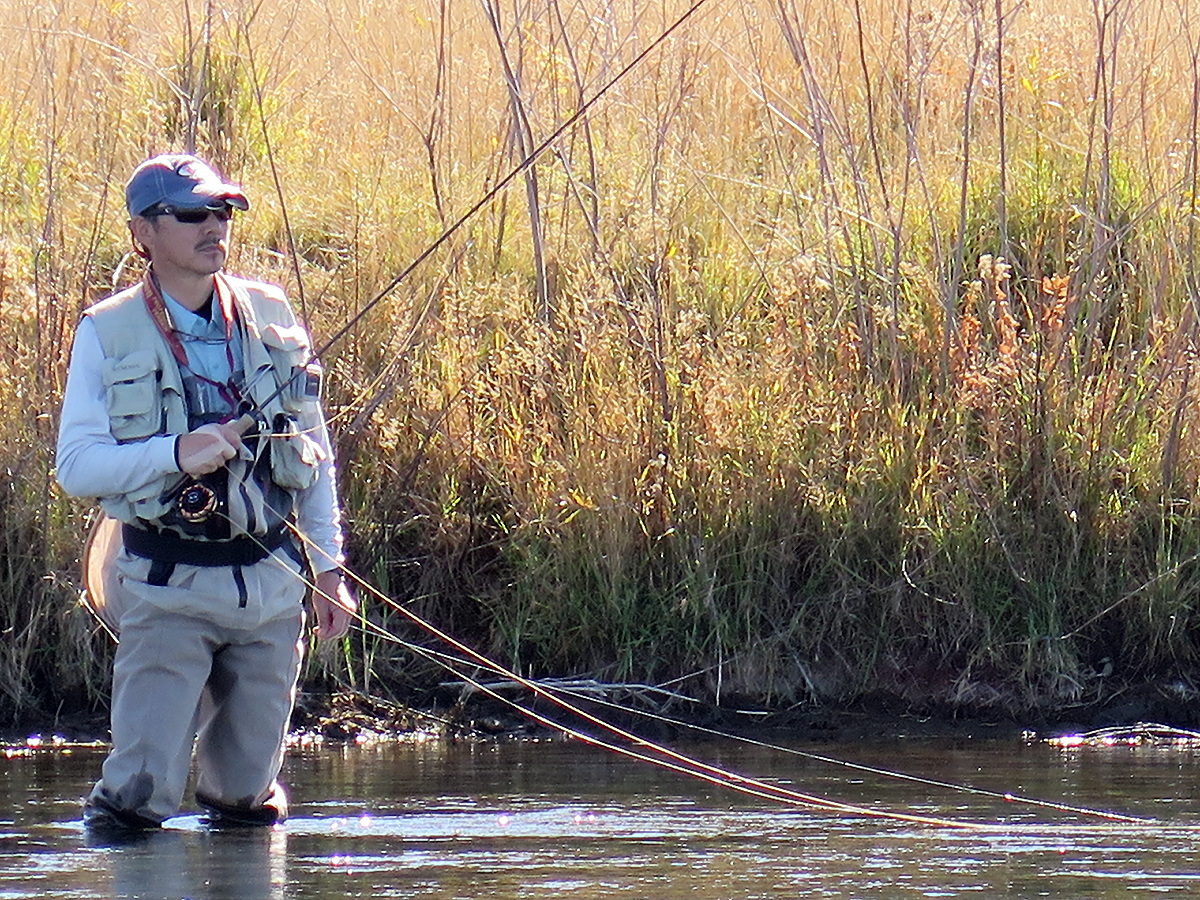 A highlight of autumn, and perhaps the entire year, was again fishing with Masa Katsumata. The 4 days spent on the Fork and Henry’s Lake with Masa and several of his associates brought a fitting end to my time on the mountain before returning to St. Anthony in late October.

While I averaged less than one fish per day through November, streamer fishing near my winter home produced some of the more impressive brown trout in recent memory.

With much of the best water now closed and early ice forming on the river, it is not difficult to enjoy a good fire on a cold December day while waiting for the most recent storm to pass through. And this is probably the only time in the year when looking backward can make sense to a fly fisherman.