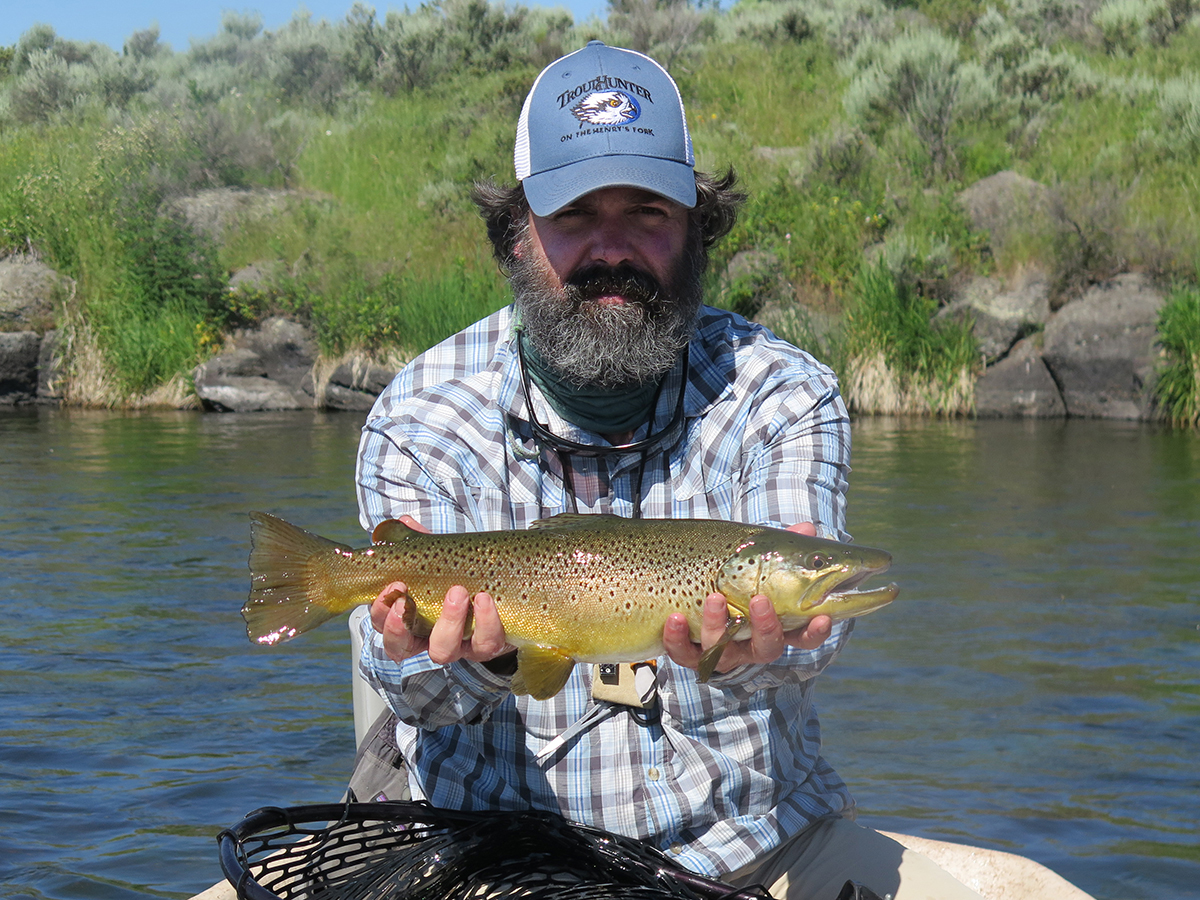 Because I enjoy fishing more than most other things in life, there is seldom reason to complain about any day spent on the water. Realistically, however, the five ingredients I consider necessary for perfect fishing seldom all occur in the same day. This is why a day spent on the lower Fork just a few weeks back will remain a very memorable experience.

With water at the ideal level and clarity, expectations soared immediately as two boats were launched shortly before 9:00 A.M. at Vernon Access.

Caddis and mayfly spinners swarmed along the edges, and trout were already beginning to rise in the warming sun of a calm June morning.

With Rich Paini at the oars and Jon Stiehl in front, I took my customary seat in back of the drift boat, high on the prospect of spending a day with two of my favorite fishing companions.

In the second boat, TroutHunter guide, T.J. would be assisting two guests who were seeing this unique section of the river for the first time.

Gerhard Laubscher and Ryan Hammond are two well-traveled and highly competent anglers whom we had met and fished with two years earlier on the fly only water of Harriman Ranch. A round trip journey entailing four full days reveals just how impressed with the Henry’s Fork our friends from South Africa have become.

With only three days allowed for fishing, both men had enjoyed very satisfactory results along Last Chance Run during the first two days of their visit. We knew the risk of pulling them away from established success 30 miles upstream for a shot at water that did not hold the same assurance. But fortune smiled that day in the form of dry fly action we could only have hoped for.

Ignoring tempting but random rise forms, we pushed hard to a point about a mile down from the launch point where reports were quite promising. From a distance of more than 100 yards upstream, the multiple heads of rising trout proved the soundness of the plan, and we prepared for what would be more than 3 hours of some of the most exciting action of the new season. 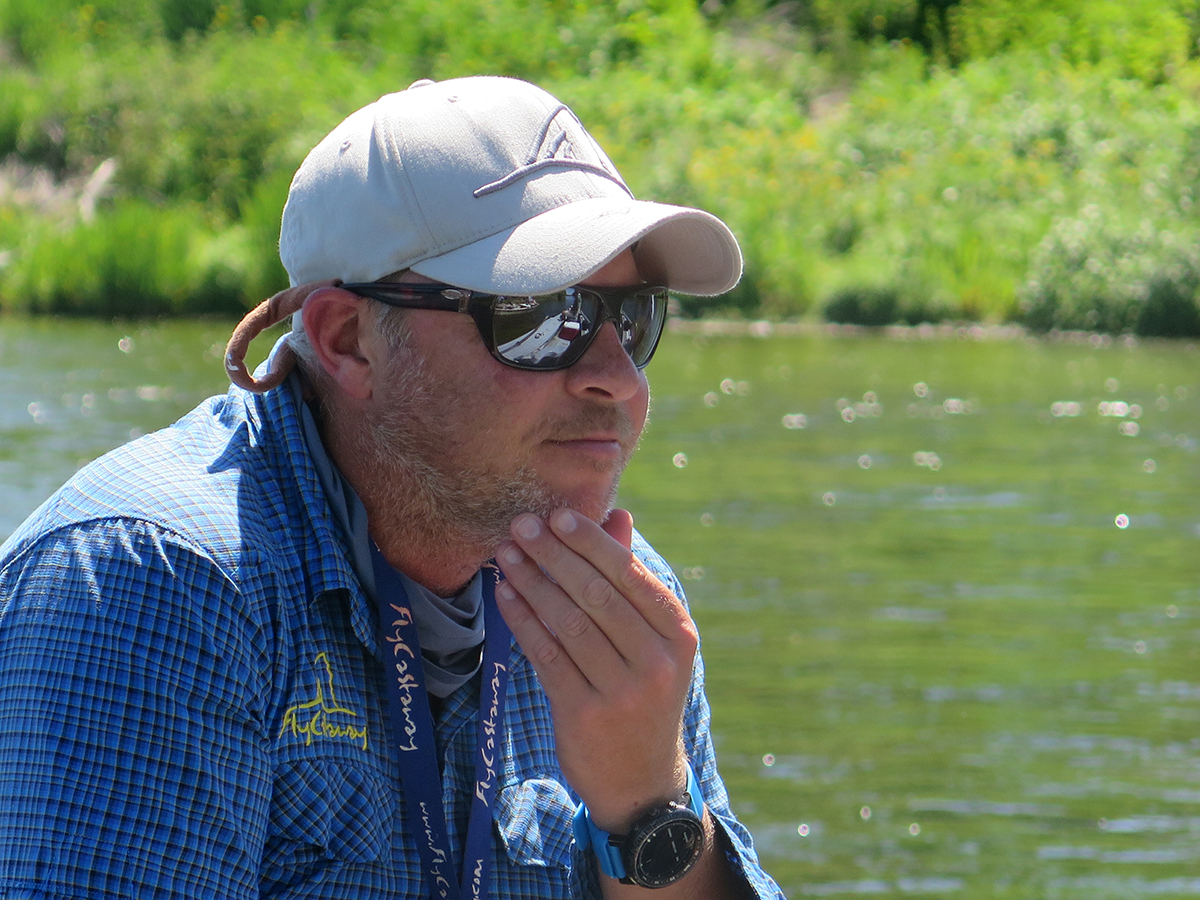 On the shallow flats of a larger Henry’s Fork, the surface was littered with a mixture of insects that would normally be cause for complication in fly selection due to selective feeding behavior. But on this day, it didn’t seem to matter.

With pods of rainbow distributed across mid-stream and isolated browns along the edges, trout acceptance seemed equal between Brown Caddis, Rusty Spinners, and Green Drake Duns.

With the other boat mostly out of sight, Jon and I enjoyed excellent positioning as Paini maneuvered the boat with his customary expertise. And with double hookups becoming common as an indicator of just how fast the action can be when everything goes right, I was actually looking for a rest as we approached the big island a mile or so above Chester Dam.

It was only as we were comparing notes when joined by the other boat that Rich took time to fish over some impressive activity while wading along a Cottonwood lined bank.

A beer break and lunch brought some degree of revival to the old guy, but the single sip of questionable moonshine severely impaired my level of performance for the remainder of the float. 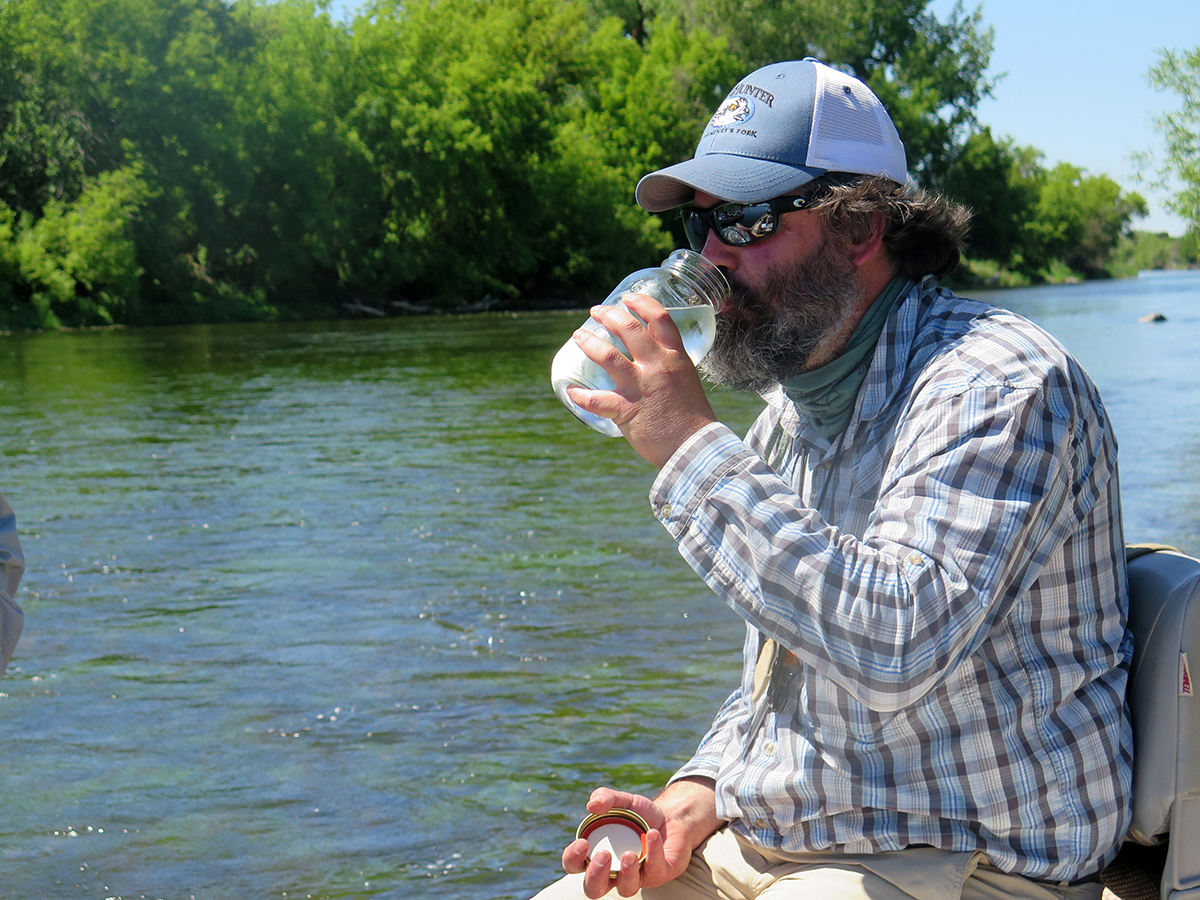 The day ended in late afternoon with a reminder of how quickly conditions can change in this part of the world. After returning to Last Chance, a strong wind turned the sky a dirty yellow with pine pollen just as we were contemplating the evening rise, and heavy rain brought the curtain down a short time later.

But only greed and excess could have produced complaint from anyone who had just experienced the five degrees of excellence that came together on a day as remarkable as any I can remember.