January of 2014 brought a return to the reality of periodic years when low precipitation and high agricultural demand do not permit the ideal winter conditions the Henry’s Fork has enjoyed for the past 5 years. With flows from Island Park Reservoir averaging 200 cfs and two brief but rather severe periods of subzero temperatures, expectations for late winter fishing were considerably lower than usual within the local fishing community. Concern was also evident for the prospect of lower than average snow pack which would continue to apply pressure for a second consecutive year. 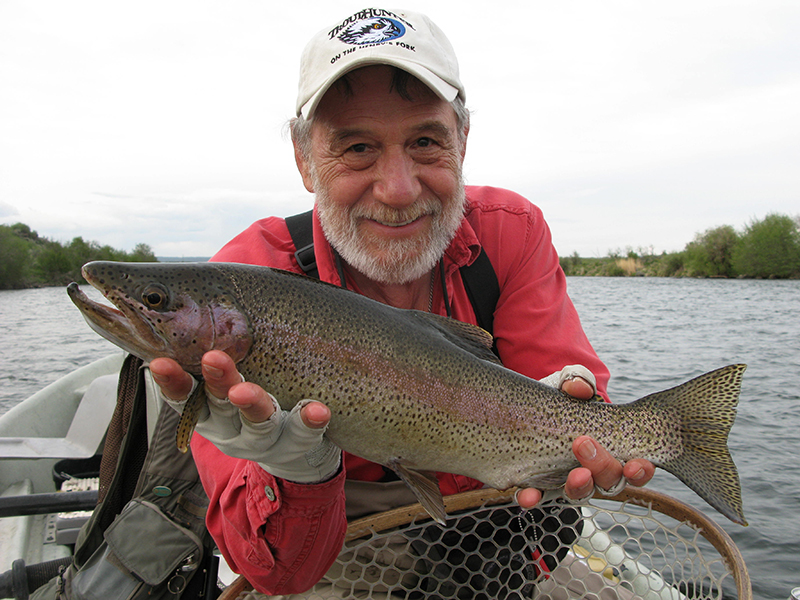 Timely snow storms beginning in mid-February and continuing through the next two months brought nearly instant conversion from shortage to abundance as the snow pack peaked at nearly 130% of average at the end of the measuring period. With all reservoirs in the Henry’s Fork, Teton, and Snake River Basins expected to fill, a forecast for favorable flows throughout the summer is good news for all rivers in this region. The peak flows expected in late June and early July would mean much better fishing conditions for the Ranch than were experienced in July and August of last year.

Leaving the lower Henry’s Fork near my winter home in St. Anthony is rare in early spring when winter conditions and trout activity are typically more attractive than at 2,000 feet higher in Island Park. By late March, however, it became almost impossible to resist driving to Last Chance where the midge and Baetis activity was actually superior to that found at lower elevation.

Early spring found an abundance of healthy trout of impressive average size throughout Last Chance Run, and you could practically set your watch by the appearance of Baetis through all of April.

Bonnie and I returned to Island Park on May 10, driving through the heaviest snow storm we had experienced all year. By that time, March Browns had joined the daily Baetis hatches and early caddis followed shortly thereafter. These insects continue to provide opportunity on all water with the exception of the Ranch section which opens on June 15.

Contributors to the menu through the last week of May were the giant Salmon Flies, and they continue into early June in Box Canyon. The numbers and duration of this much anticipated hatch have been outstanding in all waters where they exist in the river, and the slightly smaller Golden Stones are already making an appearance on the lower river.

The recently completed trout population survey conducted by Idaho Fish and Game personnel indicating a return to near average numbers in Box Canyon comes as no surprise to those who understand the vital role of winter flows in the overall health of the fishery. However, guide and angler reports from March through May indicate that there are plenty of fish in the upper river to provide a great experience. Moreover, results from the same source support the scientific study showing a substantial increase in the overall size of the trout population in the survey area. According to Head Fisheries Biologist, Dan Garren, the average size has increased from 11.6” in 2013 to 13.4” in 2014. Even more impressive is an increase in the maximum size of counted fish to 25” in the current year. This represents an amazing 4” improvement in the upper end of the size range. Garren’s conclusion is that the Henry’s Fork continues to support a solid fish population, and the potential for impressive size has actually improved. 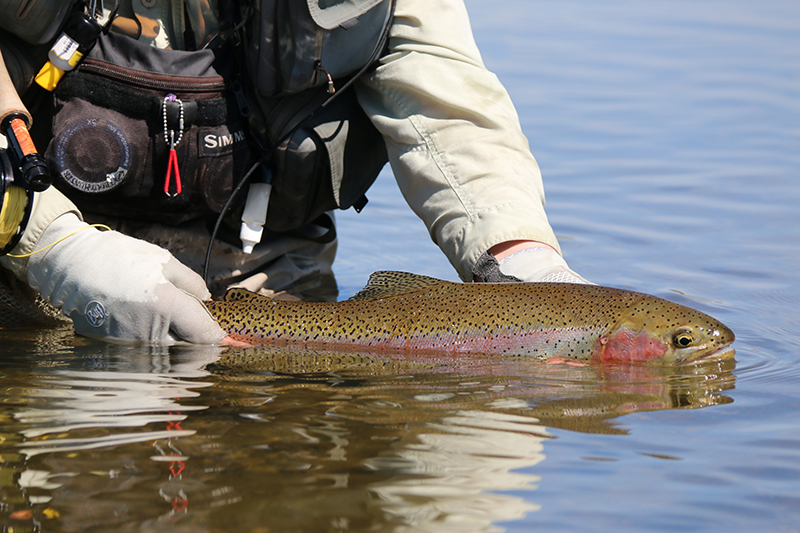 With the majority of 2014 still lying ahead, we can only look at current indicators to predict how the season will progress from this point forward. However, with a generally high rate of angler satisfaction thus far, it is reasonable to expect a continuation of the wonderful experience the Henry’s Fork can provide.

With the recent completion of work on the Ashton and Chester Dams, fishing on the lower river is quickly regaining its former status as a steady provider of reliable hatches and a splendid blend of brown and rainbow trout of enviable size.

Early reports from Henry’s Lake and other local still water fisheries indicate good winter revival in terms of both numbers and size of fish. The same can be said for the Fire Hole, Madison, and other rivers, both in or just outside Yellowstone Park.

While no forecast can be made with absolute certainty, there is one major event that promises to make 2014 something special. June 13 and 14 has been marked for celebration of the 30th anniversary of the establishment of the Henry’s Fork Foundation. Timed to coincide with the opening of fishing on the Ranch water, this 2 day event promises to be a meaningful opportunity to honor the three decade history of this vital organization and to support its ongoing work on behalf of the river. I hope to see you there.