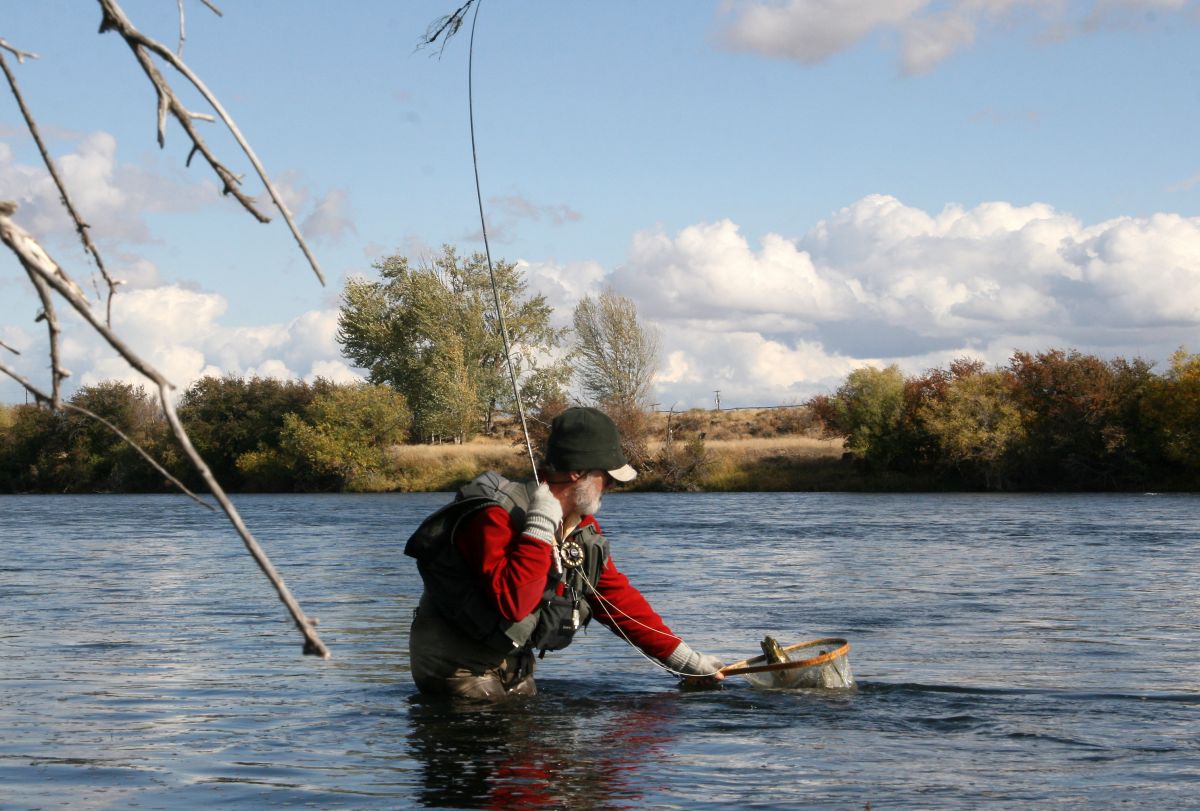 The Henry’s Fork is known as possessing a very dense and diversified population of mayflies. It exists in a region that features four distinct seasons with each containing its own menu of aquatic hatches. Mayfly hatches seem to arrive in sequence according to weather conditions rather than a hard date on the calendar, but April 1st. brings a near certainty that the year’s first mayflies will be found on the water.

Preceded only by midges, Baetis represent the beginning of a mayfly season that will stretch for at least eight months or until winter temperatures remain consistently below the freezing point.  Numerous different mayfly species will follow and many will be larger than the average size of early Baetis, which is about size 20. However, none of those that follow carry more significance to trout or angler than the Baetis which announce an end to the hardships of a long winter.

The most common name for Baetis in the U.S. is probably Blue Wing Olive or BWO. However, with entomologists listing more than 40 species in this country alone, it is impossible to utilize this color based term as an accurate description of these internationally common mayflies.

With a warm shade of olive for the body and smokey gray wings, many spring Baetis on the Henry’s Fork are an excellent match for the common term, as are other broods that occur later in the year. Other common Baetis colors are tan and gray, and wings can vary from pale gray to dark slate. These color combinations are consistent with what I have found on waters within the tri-state region of Idaho, Montana, and Wyoming.

Although smaller sizes are consistently more abundant, sparse but fishable hatches of size 16 Baetis can be occasionally encountered in the cooler conditions of early spring. A size 18, however, is more typical of the season, and though rather small in comparison to what will come later, it is a size that brings considerable relief from ultra-small midges that dominate cold weather dry fly fishing. 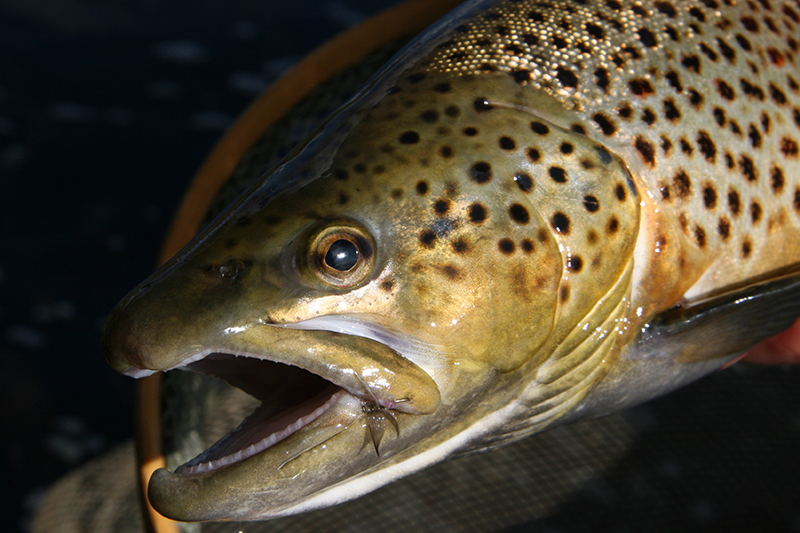 In my experience, Baetis seem most abundant in moving water, and their availability in the nymphal stage plays a substantial role to foraging trout. Patience and determination are needed when the artificial must compete with scores of naturals for the attention of a feeding fish. With streams flowing low and clear prior to late spring runoff, sight nymphing is a productive and enjoyable way to capitalize on Baetis when surface feeding is not underway. Presenting a small weighted nymphal pattern to a living target feeding visibly beneath the surface requires skill equivalent to fishing a dry fly, and the visual aspect of this method is just as exciting. A Baetis nymph is also a sound choice through March and early May when probing defined holding water for trout that cannot be seen.

In their peak seasons, which is early spring and mid to late fall, Baetis hatches seem stronger on cool, overcast days, and light rain or even snow do not necessarily disrupt this pattern. Daytime temperatures need only to rise into the mid to high 30’s F to accommodate an emergence and in the right conditions, a Baetis hatch can stretch on for three or more hours. Late morning through mid-afternoon is the typical daily emergence period but it can start earlier or run later depending on air temperature.

A heavy hatch of Baetis can bring large trout to the surface, even when the individual insects are as small as size 22. A breezy day can actually play a positive role by concentrating a sparse hatch along a downwind bank thereby creating a volume of mayflies adequate to attract trout that, otherwise, would not be found feeding on the surface. Timing and accuracy are key when presenting the fly to a trout engaged in a rhythmic feeding pattern that ignores a cast that is off line or not matched with the feeding pace. This is a situation that can be frequently encountered when a big trout is found rising to a strong hatch of smaller Baetis. Patience comes into play when a seemingly perfect drift is ignored in favor of a natural that floats close by the imitation.

Because angling pressure is relatively light in early spring, it is possible to get good service from a fully hackled dun pattern that floats high on the water and is easier to see than the more sparsely dressed patterns that are often required later in the year. There are times, however, when a low floating pattern like a CDC Floating Nymph will produce better results even before the trout feel the pressure of a busy river.

Baetis spinners typically return to the water in late afternoon or early evening when morning temperatures are below a level needed to complete the cycle. Most will lie flush on the surface with wings outstretched, or nearly so. A CDC Biot Spinner will duplicate the required image of a floating Baetis spinner. However, some females may dive or crawl beneath the surface to lay their eggs. A wet pattern tied on a heavier hook and with soft hen hackle wings will usually cover the times when a trout is not enthusiastic for a floating spinner.

While they are often the dominant hatch during the cooler months, Baetis should not be forgotten when warm weather brings a variety of other insects into the picture. A Baetis box stays in my vest year round for a reason, and knowledge of these widely distributed mayflies is transferable to many waters around the world.

The following patterns follow a color scheme for the common Blue Wing Olive variety of Baetis. Adjustments can be made to accommodate different color requirements. 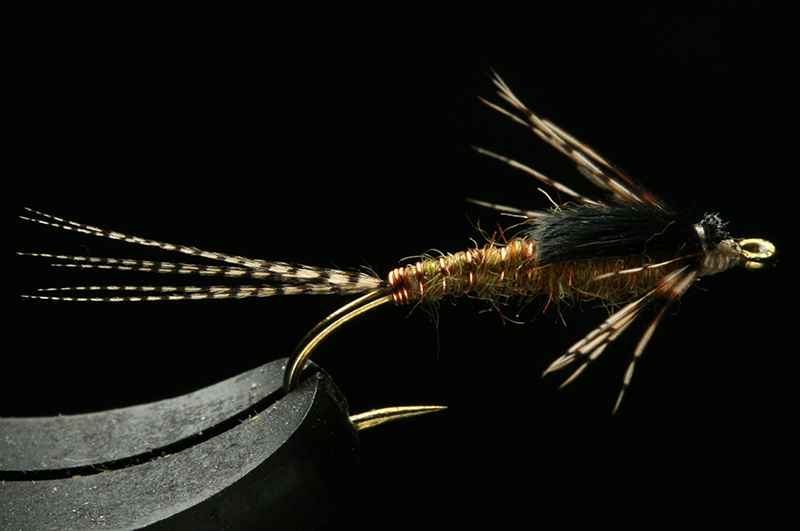 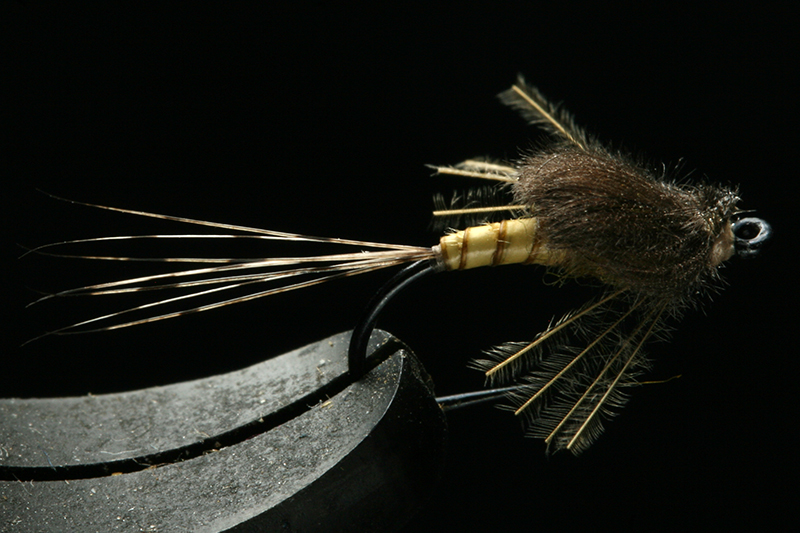 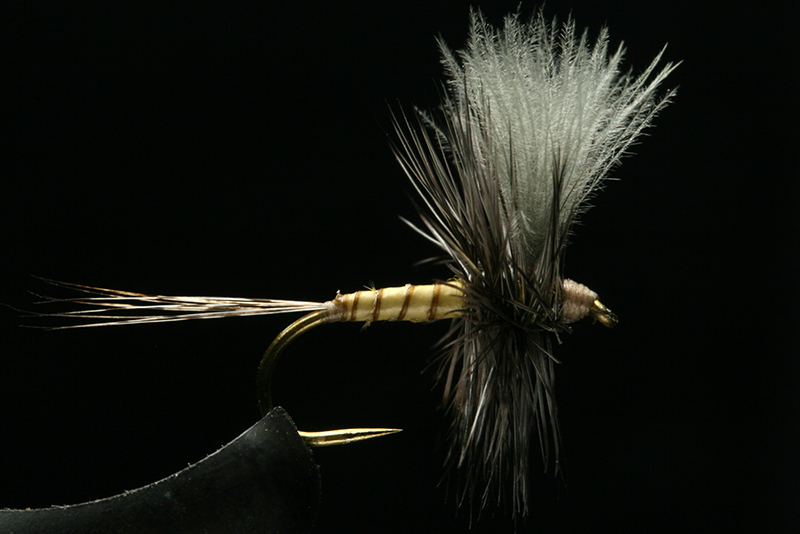 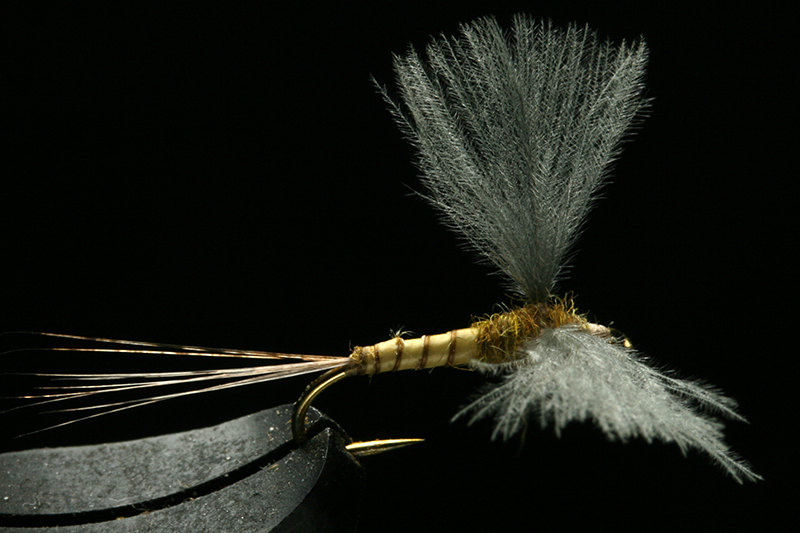