TroutHunter guide, Tim Fischer, is spending the winter as assistant manager at famed Casa Blanca Lodge on the Yucatan peninsula in Mexico. He sent us this account of his first permit on the fly... 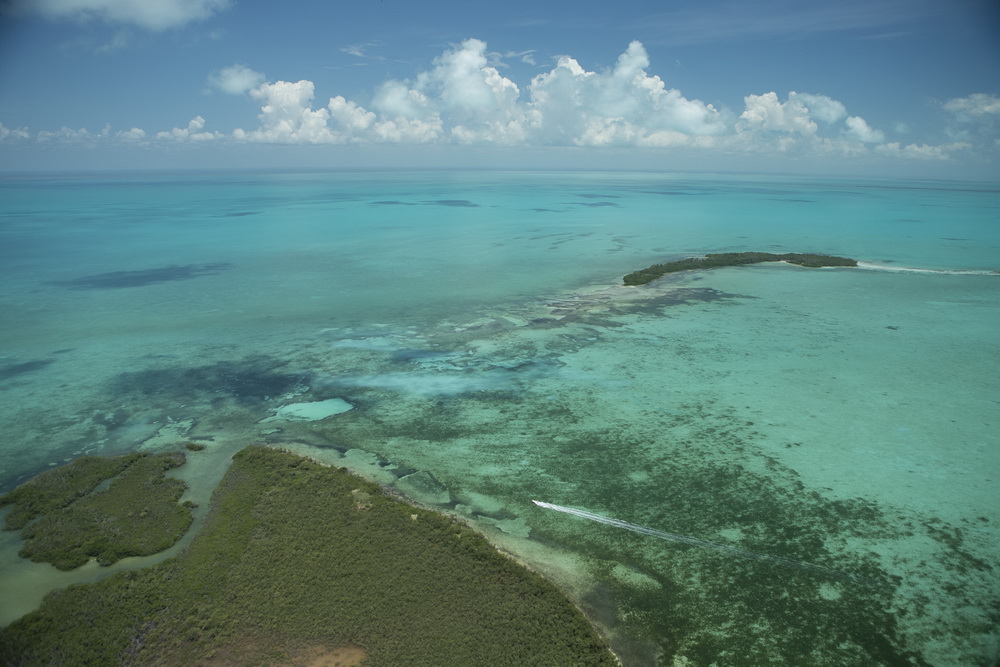 I found myself afloat on Espiritu Santo bay with guide Rene and a British chap named Michael, who super slammed the day prior and generously invited me to share a day of fishing. It was a beautiful blue sky afternoon with Rene poling the skiff and Michael on the deck with bonefish rod in hand. On a  massive flat with knee-deep, clear blue water and a white sand bottom, I remarked to the fellas, "this looks like the place I've always envisioned catching my first permit."

Five minutes later I felt the boat quiver ever so slightly as Rene crouched down on the platform and whispered "palometa." Michael turned from the bow and said, "Tim, that's your fish, grab the permit rod." He got down from the deck and we fumbled with tangled rods for what seemed like forever. Finally I was on the bow holding Michael's Thomas and Thomas 10 weight fly rod with a very nice Tibor fly reel. It had a perfect crab fly tied to what I had to trust was an all around stout rig. I kept my eyes on the rapidly approaching fish while pulling out line, then fumbled out the best 55 foot cast I could manage. The fly landed five feet in front of the tailing permit. One strip and the solo fish turned and swam away the way it came.

Not surprised by the outcome, I quickly gave the deck back to Michael without a huff. He continued his turn standing ready to cast to bonefish. As I sat there contemplating what went wrong, I kept scanning the huge expanse of the flat for signs of "palometa."

Not five minutes later about 200 yards in the distance I spotted a dozen black tails emerging from the waters glare, wallowing lazily. They were moving parallel to the boat and straight into the wind the opposite direction we were floating. I brought this to Rene's attention and he immediately planted the motor firmly in the sand and jumped out of the boat. Like a working dog ready for the hunt, I grabbed the permit rod and followed. We waded in single file attempting to get ahead the school now swimming away from us. The permit were tailing ahead and just out of reach. I made a few desperate casts into the wind as we chased, barely reaching their tail side and the school was gone.

We turned and started the couple hundred yard wade back to the boat where Michael had been taking pictures of the pursuit. As I was thinking to myself that permit never seem to do what you'd like I spotted another school of equally nice black tails and on a similar course as the last. We moved to try and intersect them head on. Just as we got within a full fly line cast away, they slowly veered off and continued to stay just out of reach. I pulled out more fly line thinking it was time to make a hero cast when to our surprise another school of permit appeared calmly tailing in our direction between us and the school that was moving off.

I waited an agonizing minute as the school lazily moved closer, tails flying high above the waters glare. Rene said, "okay cast now." I gave it all I had in a decent cross wind and landed the fly about 10 feet in front of the fish. "Good. Wait." More agonizing seconds passed and Rene said "okay estrip now." I did as I was told and a healthy permit peeled away from the pack and started to charge my fly. About halfway through the retrieve with permit pushing water in pursuit Rene said "Tim stop." I did and so did the fish. It's head went down, tail went up and Rene exclaimed "Tim estrip, estrip!!!!" This time feeling the fish, I gave another good strip to sent the hook home. The permit went nuts. With the help of the fish I quickly guided the line that was floating around my legs out of the rod and the magical song of a singing fly reel played and played. The fish was about a hundred and fifty yards away in a few seconds.

And so it went. I caught my first permit yesterday as well as a tarpon and a bonefish to complete a grand slam, the best angling accomplishment of my life so far. I had a chance at super slam but I trout set like an amateur (your supposed to strip set) on a big snook earlier in the day. Regardless, I couldn't be happier.

That night after dinner I was presented with a scorpion resting on top of a shot of tequila, a ritual drink at the lodge for those that catch their first "palometa". I drank it in celebration of an epic day, an experience I am truly grateful to have had and will never forget.