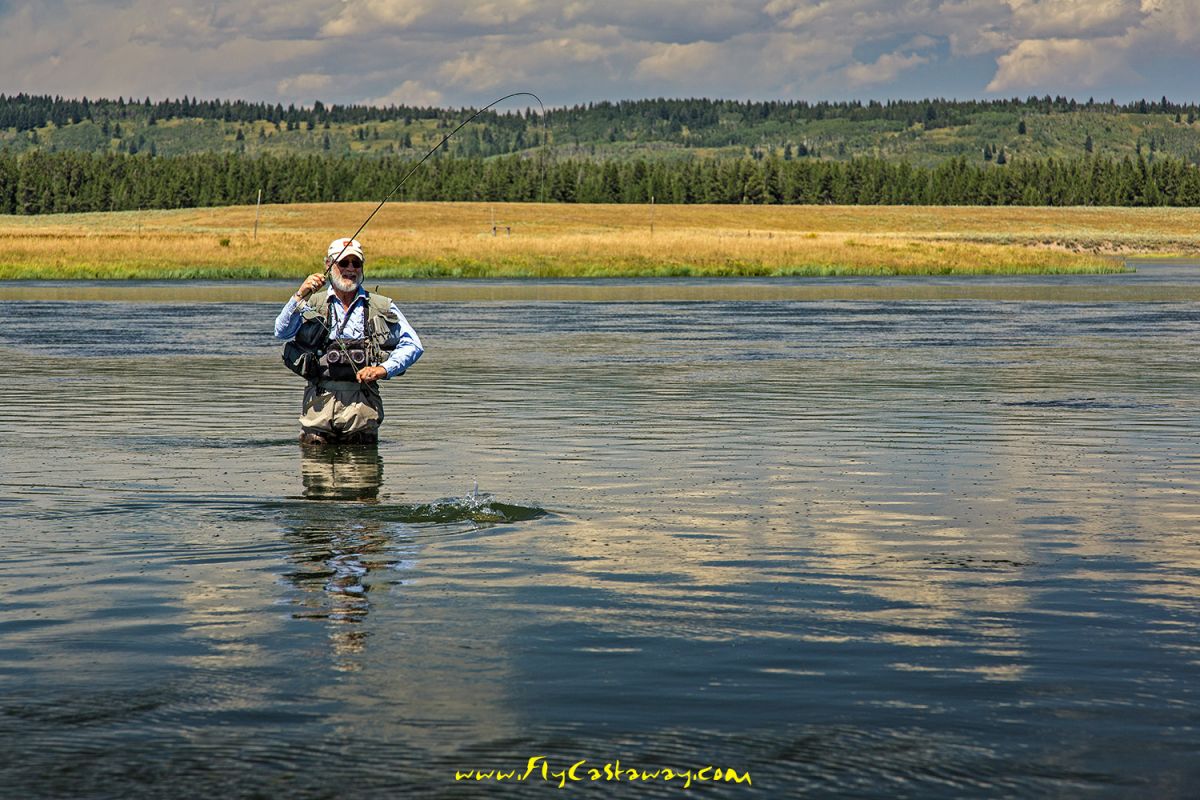 Residents of the Last Chance angling community understand that the fly only water of the Henry’s Fork is illuminated by an international spotlight. The appearance of foreign anglers is about as routine as a PMD hatch in late June. It is a rare day when one does not encounter one or more visitors from far off countries in Europe, Asia, or South America, and their collective purpose is singular.

The testing of individual skill against the hook resistant rainbows of Harriman Ranch predates the early 1980’s when public access to the legendary water was formally installed by the establishment of Idaho’s first State Park. Doug Swisher and Carl Richards were among the first to bring widespread attention to the uniqueness of shallow, slow moving water where a single rising trout can become more important than anything in an angler’s consciousness. 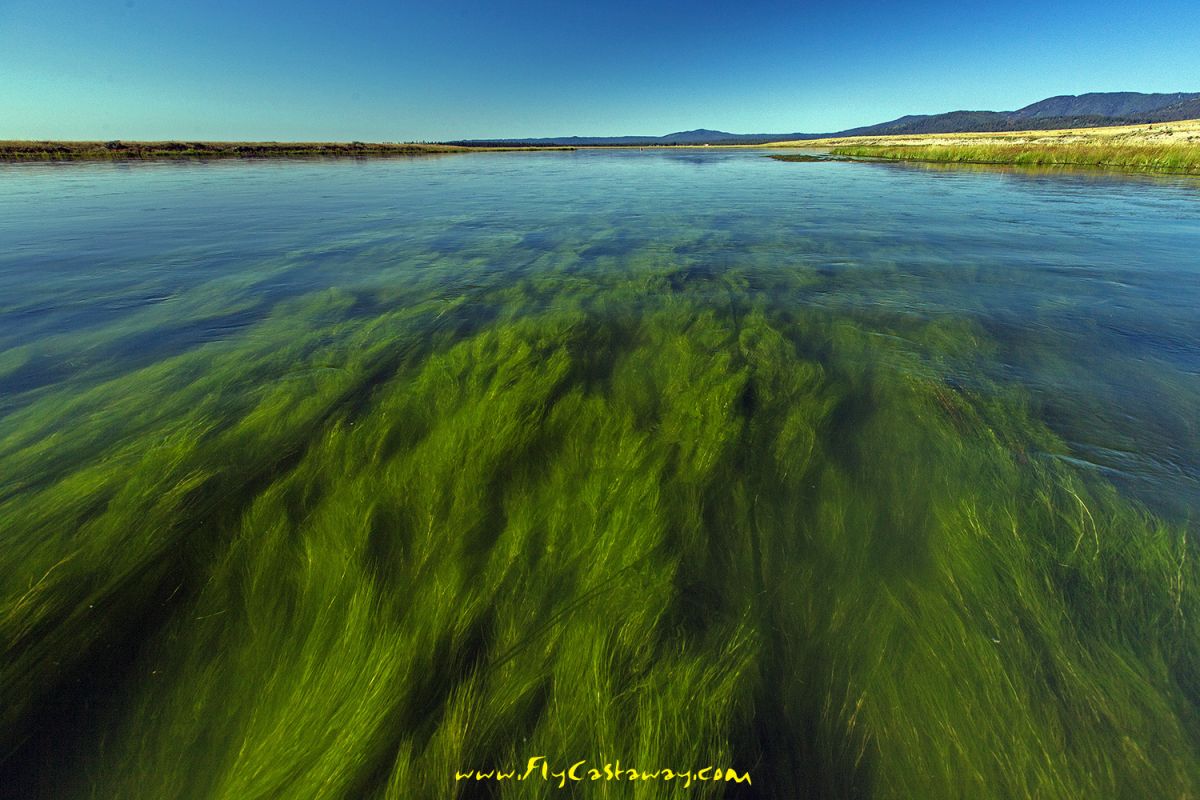 The writings of Swisher and Richards followed by other dry fly notables like Ernest Schwiebert painted a vivid picture in the 1970’s of varied hatches of mayflies, caddis and other aquatic invertebrates that have served to create the intensive selective feeding behavior of resident trout that continues to typify the Ranch experience to this day. But matching the hatch is only one component of a complex skillset that defines the traditional approach that anglers, regardless of their origin, have applied when fishing this special water. 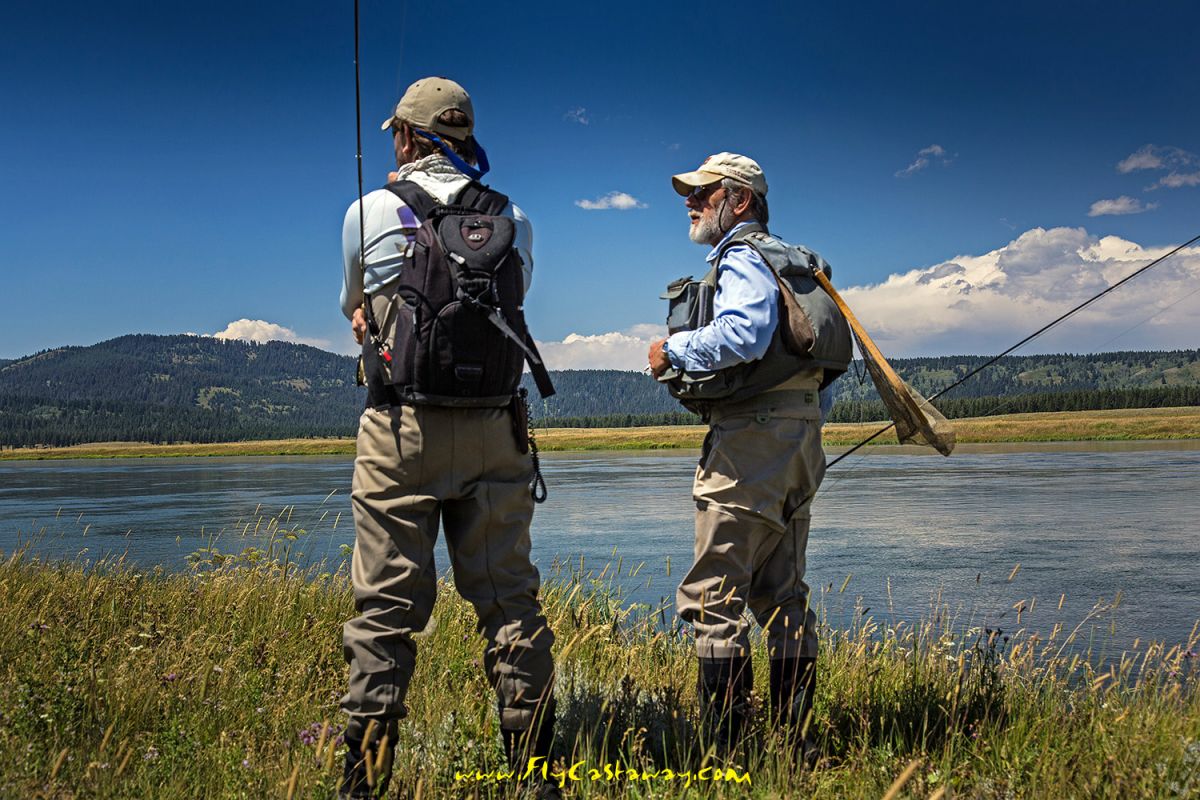 Walking slowly along open banks within the Ranch has become ritual for those who appreciate the opportunity to search the surface of shallow, mostly wadeable water where the rise of a big trout can be spotted at distance beyond a hundred yards by a trained eye. Locating an exceptional fish is the starting point for a process intended to bring contact with a creature that has survived to impressive size on its ability to avoid peril. It is a process laden with decisions that include selecting the best angle of approach to a predetermined location from which to present the fly.

When playing by the traditional rules of engagement for the Ranch, fly selection is a deliberate act always preceded by close examination of the water. On water where multiple choices can exist simultaneously, rising trout will almost invariably focus on a single food form at the exclusion of any other insect that may compete for attention. Understanding that several possibilities can exist on any given day, it is only prudent to carry a variety of flies when fishing the Ranch.

Successful Ranch fishermen are above average in casting proficiency, and most work continually to improve their skill. The ability to present the fly on a long leader from any angle is always an asset but its value is multiplied on the Ranch. 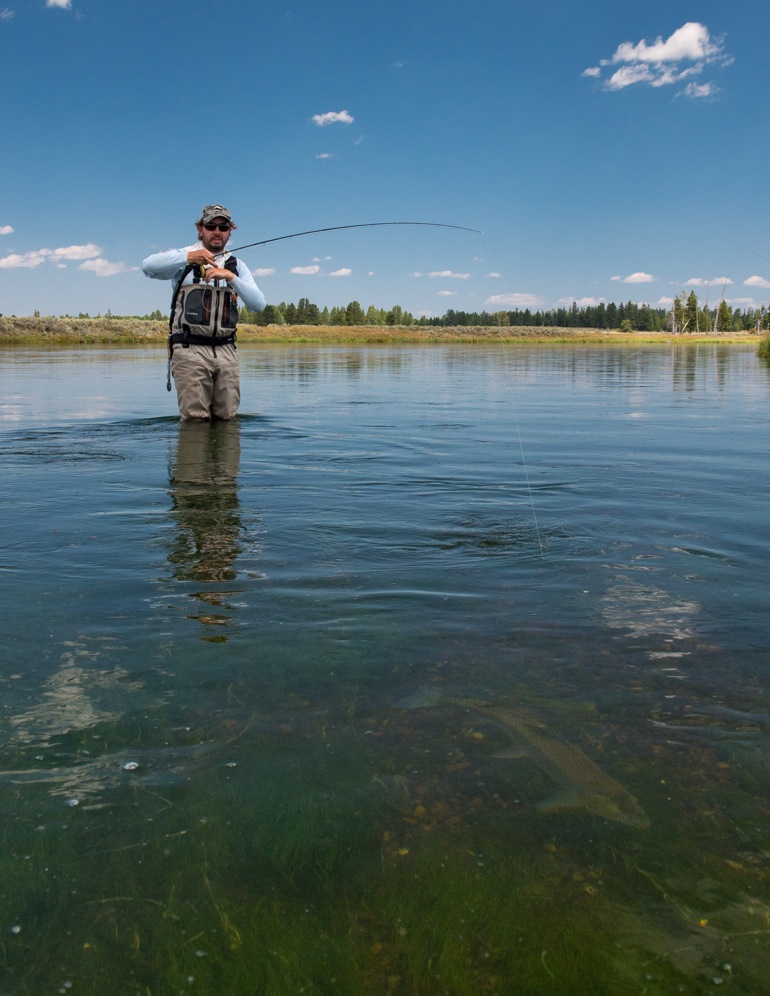 Bringing in a trout of 20” or larger can be an exercise inpatience and concentration when the tippet is 5X or finer. However, the best at playing and landing big fish can accomplish the final task in well under ten minutes. Consideration for the safety of the prize precludes playing the fish to utter exhaustion or failing to make certain it is fully revived before being released back to the water. Barbless hooks can speed the release process while minimizing tissue damage which can be especially problematic when fishing larger patterns such as hoppers. Photos are fine if the fish is not kept from the water for more than 30 seconds at a time.   Floating the Ranch can be a memorable experience regardless of how much time you have spent there. Fishing from an anchored position in water too deep to wade is considered acceptable but otherwise, a boat is used mainly for transporting anglers who will be wading some of the more remote areas like Bonefish Flat. And whether wading or floating, crowding or disrupting another angler is never good etiquette.

The modern history of the Ranch is a story of human passion of such profound intensity that it has become the final resting place for some of its most dedicated advocates. While of varying prominence in the international picture, Ashizawa, Fontan, Evans, Lempke, and Puyans are among the names of those whose remains are now part of the fertile streambed.

In the past 5 decades others have joined Swisher, Richards, and Schwiebert in adding their voices to the Ranch tradition. Men like Godfrey, Brooks, Lawson, and McDaniel have forged their identities as anglers, fly tyers, or both on the hallowed waters of the Ranch, and their work and words have penetrated the deepest corners of the planet.

A collective message of respect for its magnificent rainbow trout and gratitude for a place unlike any other did not fall on deaf ears when it reached Ryan Hammond and Gerhard Laubscher in remote South Africa several years ago. A long awaited visit to their river of dreams came about in mid-summer of 2013, and the depth of their preparation could not have been more impressive. 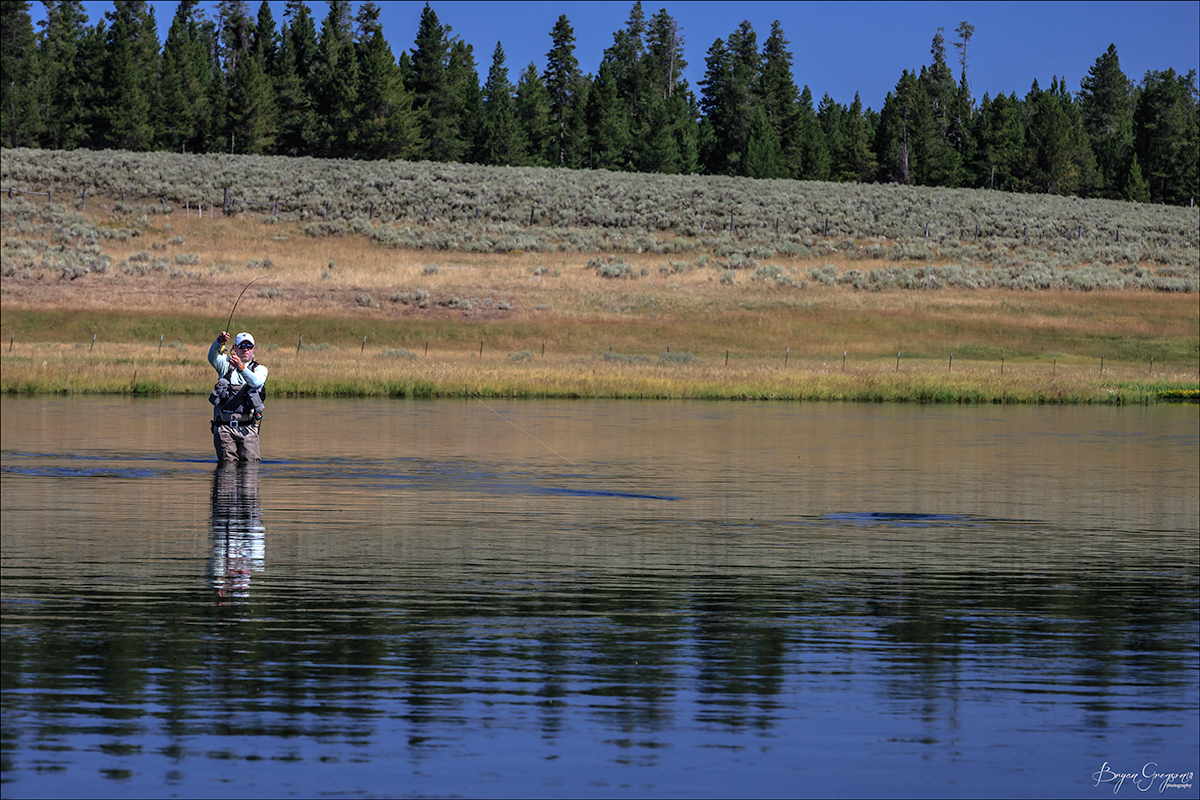 While both young men were well schooled in the use of a fly rod, trout did not appear on a long list of fresh and saltwater species they described as being primary targets in their homeland. However, diligent study of books, videos, and magazine articles had yielded a comprehensive understanding of the Ranch and the tradition that has evolved over the past half century. With no detail of tackle requirements left unaddressed, Ryan and Gerhard needed only minor assistance in fly pattern selection during their introduction to completely unfamiliar water.

It was hope rather than expectation that describes the attitude they carried on a trip requiring several days of travel, and big numbers were never part of the objective. For Ryan, the pressure was off within the first hour on the water as he closed the deal on a robust hen that took a winged ant after a long stalk in knee deep water. His deft casting and discipline through a spirited fight were not indicative of a man with very limited experience in this type of fishing. A ceremonial beer and a toast at 9:00 A.M. gave honor to the trout, and Ryan’s smile spoke strongly to the significance of his accomplishment. 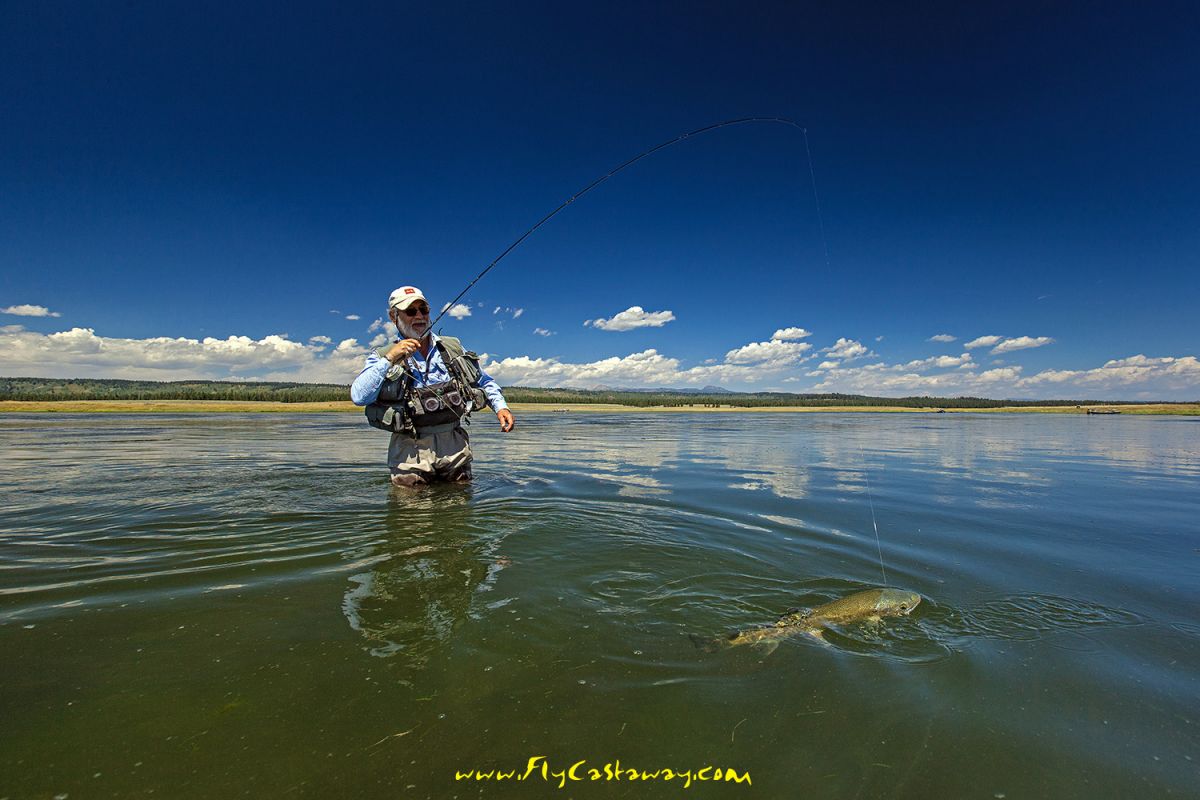 Losing a trout and failure are not synonymous on the Ranch when a light tippet, dense aquatic weed, and a heavy fish are working against you. And while several respectable fish were hooked on the first day, Gerhard ruled it a success despite landing none of them.

Ryan and Gerhard spent the 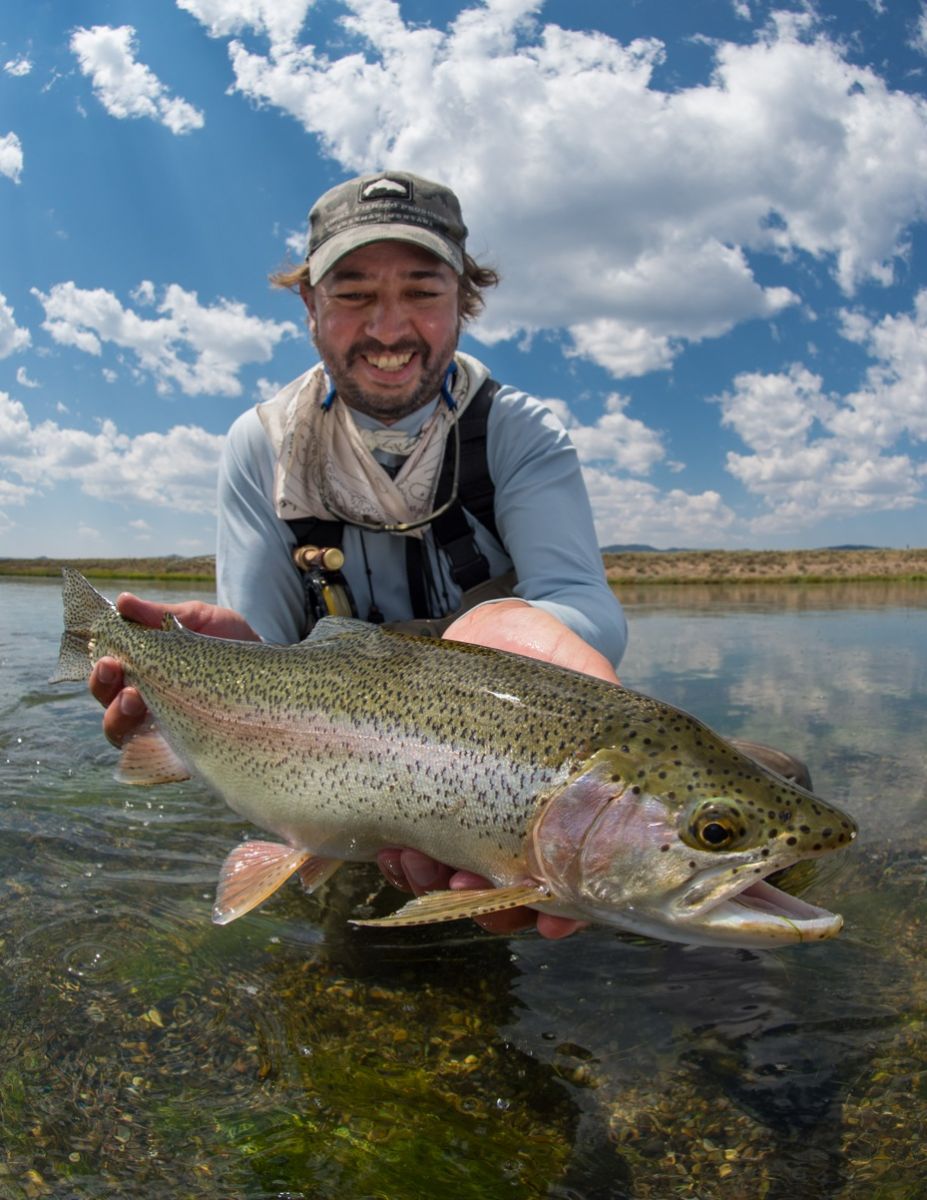 second and final day in spot and stalk situations that produced a memorable rainbow for both newcomers to the Ranch. The level of satisfaction with their initial experience was made obvious at day’s end when they voiced their plans to return in June of the coming year.

Our South African friends had met the Ranch on terms learned from a distance of many thousands of miles and they played the game by the traditional rules established over the decades by the reverence of many who preceded them. I look forward to seeing them again.