Opening weekend in Montana is always the 3rd Saturday in May, usually a time of high and muddy water throughout the region. The family and I were opening up the cabin on Henrys Lake and getting excited and ready for another guide season at TroutHunter. Our time together becomes a premium during the guide season as I stay in Idaho working, and they are in Bozeman, where we live, 2 hours away. Fran is very busy as a sought after wedding photographer during the summer, and Miles gets some extra time with grand parents, sorta win win! That's how you do it in Montana...gotta make hay when the sun shines. 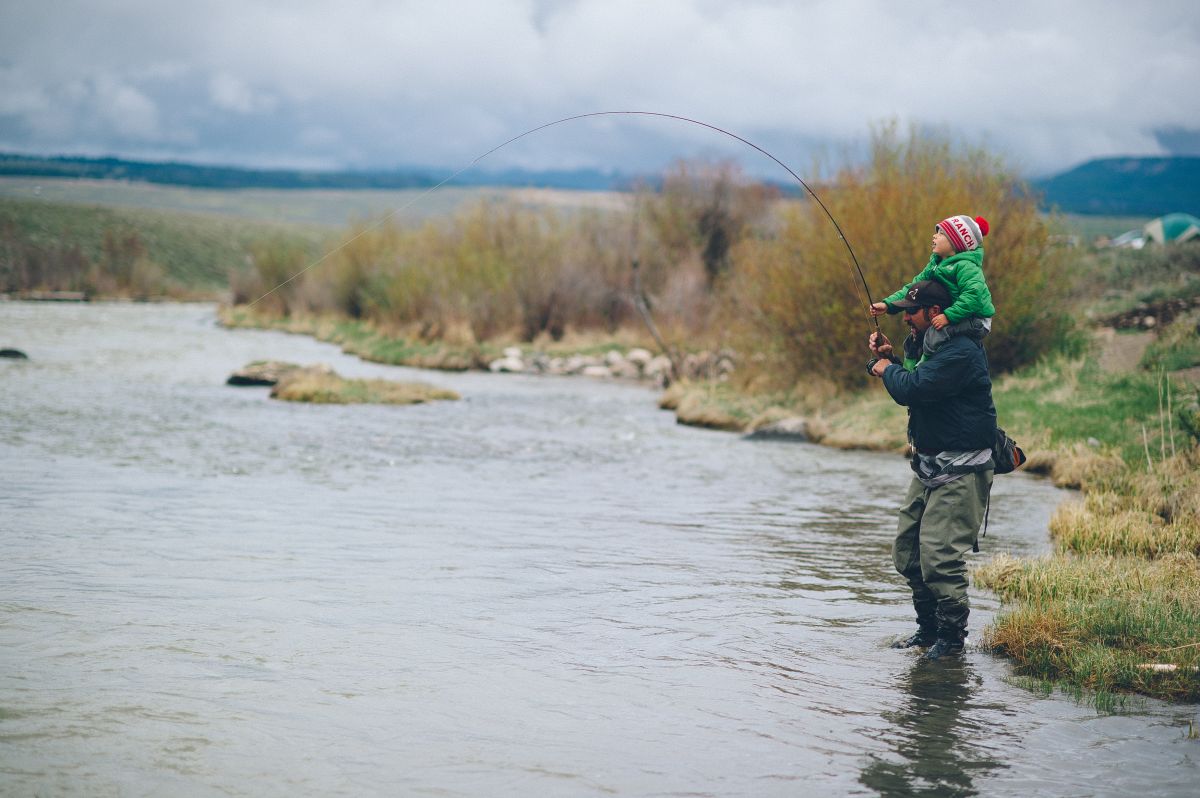 We chose to fish that opening morning at Reynolds Pass on the Madison, just a few minutes away from Henry's Lake, and get a jump on it before the masses of anglers descended on one of the only games in town at this time of year. Our mobility in the walk wade section was hampered a bit by the plastic bulldozer, and small unpredictable feet of the boy. But we set up a little claim, did some excavating and fishing. The low flows out of Hebgen, and feeder stream turbidity made for less then a foot of Vis. Not a problem on the walk wade section of the Madison. Find the slowest water against the shore, or between boulders and fish it just like in the textbooks, subsurface, something they can see, deep and slow. Numerous times I would look up from our goat show and see anglers standing exactly where the fish are, and fishing out into the fast hard seams. Don't be that guy. Fran got a few nice ones, and the boy had numerous assists, and I had fun taking it all in. The time together is what you remember. After a few hours of comedy and fish catching, naptime was calling for the boy. Besides we had Jon and Jody Steihl’s wedding to go to that night!