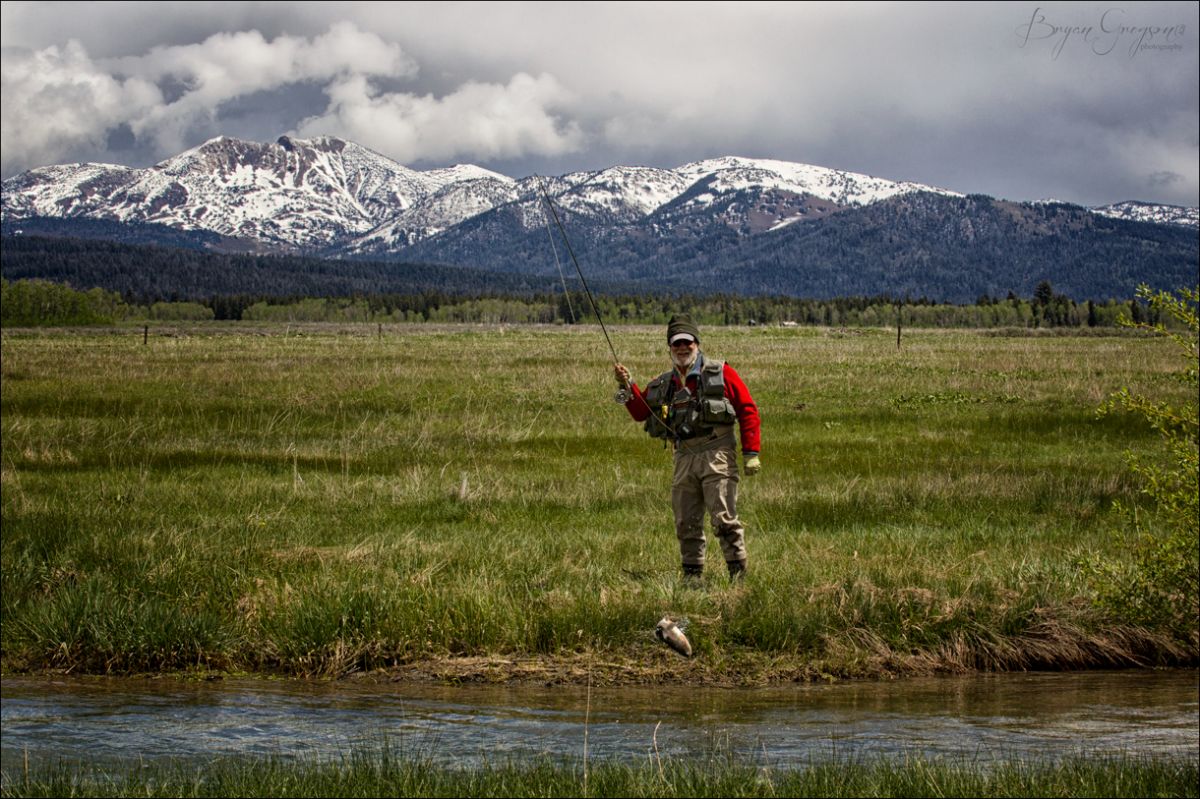 Mornin' sunshine!
It's been a messed up mishmash of weather 'round these parts. The Memorial Holiday brought a combination of cold north wind, heavy rain and even sturdy bout's of snow. The valiant few who chose wisely and ventured out in such a diverse position were rewarded with grand mass. Recent cold spells slowed and even ended certain Slammin'y movement, but as the storm passed & the weathered improved, the remaining Salmonflies took fight with Golden's -hot on their heels. This made for some outstanding fishing as we marched in to June. March Browns are all but wrapped up, but we're seeing steady caddis activity, growing stronger by the day. The PMD's are showing down low, the Drakes are restless and there's nothing left to do but smile smile smile. Yes indeed compadre, the weather here looks fine for a Ranch opener and the entire season, in fact, if everything shakes out. All the old faces, as well as a few new ones are showing up & the Last Chance area is filled with some fun energy. Read below for a re-cap, report and what to expect when you find yourself on the hallowed banks of the Henry's Fork. 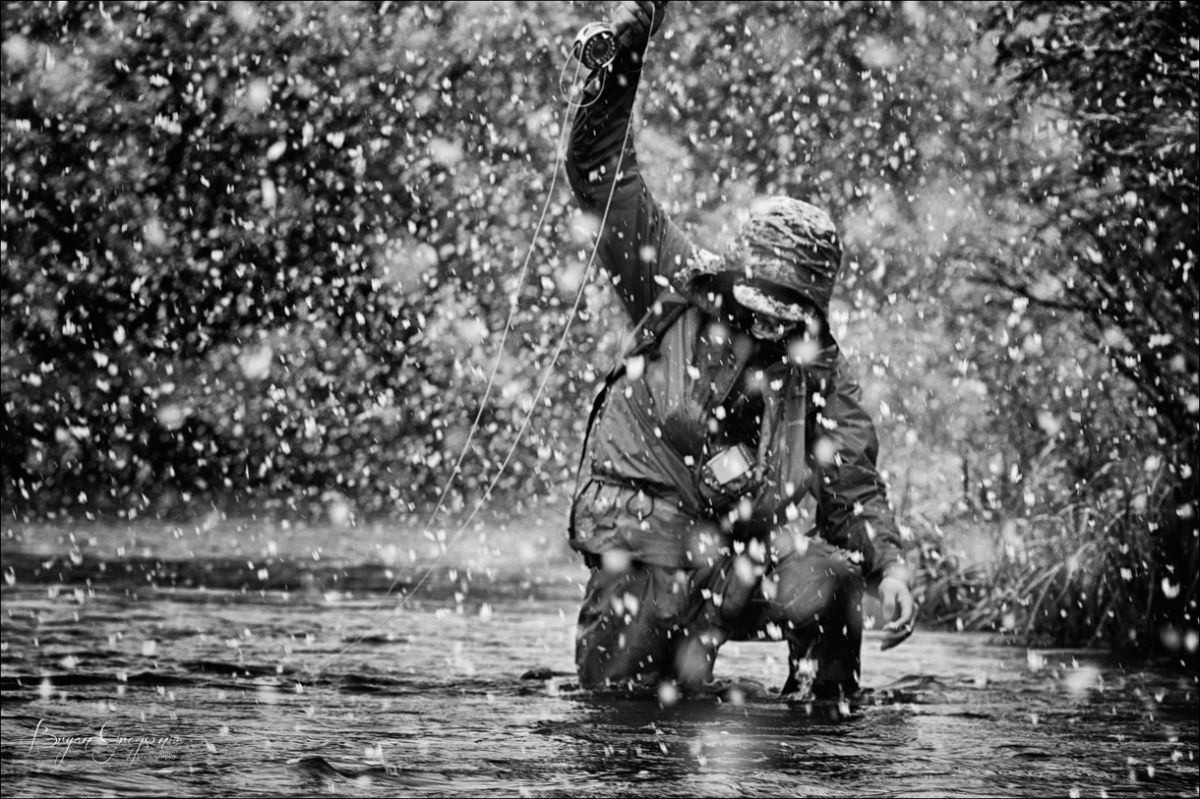 HENRY’S LAKE TO IP RES: Big Springs in pushing 101cfs in to the system. Henry’s Lake Outlet continues to pump out killer fishing day in & day out. The fish are stacked in like cord-wood and modestly simple to catch. Nymphing almost anything with color or a bead will get it done, but mix it up with a dry fly or streamer pattern for an added challenge. This stretch can get busy this time of year, so spread out & give your fellow angler a little elbow room. There’s enough fish for everyone and this is a solid option for 1st timer’s and novice anglers alike. The Vast area around Macks Inn is loaded with spawning suckers right now, look for opportunistic trout behind sucker redds for a lil’action. 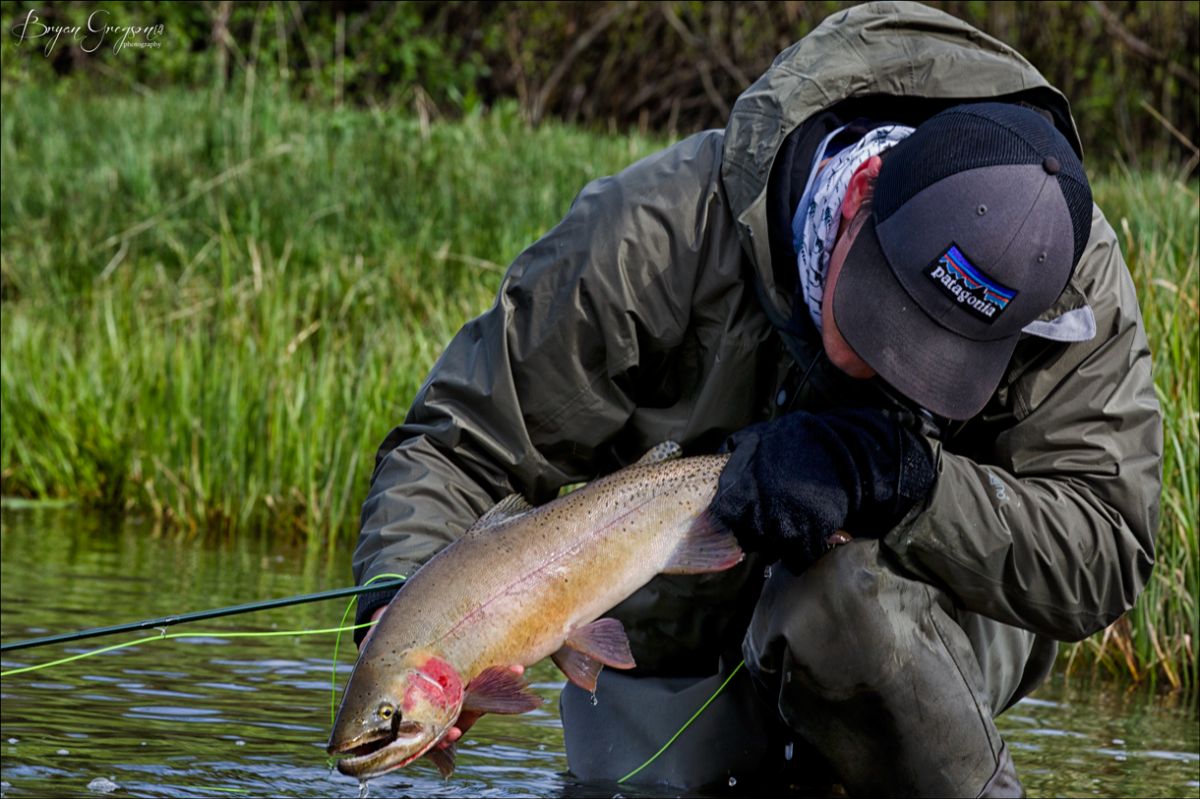 BOX CANYON: Flows from IP are currently holding steady at 910cfs. The big orange bug has come & gone, but the larger fish in this reach won’t soon forget that sizable meal they were just feasting upon & the Golden Stones are already reaching for dry land. Fish big robust dries, dry dropper rigs or run a Rubber-Leg paired with a smaller Beadhead for steady action. If you find yourself under gray skies, cable up to meat & pound all likely holding areas. The "Box” is really turning on and should only get better as we fish through June.

LAST CHANCE TO RIVERSIDE: This little piece of river real estate is gaining steam daily. The March Brown emergence is beginning to fade, but on the right day you’ll still see fair numbers. If you see a good fish rise, don’t hesitate to run a good March Brown pattern through the strike zone. Caddis are bouncin’ daily & the trout are taking notice. Come prepared with a strong selection of Caddis life cycle patterns and round it all out with a few ants & a beetle for additional opportunities. The PMD’s are just beginning to show so get ready. 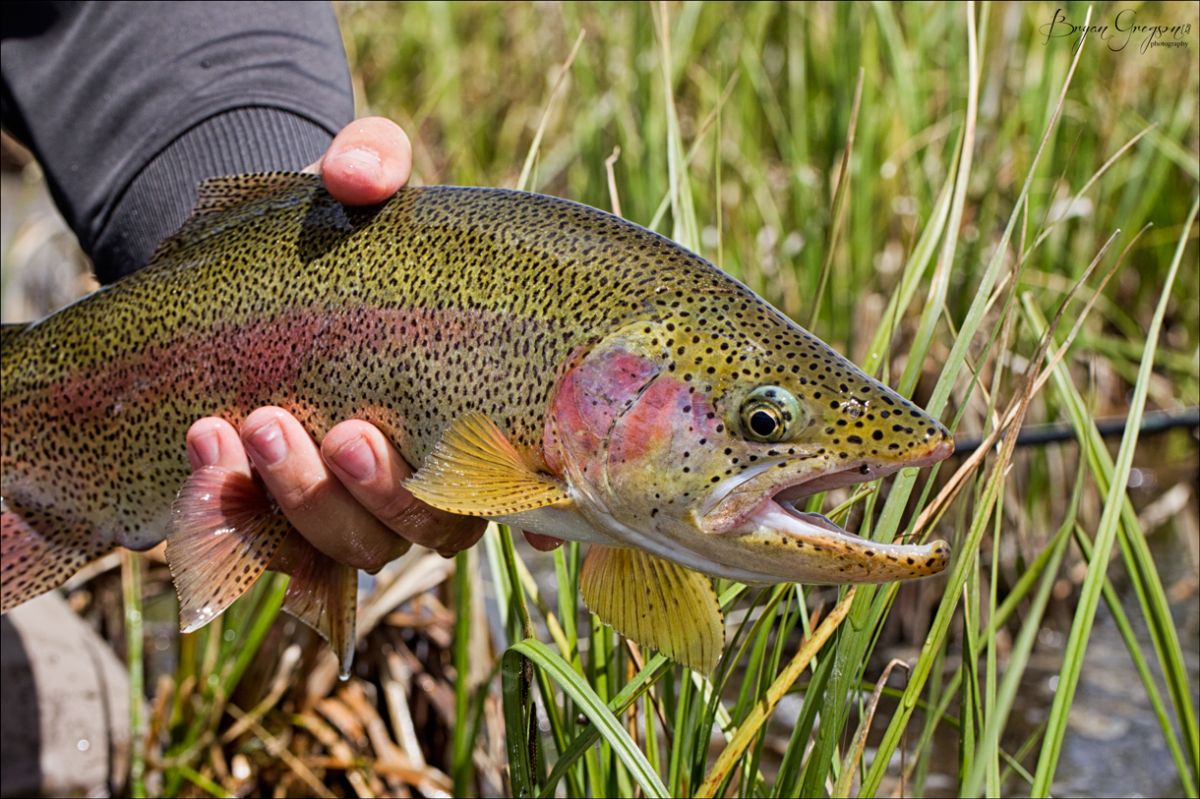 RIVERSIDE TO ASHTON DAM: This sporty section of the Henry’s Fork drainage has provided top notch fishing for the past month with no signs of slowing down. The Salmonfly hatch was absolutely prolific offering angler’s busy fishing on a daily basis. The Golden Stones are running strong & come prepared to see caddis, PMD’s & few Green Drakes as well. When the dry fly action slows, pull out a big meaty streamer and work all the dark cuts, dumps & shore side structure. These floats and 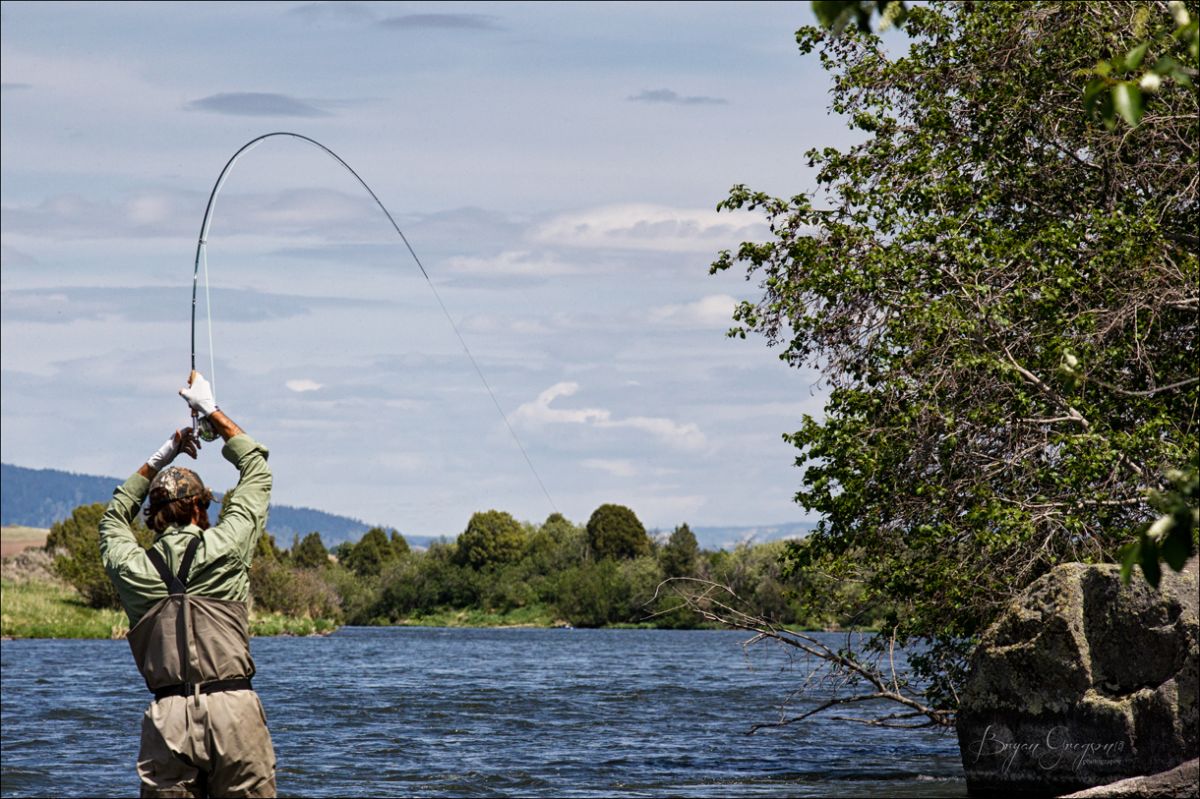 ASHTON DAM TO CONFLUENCE WITH SF: Flows out of Ashton Dam are currently running 1,990cfs. The Salmonfly hatch was utterly mind boggling on the Lower River this year, but just as it peaked we received a strong cold front which stopped it dead in its tracks. There were some true behemoths landed during the hatch & it appears that the fish benefited greatly from the large number of bugs. The Golden Stones are out in force now, adding more weight to their already stuffed bellies. The Caddis, PMD’s &  even a Green Drakes are out too, making for many choices & solid fishing options all along the Lower River. Bring along the streamer box, if the weather goes south, you’ll need it.

STILLWATER OPTIONS: There are mixed reports coming from Henry’s Lake. It’ll fish well one day, then slow down considerably the next. Anglers are using a mix of Leeches, larger streamer/bugger stuff & a wide array of stillwater nymphs from Chironomids to Damsel/Dragonfly patterns. If you find fish, stick around for a while and employ different techniques and presentations. The Lake will improve as the weather and water stabilize a bit more. Hebgen can be pretty much the same story, with better reports coming from the Chironomid fisherman. A strong Midge hatch will bring up a few Gulpers and sight fishing to bank cruisers with Terrestrial patterns is beginning to be an option here. Things can only get better on the Lakes, so stay tuned.

MADISON RIVER BELOW HEBGEN: Hebgens pushing 2,100cfs. The Maddy is still fishing strong for Anglers running Rubberleg rigs tight to the bank. Team one up with a SJ Worm to double your chances and pulling Streamers is a no-brainer in the broken water below Quake Lake. Between the Lakes is fishing strong as well right now, with some larger fish being taken daily on big articulated streamer patterns. The Salmonfly hatch may be a week or so early this year, so we’ll keep ya posted. 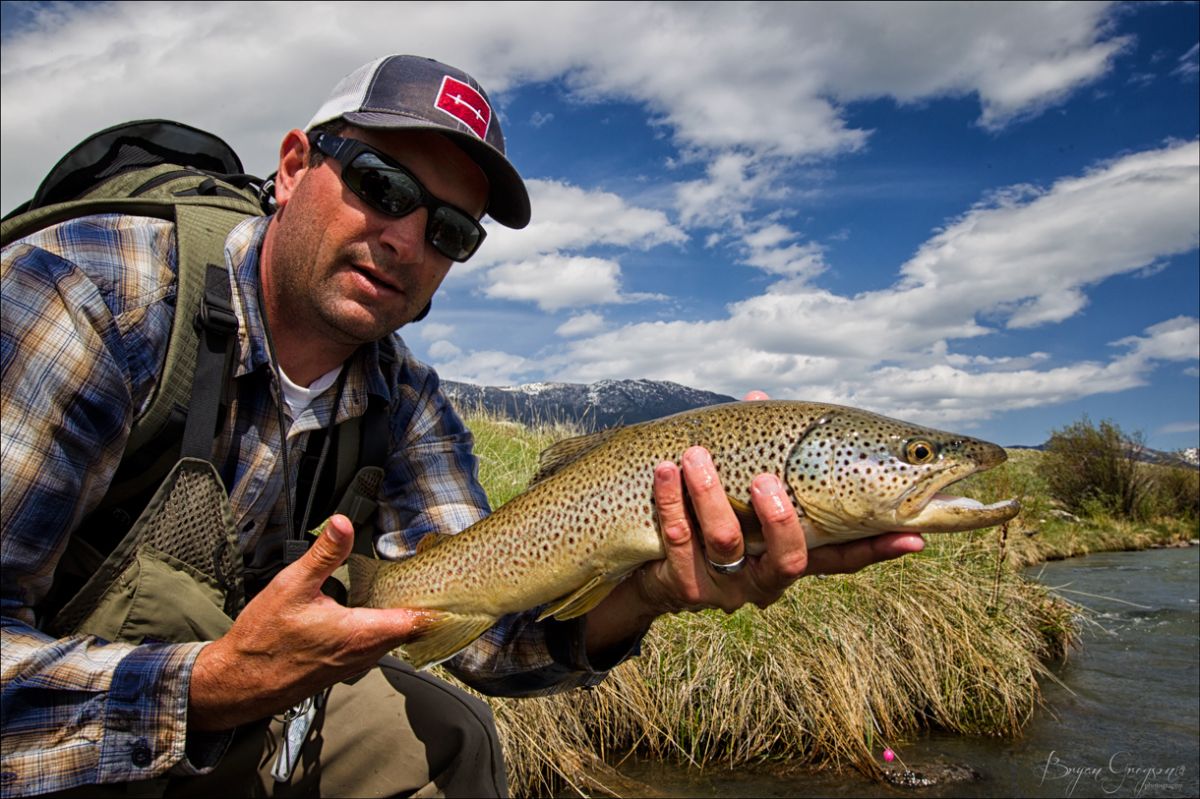 When you find yourself up on the hill, stop by the ‘ol TroutHunter for everything you may possibly need for fun filled day of fishing here on the Henry’s. The Bar & Grill is open 7 days a week now for breakfast, lunch and dinner. Stop by for a delicious meal or cold drink in between fishing sessions. See you soon.