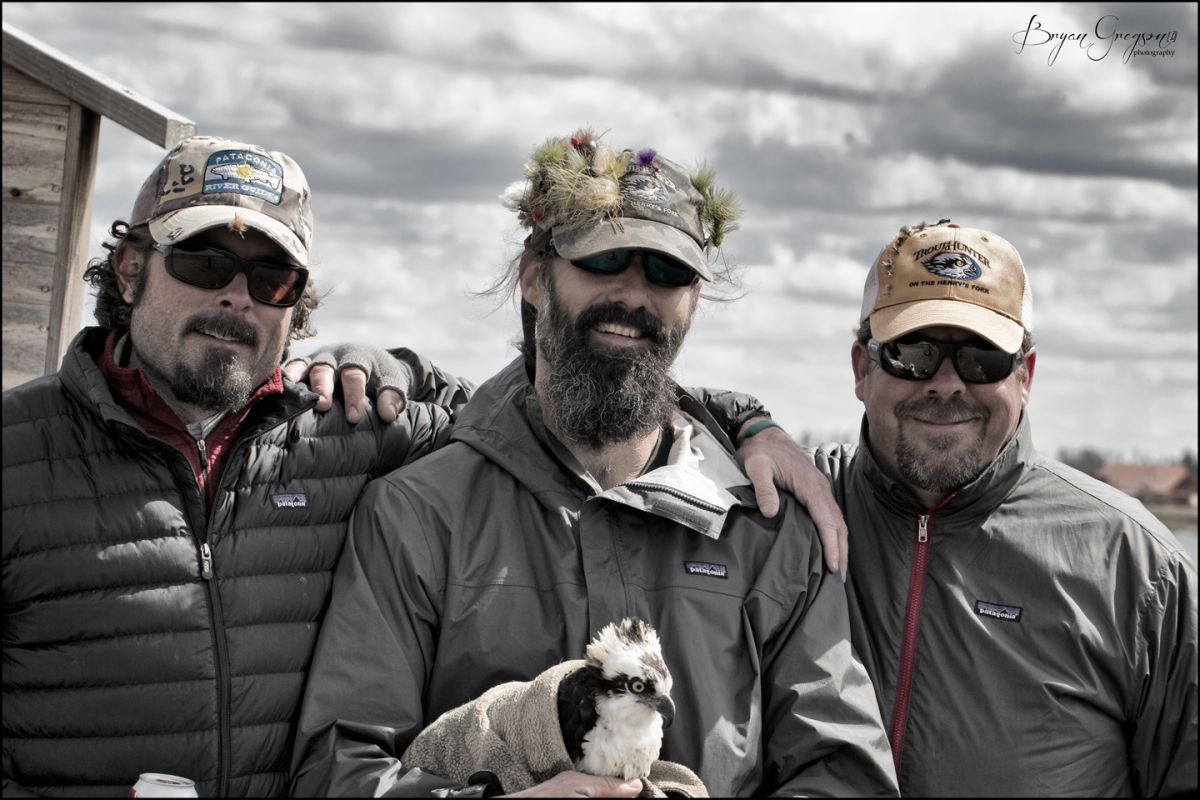 UPDATE SNIPPETS:
From The Henry's Fork Foundation Facebook page:
"The Box Canyon Osprey rescued Sunday has been taken to the Teton Raptor Rehabilitation center in Jackson Hole, WY. She is a young female, a bit malnourished. It appears she has either a break, or dislocation of the clavicle on the left side. While injuries like this in Raptors used to require invasive surgery, new understanding and techniques now allow avian veterinarians to set the wound using special wraps and therapy, which will be applied in this case. Sixty percent of raptors with this type of injury are successfully returned to the wild."

Box Canyon Osprey update from Jason at the Teton Raptor Center in Jackson Hole, WY: "The osprey is eating and we are just waiting to see what she is able to do, physically, in a few weeks. Our vet had forwarded the new x-rays to an exotics vet at CSU and we just heard back from him today. He is not able to see a fracture but thinks that it is actually a dislocation of the corocoid. These are able to heal on their own with some success. Same as a fracture, a surgical option doesnt' have any better release success because of the damage to the muscle during the operation. Our vet's plan is to limit movement and wait. We have her in a small chamber that is just big enough to spread her wings but not fly."

UPDATE: According to Jason at the Teton Raptor Center, Ozzie is making progress.  On May 21, she participated and completed a "Flight Test."  She was able to fly back and forth in the designated flight chamber a number of times.  A big improvement from when she arrived.  However, due to the demands of the Osprey lifestyle, she will be at the center for a while longer gaining more strength and endurance in hopes of a complete recovery.

The TroutHunter crew is hopful for a full recovery & once she is healed, she can be released back to her home in the Box Canyon on the mighty Henry's Fork River. We will keep you updated on "Ozzie's" progress.

For more information on the Teton Raptor Center click [HERE]