With the rays of a low angled sun filtering through a shimmering cloud of transparent wings, the day holds promise.

You must rise early to catch the Trico spinner fall on placid water coursing slowly through broad meadows that are now beginning to assume the auburn hue of an approaching autumn. In the final stage of their life cycle, the last act of the tiny, dark mayflies is to deposit eggs that will begin the next generation, but their role in nature does not end with that dying act. 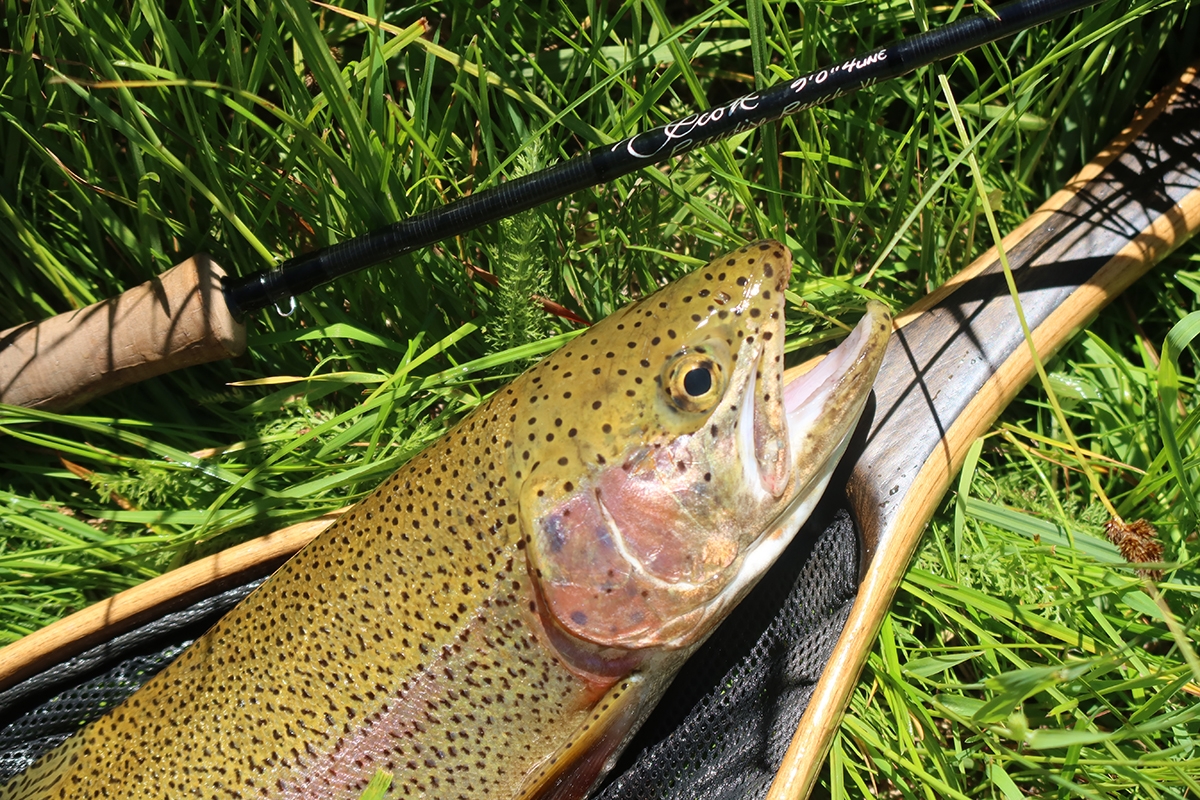 Lying spent on the water, the great mass of mostly lifeless insects becomes a prime summer food source for trout of the Henry’s Fork by eight a.m. on nearly every morning from late July through mid-September. Ranging from size twenty through twenty-four, they are a test for even the most advanced angler.

Fortunately, the same warm conditions suited for Tricos also are welcome to Callibaetis and PMDs in the same stage, and these significantly larger mayflies frequently will overlap the last of the Tricos at around nine a.m. and their availability to trout will typically extend for at least an hour.


It is generally a late morning breeze that brings an end to the spinner fishing, but on the year’s warmest of days the action is just getting started.

Emergence of the same three mayfly species can be a component of the summer experience on the ‘Fork until well past noon, and it is a mistake to forget about caddis during that time frame. 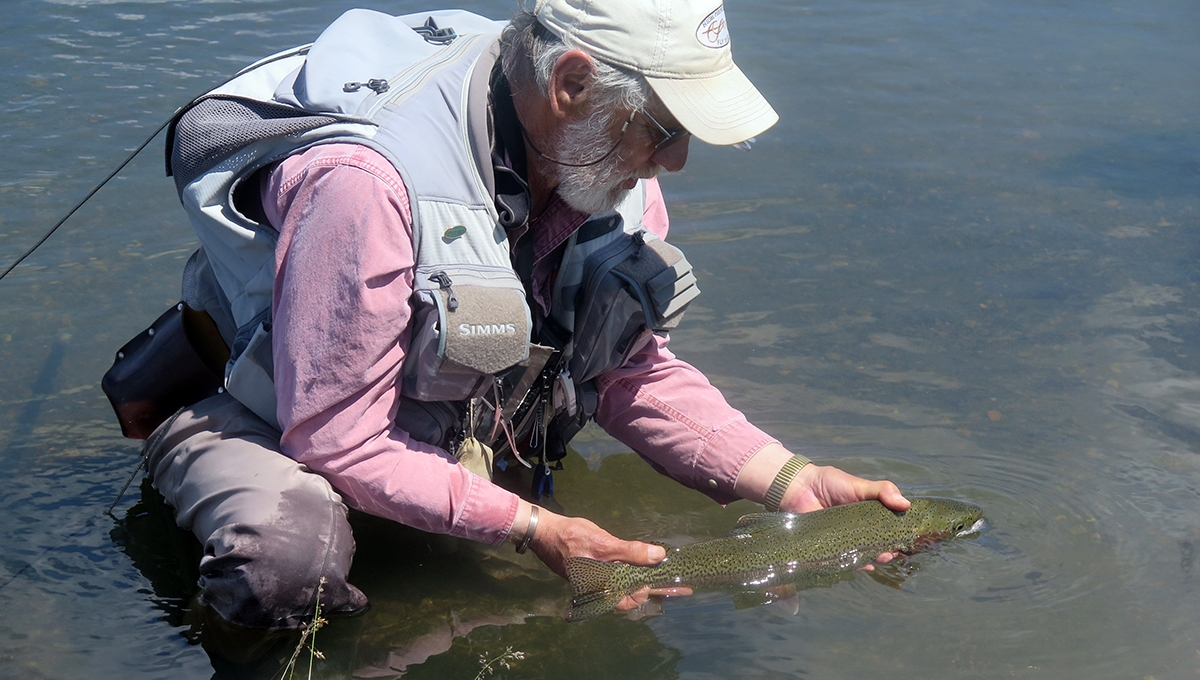 Considered a curse by many who view its presence as a signal for the end of fishing for the day, an afternoon wind can bring the start of another round of warm weather opportunity for those willing to assert themselves against its disruption to casting comfort.

From their habitat within the withering vegetation at water’s edge, ants, beetles, and hoppers can be delivered in great abundance by a wind favorable mostly to the trout. Few items from a vastly diverse menu seem to generate stronger enthusiasm than a helpless terrestrial trapped on choppy water with no chance of escaping the intent of a hungry and opportunistic rainbow. And with little lapse in the term of daily availability, these land-based insects can keep an ambitious angler on the water until the cool of evening brings calm back to the river.

The final hour at the end of a summer day may be the most magical of any time to be casting a dry fly. Relieved from the heat and free of complication from the wind, one can finish a long days’ fishing in a state of comfort and relaxation with an encore appearance of mayfly spinners and mating caddis.

Pitifully small in number when compared to the prevailing conditions at high elevation, the warm days on the Henry’s Fork are to be treasured as something truly special. 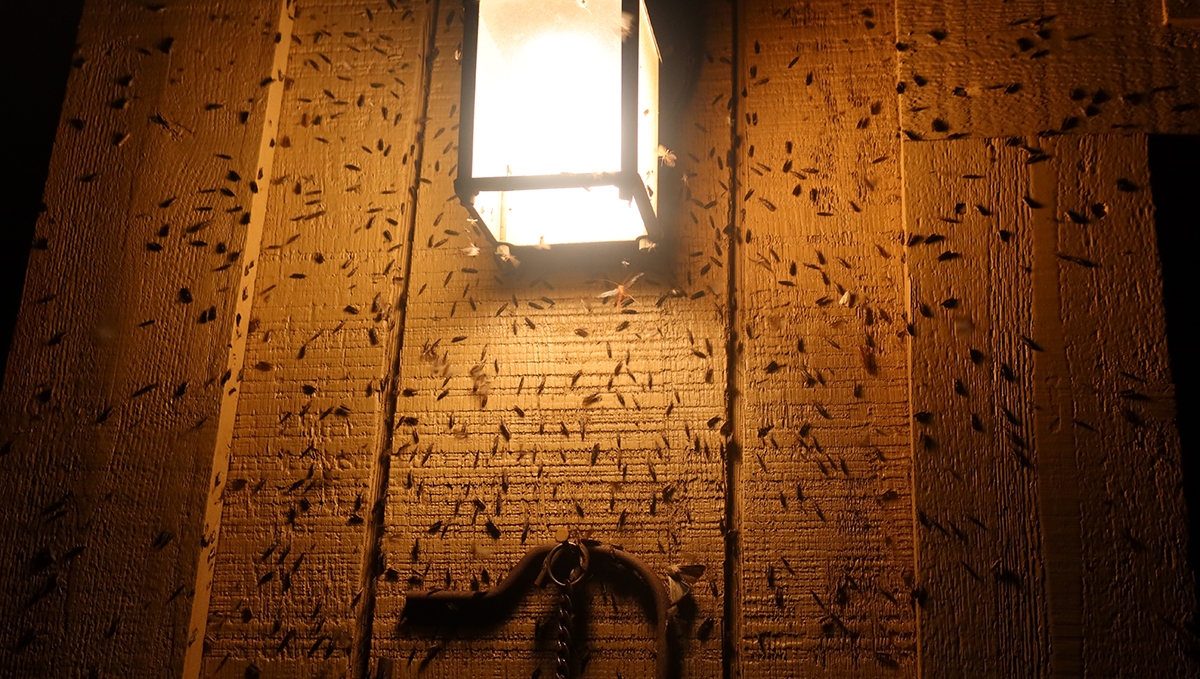