As a year-round resident of the Henry’s Fork, I am given opportunity to access its riches in all seasons. Because there is more to existence than fishing, the quality of life in this remote community also hinges on a unique element of safety that in recent years has actually superseded the pleasure and convenience of having a world class trout stream literally at my doorstep. 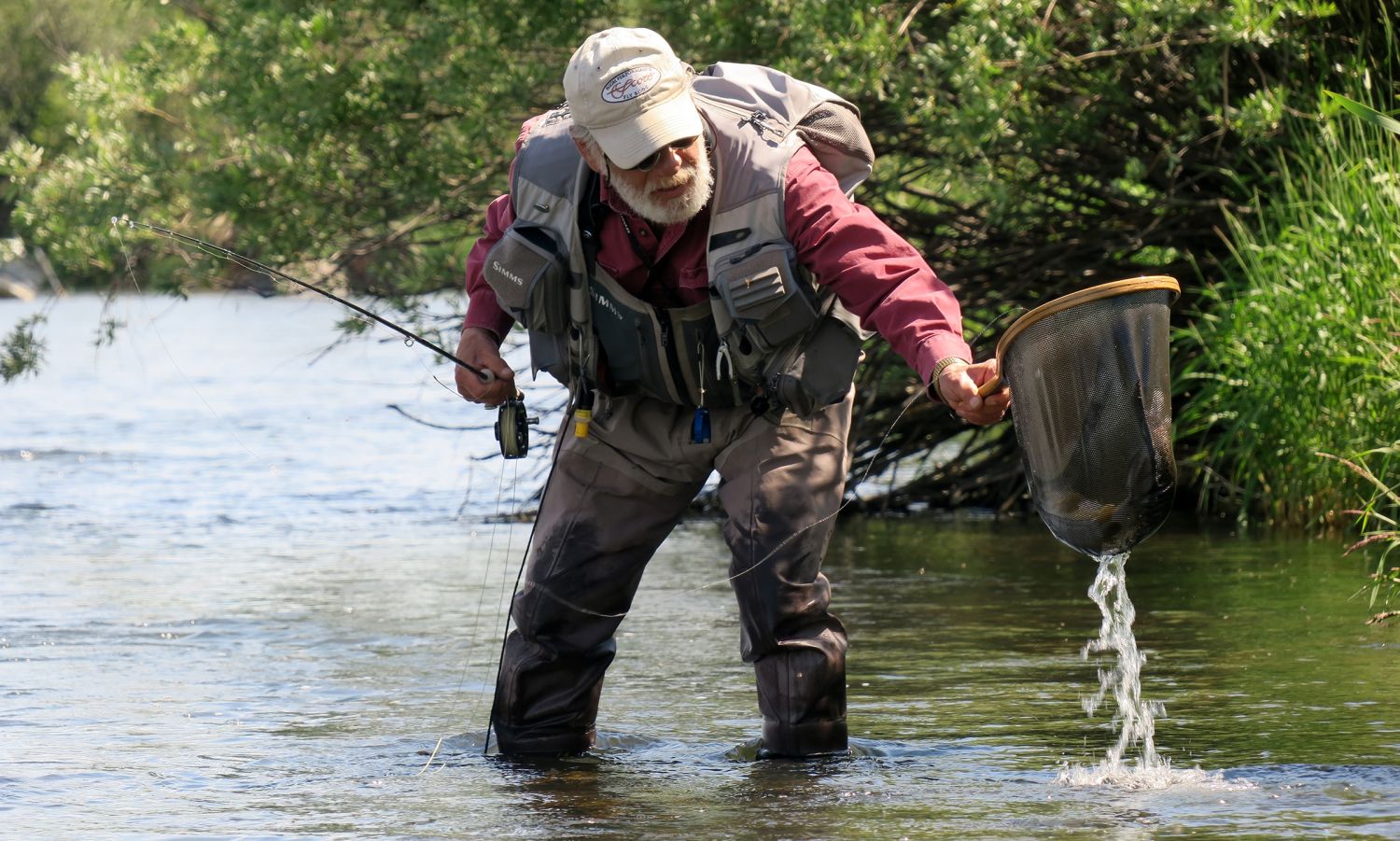 With a low population of human inhabitants, much of the world’s chaos has largely been viewed from the sideline. However, I realize the threat posed by COVID-19 is very real and its effect is not necessarily limited to those actually contracting the infection. Though I do not know an actual victim of the virus, the past three months have taken a toll on a generally optimistic outlook as the associated restrictions on normal human behavior have brought unwelcome clutter to a reasonably clear mind.
For that reason, there was a particular sense of relief and gratitude in seeing a loosening of constraint resulting in a somewhat routine appearance in our community as the prime season on the Henry’s Fork got underway.

Defying most local expectation, the June 15 Ranch opener was as busy as any in recent memory. With Last Chance Access filled to capacity with visitors, the quiet of the preceding weeks evaporated instantly into bustling activity that has continued since that date.

With the entire length of the Henry’s Fork now open and fishing very well, it has become quite apparent that wide spread craving for relief from recent confinement is being satisfied by its soothing flow.

While legitimately perceived as an invasion of sorts, it is quite understandable that escaping to the water might be the most effective means of mental survival, which may be the most elusive of aspirations in these troubled times.

From experience, I know that a rising trout can cancel all distraction beyond the matter at hand, and that is regardless of the outcome. With uncertainty continuing to cloud the future, even a brief mind clearing respite from the pressure could not be more welcome.