Though not without lingering snow and chilling temperatures at times, the long journey to spring through another Henry’s Fork winter has reached an end. This proclamation is based upon the signs of awakening observed along the river rather than a date on the calendar and much of what appears at this time can provide a road map for the fly fisher as a new season gets underway. 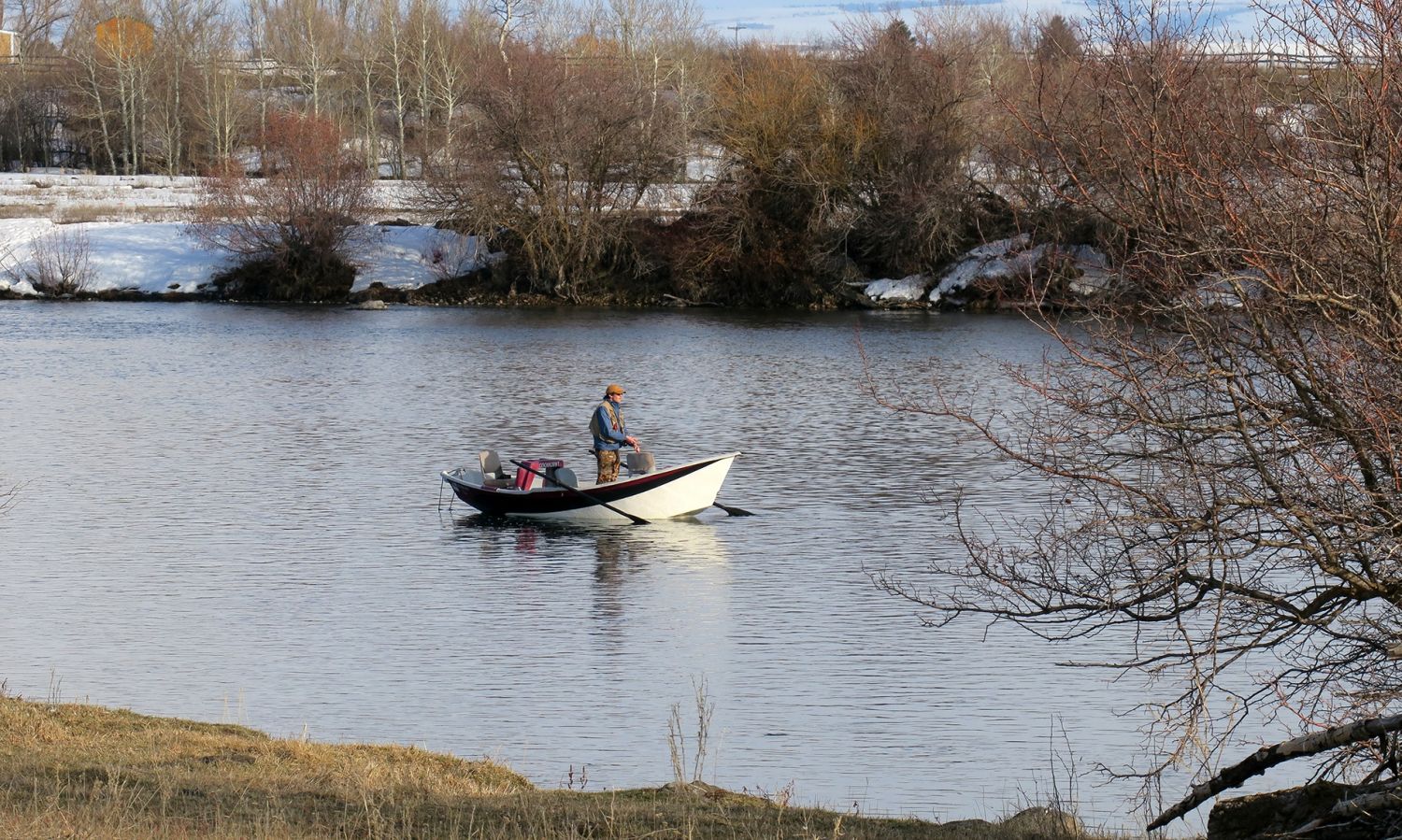 With expanding hours of daylight comes a proportionate increase of fellow anglers as access to the water opens up along the lower Henry’s Fork. Once denied by launch points buried beneath several feet of snow, the sight of drift boats becomes a familiar sight on water that will not be truly rested until winter again asserts its control.

Upstream at higher elevation, stretches like Last Chance Run will remain the exclusive domain of wading anglers for perhaps another month but for those willing to push through snow still reaching well above the knees, the rewards can be substantial. Reports from locals close to subject reveal impressive numbers of trout in all age classes rising to midges and spring Baetis as water and air temperature warms and aquatic insects become more active.

Strengthening a sense of optimism is the level of spawning activity, which for rainbow trout is a spring event. Beginning in mid-March and extending through April, just watching this renewal of life can provide as much spiritual uplifting as any indication of river health to be found. Elevated from weaker reproductive performance in the recent past, the current number of spawning Rainbows in the lower Fork indicates a reversal of weakening in this vital species when compared to resident Browns. Most will agree that a healthy balance between these two magnificent species of trout helps to define what makes this part of the river so diversely exceptional.

Of greatest significance in a positive outlook at this time is the continuation of nurturing flows that again exceeded 500 cfs through the critical months of winter. In addition to preserving the youngest generation of trout, this thoughtful management of water brings benefit to all facets of aquatic life in our beloved river.

Looking forward, a solid snow pack bolstered by periodic late winter storms and conserved by extended cool weather bodes well for stable summer flows when demand for water is at its peak. And, hopefully, a solution can be found for problematic releases from Island Park Reservoir and resulting sedimentation in the river downstream.

Along with other factors, superb fishing at this early date gives rise to reasonable expectation for what lies on the road ahead with respect to the health of the Henry’s Fork and its trout. Though always a sanctuary, its offering of retreat from the perils of a troubled world has never carried greater value.