In the season of gifting it is once again nature’s bequest of water that brings another year to a close on the Henry’s Fork.

As in the previous year, 2020 has arrived with the comforting knowledge that the aquatic community below Island Park Dam will benefit from winter flows roughly equal to the 500 cfs of 2019.

Specifically established as a key factor in rebuilding a diminished trout population it is also quite logical that weakened hatches of aquatic insects will respond accordingly when adequate water during the coldest months serves to assist the survival of all life in the river. Evidence of this likelihood appeared early last year when late winter found good numbers of trout rising to midges almost daily at Last Chance and also below Ashton Dam on the lower river.

In a rainbow fishery, February is a time to appraise juvenile survival as adult trout begin prepping for the spring spawn. While a fish of fourteen inches or smaller will gain little interest in a different season, rising trout of any size are a welcome sight after weeks of dredging deep with a nymph or streamer as the only option to no fishing at all. The generous hours of presenting tiny midge patterns to a seemingly limitless number of small but spirited targets could not have been more appreciated by a winter weary man starving for the dry fly. And it was that uplifting abundance of young, healthy trout that ushered in the 2019 season.

With March snowpack at 120 percent of average, most of my fishing was concentrated on the lower Fork when the early Baetis began to mix with the reliable midges. By early April the BWOs had taken control of dry fly fishing and the larger trout again took interest in feeding on the surface.

Boosted by higher and therefore warmer water, a blend of Baetis and March Brown mayflies routinely would blanket the water on overcast days when conditions were perfect for these early spring arrivals. And by late April the first caddis made things even more interesting for the rainbows and browns of the lower river. Moving back to Island Park in early May brought a continuation of superb dry fly fishing as cool and damp weather kept the same hatches going strong for much of that month. 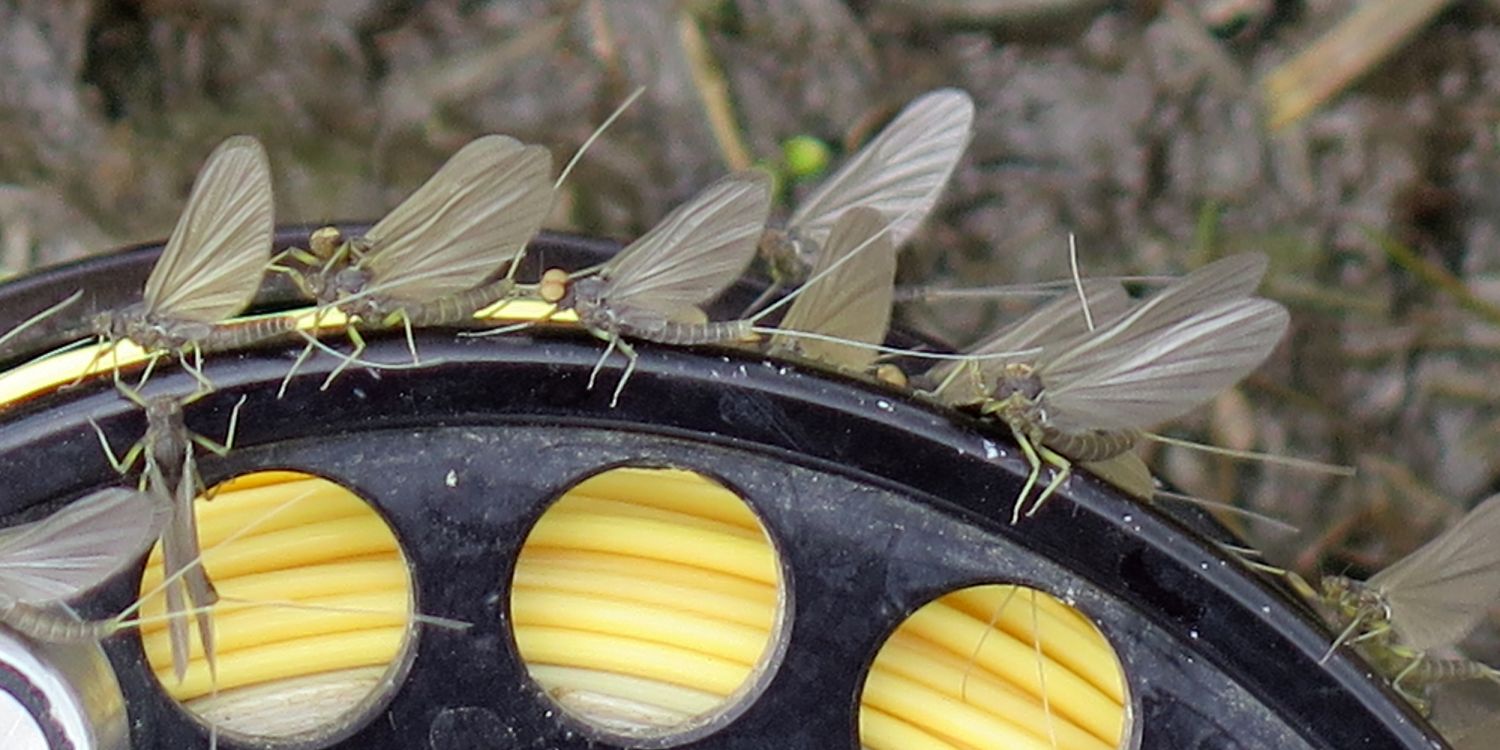 As is usual, June of last year was a frenzy of rushing up and down the Henry’s Fork between Last Chance and St. Anthony in an attempt to hit the peak of hatches like Salmon Flies, Green and Gray Drakes, PMDs, and Flavs. With both insects and weather quite cooperative, this roughly forty miles of river fished as well as many can remember, and that trend continued into early July.

As is typical, mid-summer brought change to all sections of the Henry’s Fork but it is the lower river that is most impacted by peak irrigation demand and resultant flows that do not favor consistent aquatic hatches. And while hopper fishing can be outstanding downstream from Ashton Reservoir, most anglers will find the fishing more attractive upstream until early fall.

Dry and warm weather stretching well into September placed especially strong emphasis on the more technical side during the usual summer hatches of PMDs, Callibaetis, and Tricos on the slower stretches of the Caldera section. Loyal and familiar trout hunters held captive to the intensity of weeded currents, complex hatches, and ultra-selective trout were rewarded by satisfying numbers of mid-size trout that met every characteristic associated with the Henry’s Fork experience.

While numbers of the much-anticipated Honey Ants failed to meet hopeful expectations, smaller Black Ants, Beetles, and Hoppers made solid appearance during the Terrestrial season which began in late July and ran well into September. 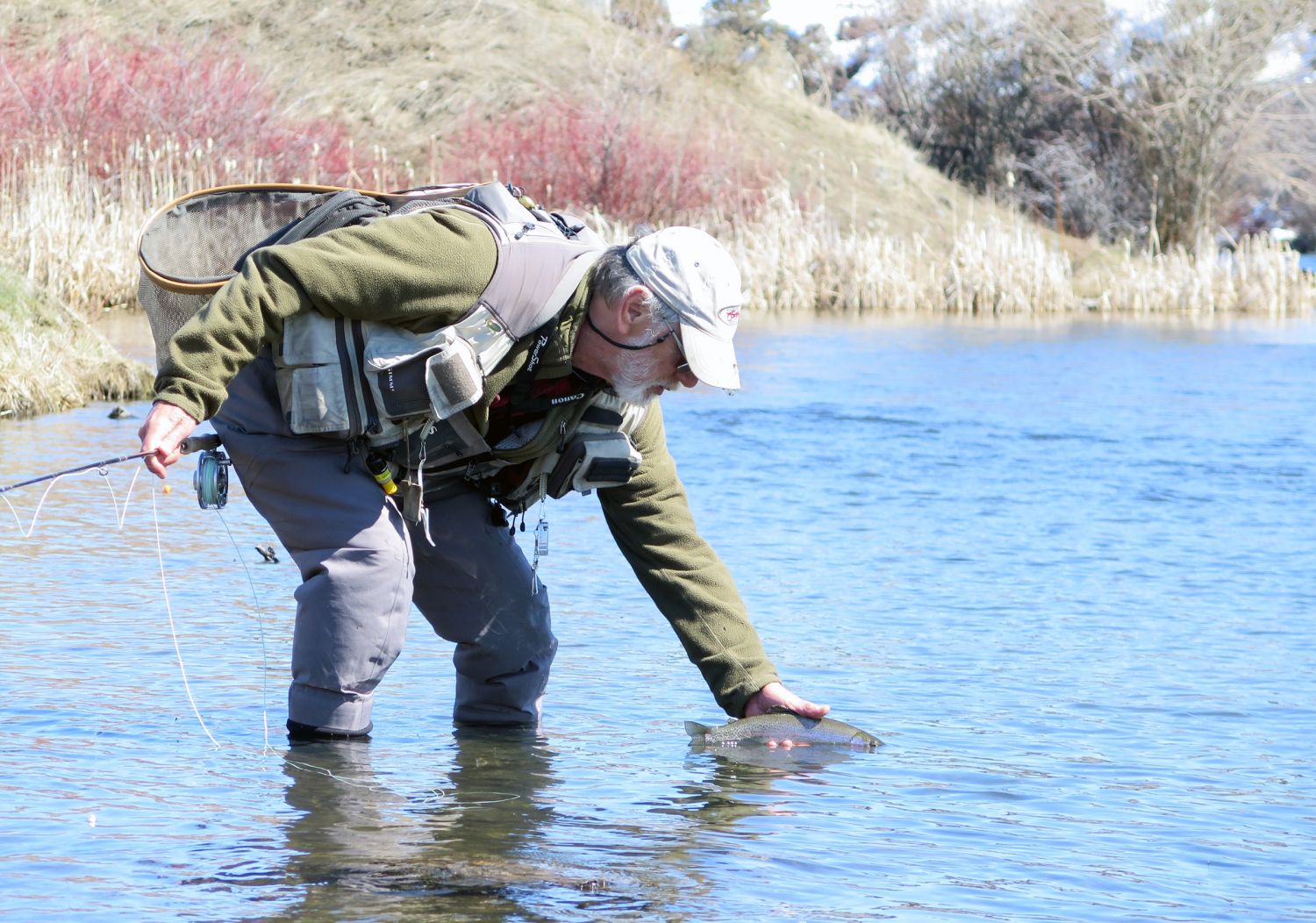 Abrupt change occurred as October drew near and weather shifted to unseasonably cold and wet conditions that would dominate until neatly Halloween. Though shortened somewhat by unfriendly low temperatures, the Mahogany Dun hatch seemed to ignite the Harriman water with perhaps more surface activity than at any other point in the year. This applied in particular to the Millionaire’s section where fishing was far less consistent than other parts of the Ranch for much of the season.

With physical comfort a rather sparse feature of October, human resilience was tested by snow and chilling temperatures that thinned angler numbers to an unusually low count while producing exceptional Baetis hatches on all but a handful of days.

Remarkably, November brought some of the most pleasant conditions of the entire fall and the fishing reflected the benefit of unseasonably mild temperatures with only minor disruption from precipitation.

With the pursuit of big browns on the lower river as a customary late autumn priority, I found myself conflicted far more than usual when choosing between pulling streamers or casting dry flies to persistent hatches of Baetis that kept the trout looking up deep into the eleventh month. Fortunately, the bonus of extended good weather permitted plenty of time to exercise both methods with full satisfaction. 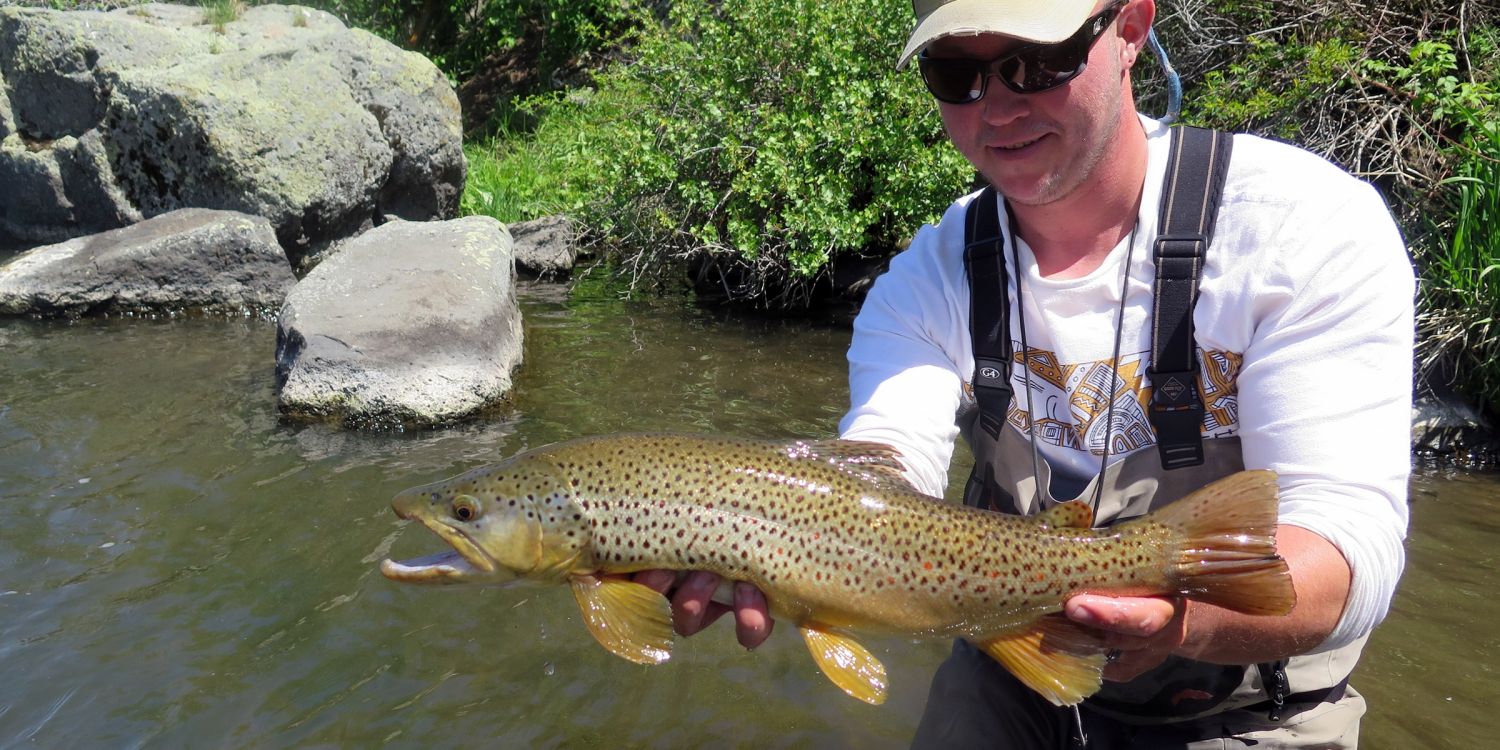 Fishing in 2019 ended just as it had begun with midges becoming the primary option to fishing subsurface nymphs and streamers on days when the temperature was not prohibitive. As in late winter last year the number of trout rising to this most humble of hatches gave ongoing encouragement for the gradual increase in the population of both rainbow and brown trout of the lower Henry’s Fork. However, when fish reaching and at times surpassing eighteen inches were added to those willing to accept the size twenty and smaller insects, optimism for the new year elevates even higher.

With Island Park Reservoir at ninety percent of capacity and the mountain snowpack near where it should be at this point in the season, forecast for above average winter flows appears to be a safe projection. But while relief in this regard is justified, concern for water quality issues remain a factor in the health of the river. This applies in particular to the continued release of sediment from the reservoir into the river downstream.

With public perception as the primary governing factor in appraising the quality of fishing in the Henry’s Fork, some confidence can be found in reporting general satisfaction among both local and visiting anglers in the year just finished. Most found good numbers of mid-size trout in the fourteen to eighteen-inch range and enough of the big guys to keep things interesting. Sadly, however, I remain unconvinced that reports of Rocky Mountain whitefish prosperity in the upper reaches is not somewhat fabricated. A ten-inch specimen in October was the lone representative of this vital native species to be personally landed last year.

Hatches weakened earlier in the decade when water conditions were far less favorable appear to be rebounding in proportion to the improving conditions that became apparent during the past three years. This was distinctly noticeable with the Green Drakes, which generated some of the most exciting action of early summer.

Most of what will be recalled by the Henry’s Fork community with respect to the 2019 season is a busy river and a lot of smiles for those walking its intriguing banks or drifting its fertile flows. And barring some unforeseen crisis, the same should be expected in 2020.