It seems to arrive each year at about this time when four of the busy six- month guiding season now lie behind. Sun weathered and somewhat gaunt, the guides of TroutHunter wear a hollow-eyed expression of weariness that will be altered only by the arrival of late October.
With names like Gaffney, Lewis, and Darby, these trepid men of the water may log twenty or more consecutive days on the oars in a work schedule that, at seasons end, could total seven times that number.

In a profession dominated by the repetitious mental and physical burden of providing a satisfying fishing experience to an ever-changing clientele, it is understandable that personal fishing might be the last thing that comes to mind on a guide’s day off. It was an awareness of this reality that made a special imprint on a recent day on the water spent with veteran TroutHunter guide, Zach Wheeler. 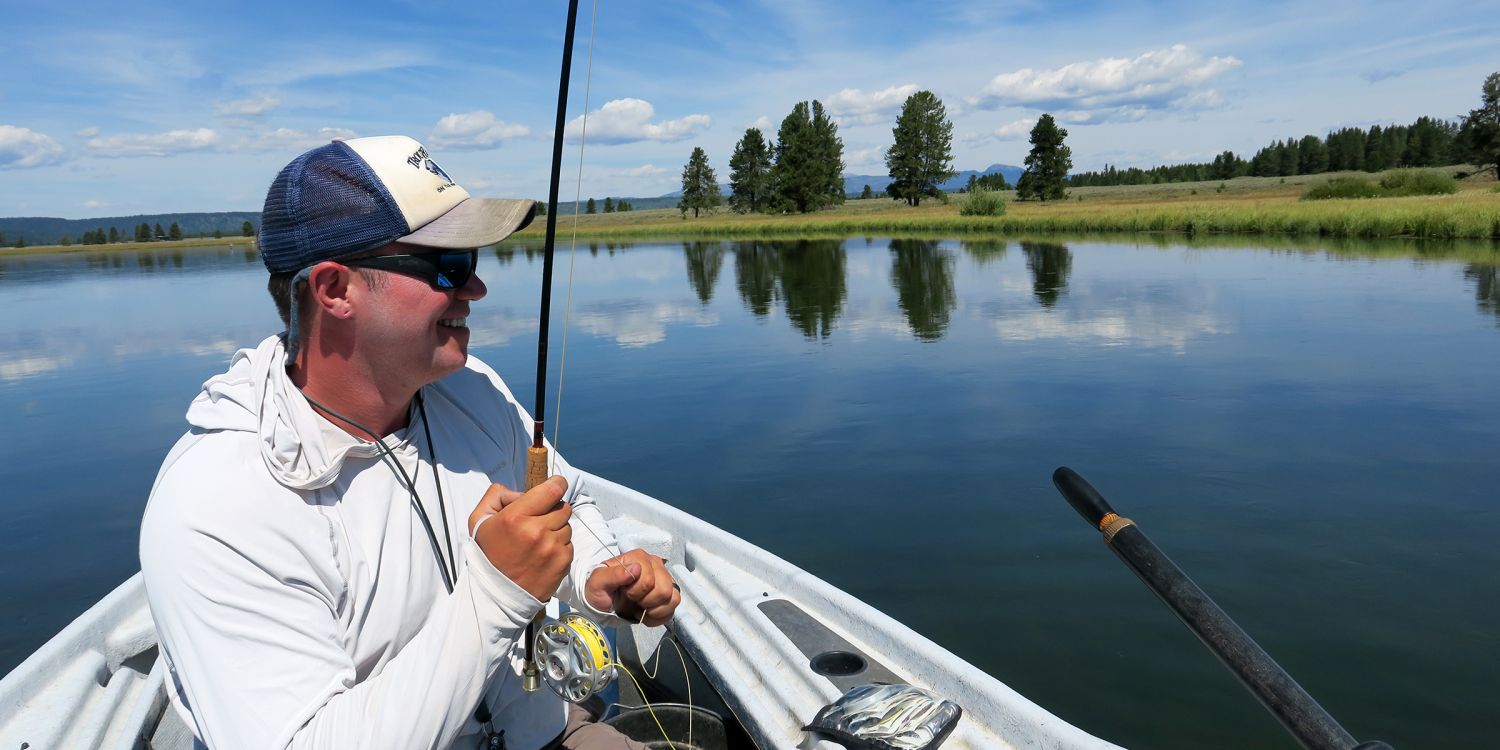 Though known as one of the most demanding stretches of the Henry’s Fork, it was Osborne to Riverside that my companion selected for an all-day float with his grandfather. Knowing that Zach relishes the challenge of getting the job done for another, testing himself against the most defiant trout in the river was not out of character.

It was Zach’s decision that we fish in the manner most typical of his professional approach to dealing with the highly selective rainbows that make even modest success a notable achievement. Though fishing from a boat is not my preferred method for confronting slow, and weeded currents, I willingly agreed to accept a guide’s plan and settled into one of the most enjoyable days of the season. 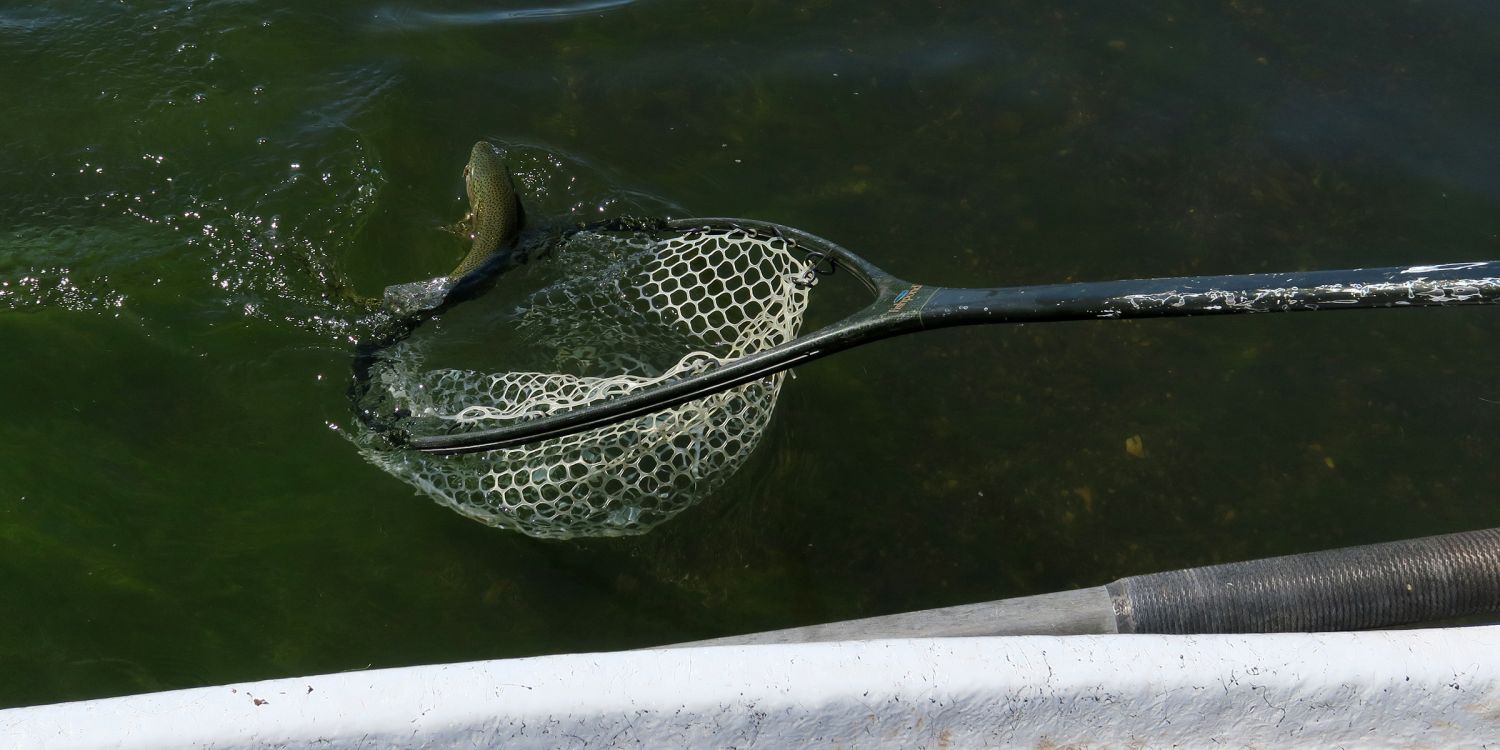 While my own fishing was not discarded, I found more pleasure in watching a deprived but highly talented angler apply the techniques that normally are experienced vicariously through paying customers. Additionally, I was fully conscious of the disparity between my own days on the water and the personal fishing time enjoyed by a full-time river guide. There was no sacrifice in allowing my grandson to take the most shots over the course of a ten-hour float. Through ever-changing variables of wind, insect activity, and trout location, Zach continually brought confirmation of the skill and knowledge required to be professionally qualified on perhaps the world’s most respected river.

Though impressive, the size and number of netted trout were not nearly as memorable as simply being in the company of a true fly fisherman who just happens to be a river guide. 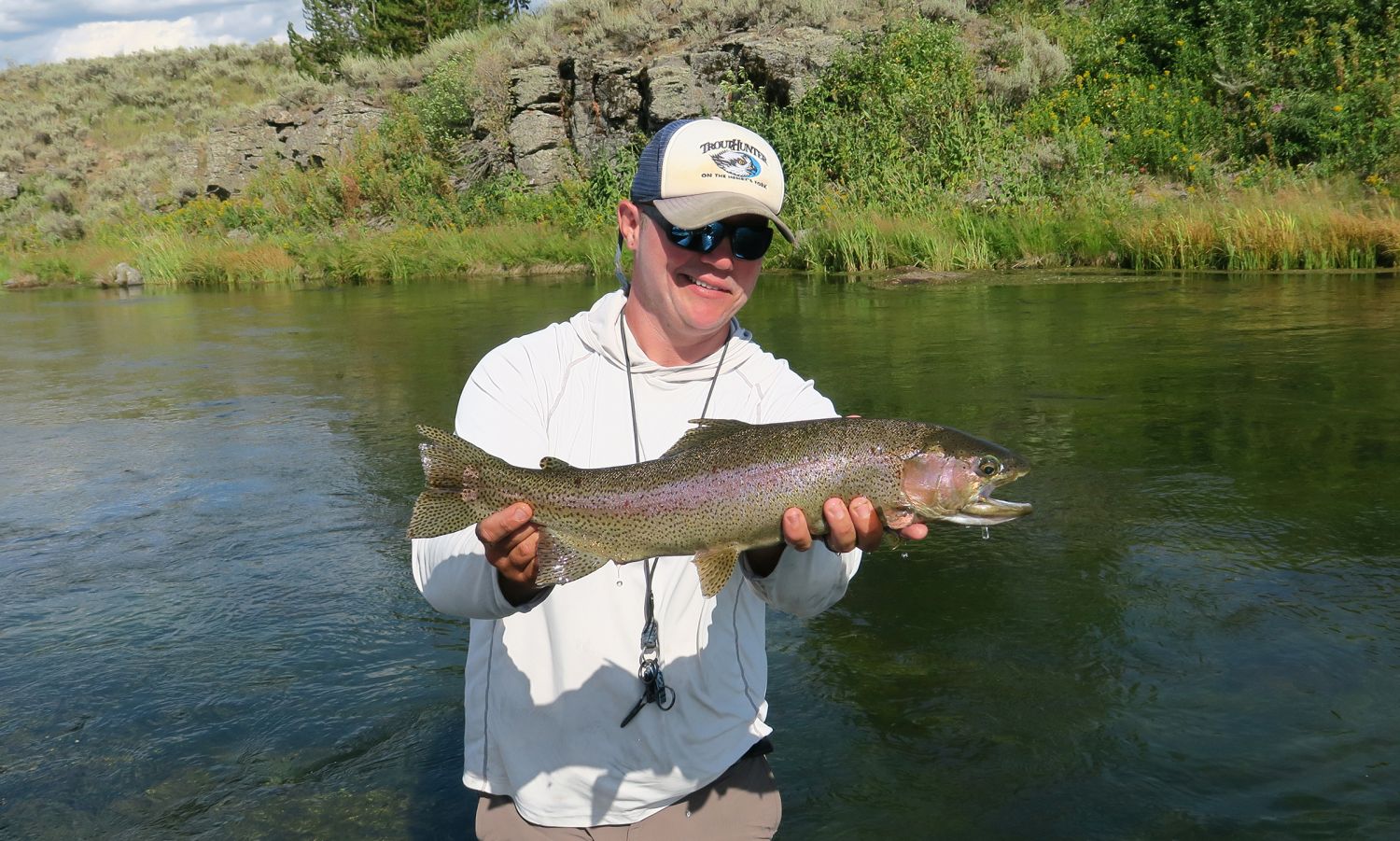