In Island Park, Idaho, there is little uncommon about morning frost and snow on the Henry’s Fork, unless it occurs on June twenty first. This was the weather that greeted the first day of summer and continued through most of the following week.

With disruptive wind added to unseasonably cold temperatures, visiting anglers who were unprepared for conditions resembling March or April could not be faulted for grumbling. Shifting from shirtsleeves on the June fifteen Ranch opener to layers of fleece and other winter apparel, determined fly rodders were forced to content themselves with small windows of opportunity during afternoon hours when chilled hatches warmed just enough to make an appearance. 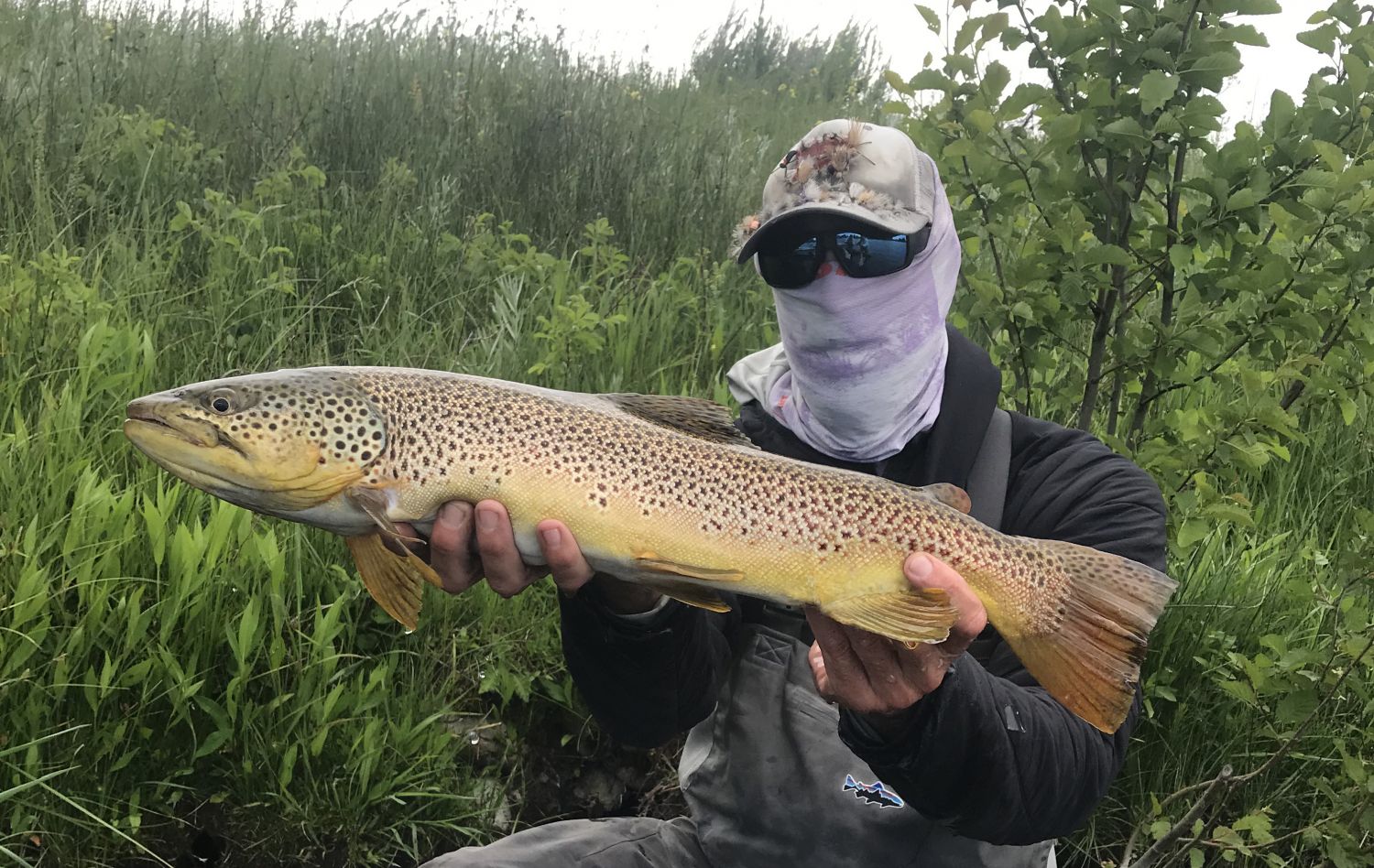 Understandably, there were those with weaker resolve who simply surrendered to the elements and the result was a thinning of competition for productive water. While much of angler attention was transferred to lower elevation and marginally improved comfort, the water from Last Chance to Pinehaven was far from deserted. Fortunately, any accumulation of white stuff was confined to the higher ridges and peaks while periodic rain fell on the caldera floor. With maximum temperature failing to crack fifty degrees, mayflies indicative of early spring brought rescue to those hungering for dry fly action. Baetis and March Browns are seldom a feature of late June but in twenty nineteen they have remained a staple, which was particularly important during the worst of the recent cold spell.

Now, with July in the headlights, I am pleased to report that gradually moderating weather has brought a return to more normal activity on the river with respect to both insects and trout. In the final week of June, summer hatches of caddis and PMD mayflies have assumed their usual role in bringing trout to the surface as morning frost has given way to temperatures above the freezing mark, although daytime highs have struggled to reach the low sixties. However, the glamour hatches of Flavs and Green Drakes are now added to the menu on both the upper and lower Henry’s Fork, and big Golden Stones give hope for the resumption of summer. While acknowledging the vagaries of mountain weather, I am looking forward to Callibaetis or Tricos on a warm July morning or Flav Spinners in the evening during the longest days of the year. And even in this year of strangeness, I am convinced they will be there.