On a river largely defined by its diverse population of aquatic insects, the giant Salmon Fly hatch ranks near or at the top of the most anticipated events on the Henry’s Fork. 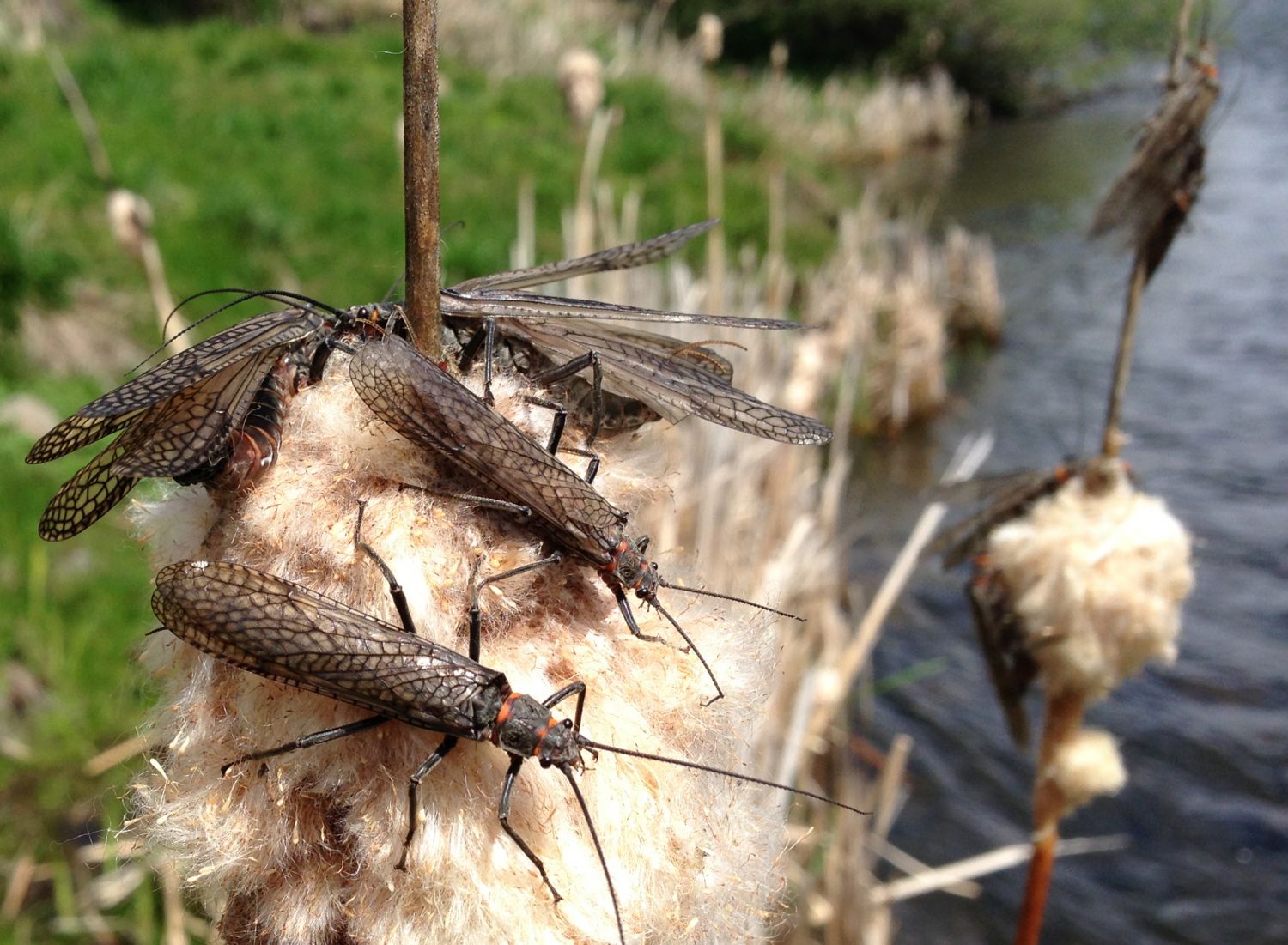 It is widely known that nature operates on the basis of its own calendar and clock. For this reason, it is impossible to nail down the exact timing of a hatch that can arrive as early as mid-May or as late as early June. Since arriving back in Island Park on Mother’s Day weekend, I have existed in a state of constant readiness for a float on the lower river, which is where the two-inch-long bugs first appear. Three weeks later I was still waiting for a call from grandson and TroutHunter guide, Zach Wheeler that would signal that Salmon flies were in the air and the trout were looking up for size four dry flies. 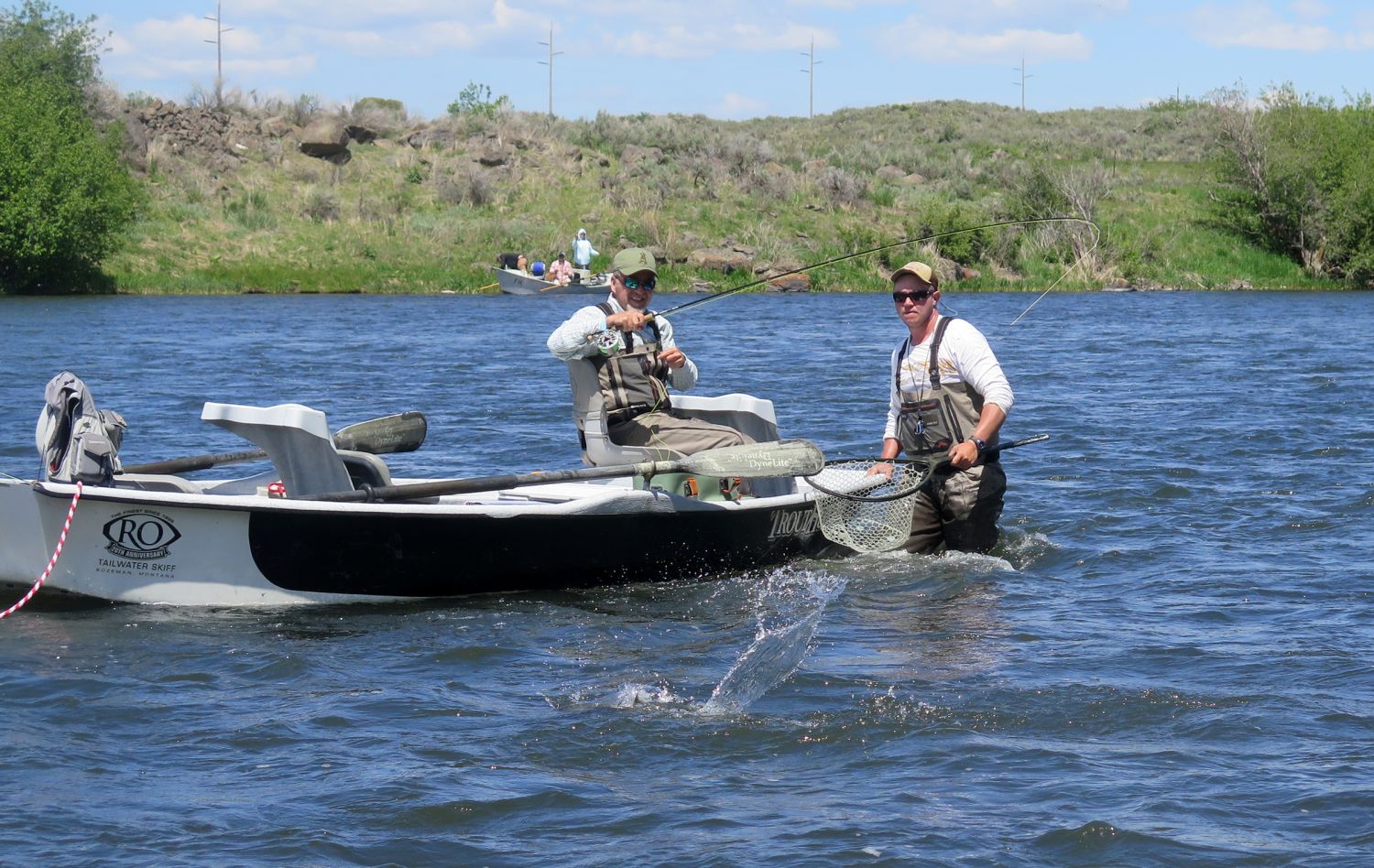 Like virtually every other insect event of twenty nineteen, full emergence of the colossal stone flies has been stalled by weather of insufficient character to permit completion of a life cycle that ends when nymphs leave the water to become air breathing winged adults. Dry fly opportunity through much of May came in short windows of respite from cold, wet conditions made even more detrimental to insect activity by an unrelenting north wind. 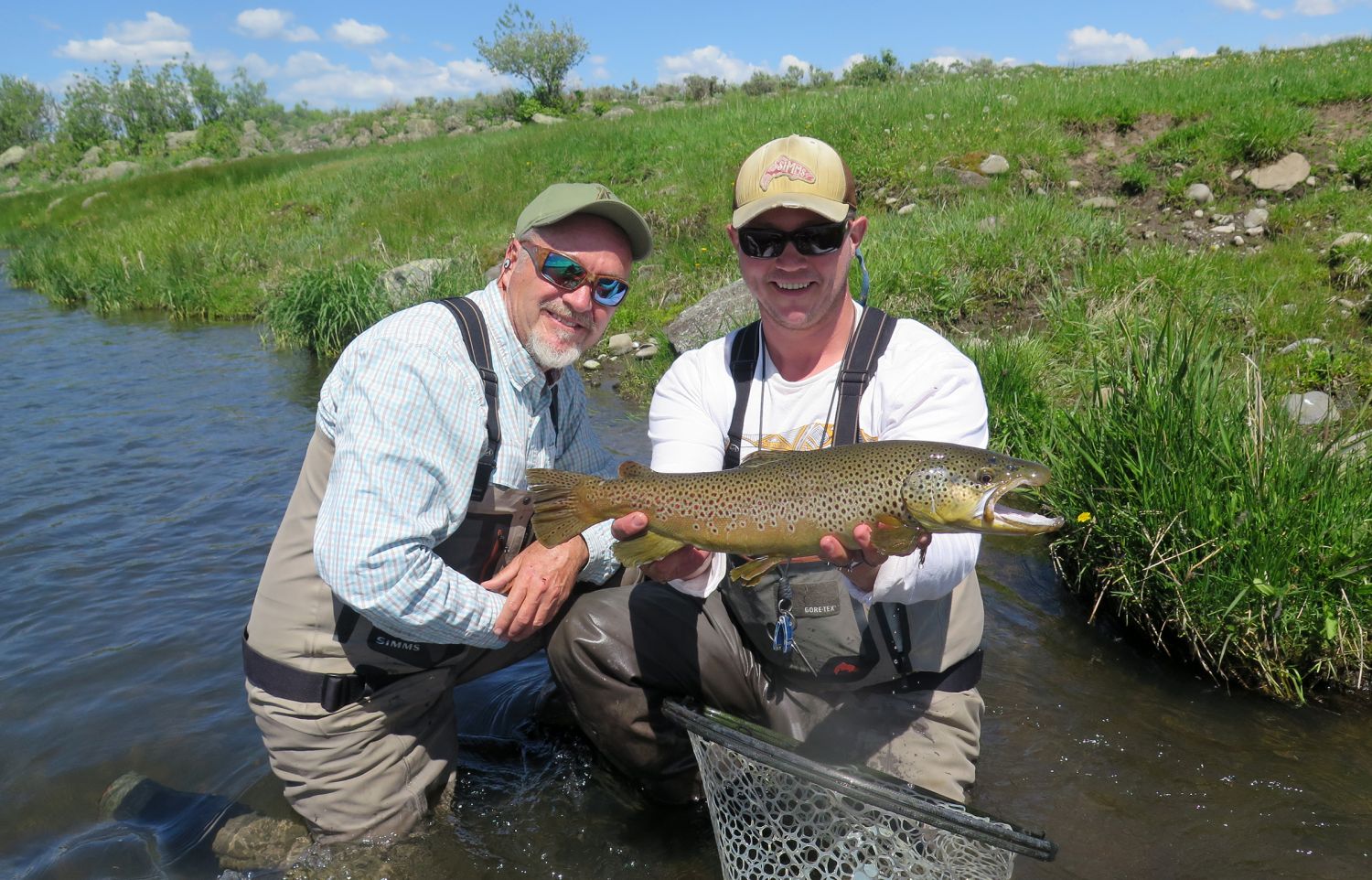 It was nearing the end of the month when cool weather hatches of Baetis and March Brown mayflies were joined by caddis to provide hope for a more seasonable setting. On water open to fishing above and below Harriman Ranch, happy fishermen rejoiced in emerging from three weeks of weather-related dormancy.
Understandably, the Henry’s Fork downstream from the mouth of Warm River to Fun Farm was a busy scene in the final days of May when the Salmon flies finally made their appearance. And even a boat-congested river could not suppress the pleasure of warm, sunny days, and the sight of canary size insects fluttering over the water. 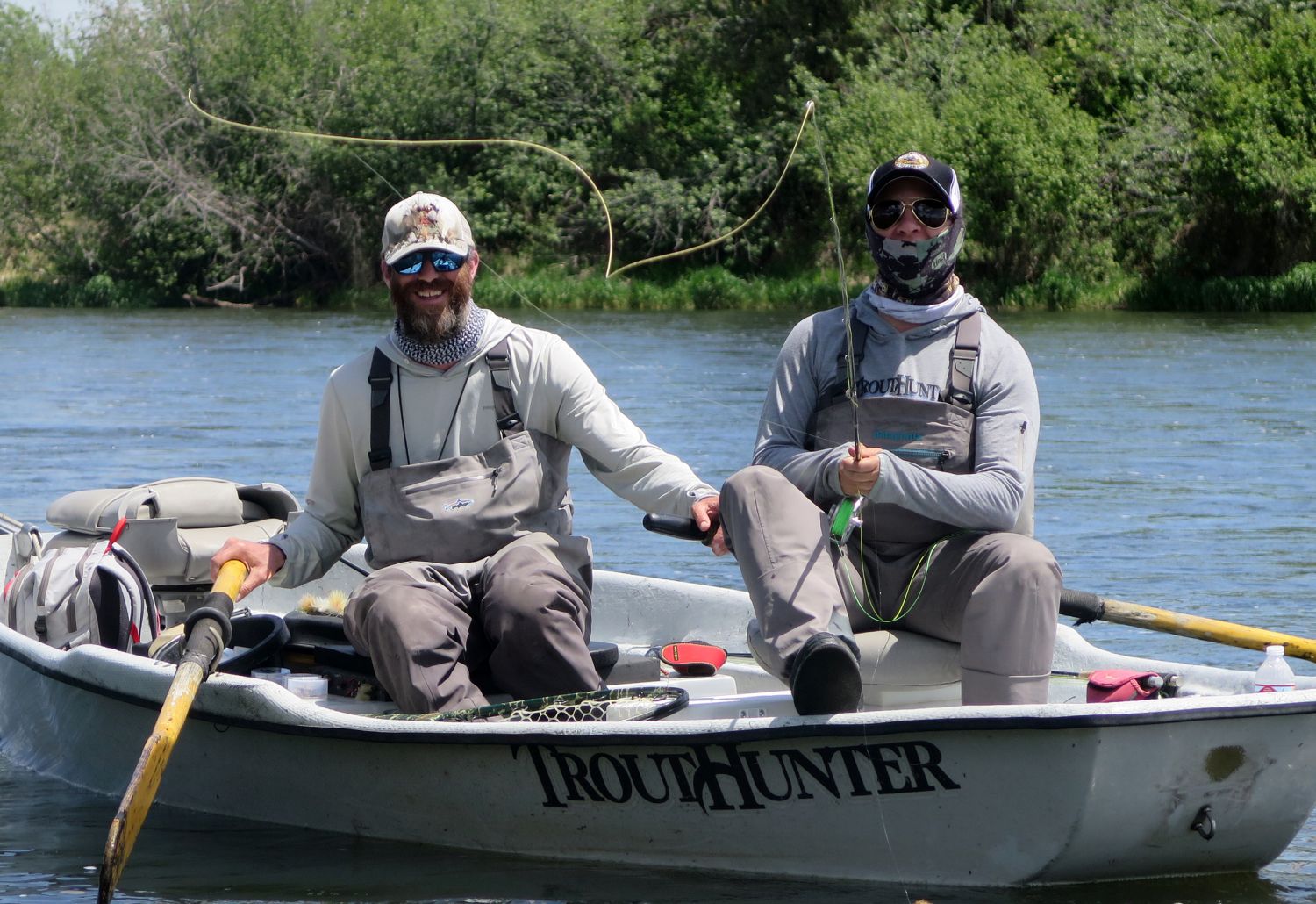 Welcome to the summer season.