In some years, weather conditions in late winter and early spring will allow our local waters to reveal tangible information that will support a degree of confidence in predictions pertaining to fishing in a new season. Twenty-nineteen is not one of those years.
Most of the uncertainty relates to the inability to access the water due to an unusually large accumulation of snow. A record snowfall for the Henry’s Fork Drainage that began in early February and continued into the first week of March brought major disruption to a period when most locals begin serious testing of winter’s impact on the fishery. Adding to the suppression of early fishing opportunity have been uncommonly cold temperatures that inhibited fish and insect activity to the point discouraging even the most strong-willed trout hunter on most days.

With those disadvantages, offering a forecast for the primary season becomes largely dependent upon appraisal of the past year and winter factors that have historically provided reliable indicators of how the fishery might perform through the six most vital months of the year.
I believe most with familiarity of the Henry’s Fork will recall a stretch of several years when conditions needed to support a healthy fishery were largely inadequate. While draught conditions were the main culprit in a reduction of the trout population in general, many believe that the operation of the hydroelectric facility at Island Park Dam also played a significant role in the decline. When combined, unstable flows and a high volume of sediment from the reservoir were the most visible factors impacting the trout and insect populations through that destructive period.
Gratefully, the troublesome trend was broken last year when some of the most favorable winter flows to be seen in years were provided by a generous snowpack in the high country.
When last year is compared with the pervious three, what was not seen contributes both negative and positive information pertaining to the conditions of the Henry’s Fork fishery. This applies to both the upper and lower reaches, but the caldera section is of particular importance to those holding interest in the river.
Notably, the number and average size of trout showed an expected decline as a result of unfavorable stream flow and water quality during the down period. Concerning as well is the continued absence of whitefish along with any explanation for their demise.
Gratefully missing was a relatively high incidence of parasitic gill lice that plagued large trout in particular prior to last year. Likewise, outrageously high and sediment laden flows were significantly reduced, along with the disruption particularly experienced in the Ranch during mid-summer. This is good, but the absence of a satisfactory explanation for the continued erratic operation of the Island Park Hydro plant is not.
Though lower than in peak years, the release of sediment from Island Park Reservoir continues to be a problem that becomes enlarged when the hydro plant is shut down.
Growing questions pertaining to water quality in the river carried over to another year as did a puzzling indifference to its impact on the aquatic community downstream from the reservoir. Voices of those professing expertise in that field remain strangely mute on potential pollution factors that lie behind the dam.
Relief from problematic water conditions is a reasonable explanation for a significant rebound of certain aquatic insects in 2018.
As perhaps the most fragile section of the caldera stretch, hatches in the Ranch water did not appear to recover as noticeably as other sections, although a resurgence of Brown Drakes was quite encouraging. A return of the big mayflies to Wood Road 16 and Pinehaven was also a welcome change from recent years.
Among the most positive features of last year were the memorable caddis hatches that ran well into September and the strongest PMD hatches to be seen on Last Chance Run in nearly a decade. Similarly, caddis and PMDs were the name of the game for reliability from Big Osborne Spring to the Henry’s Fork Lodge.
Better hatches were also the story downstream from Osborne Bridge in 2018. Though still weaker above the spring than below, Harriman East appears to have experienced a greater rebound than the upper Ranch. 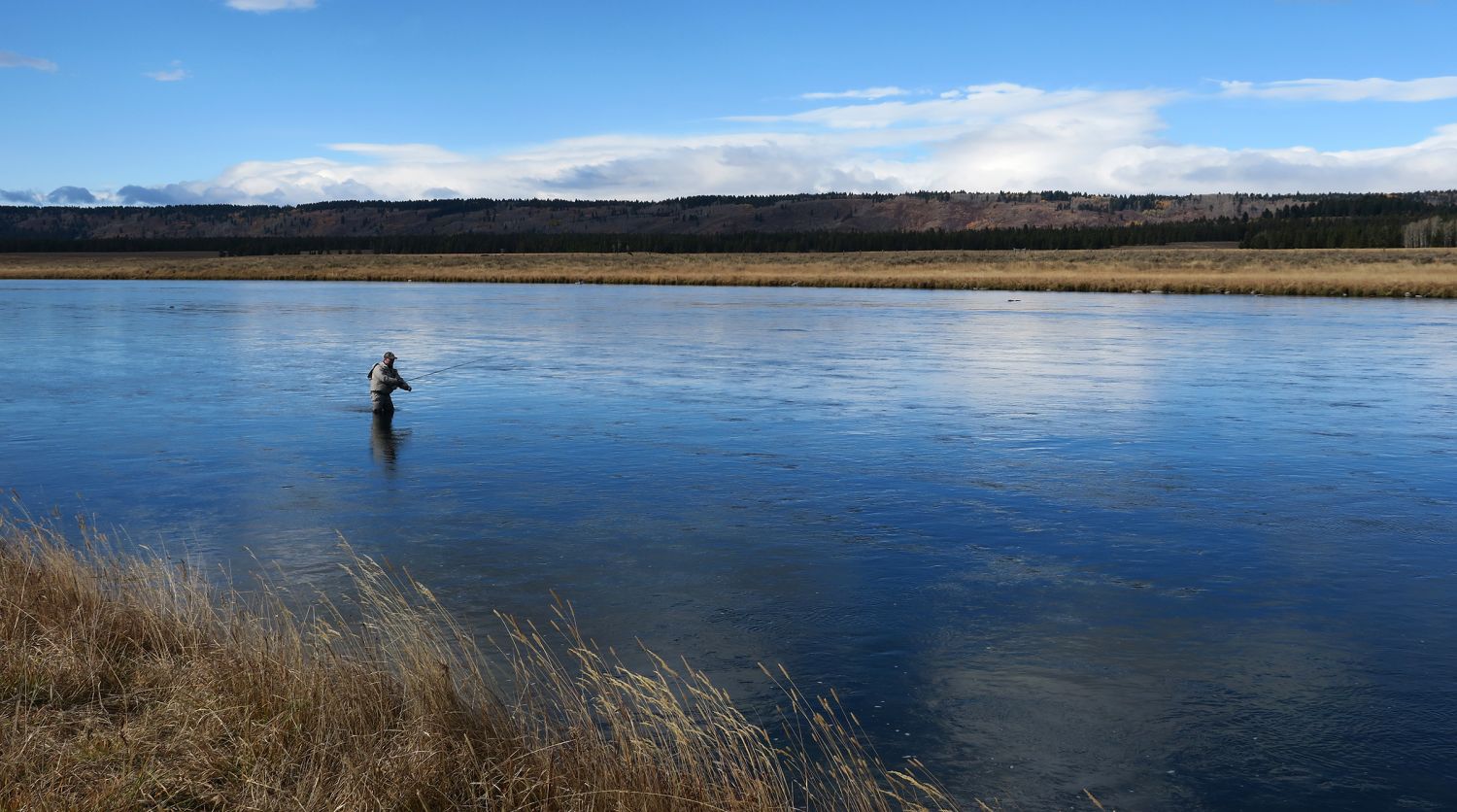 The 2018 season ended on a positive note with respect to the population of trout. While exceptionally large rainbows were definitely harder to find, the number of younger adults and juveniles were an impressive indicator of what might lie ahead. Also encouraging at that time was an excellent carryover of water stored in Island Park Reservoir.
For decades, the scientists have told us that winter flows are the main determining factor in the survival of Henry’s Fork trout. While not stated, logic suggests that the status of aquatic insects could also be connected to the same influence. If true, winter flows substantially exceeding the historic average through the winter just past give realistic hope for continued revival of the fishery.
Record snowfall in late winter and a reservoir nearing capacity give further support to optimism for 2019. However, caution must be reserved for the possibility of a dry summer that could alter the favorability of current forecasts.
As noted, concerns beyond adequate water supply must also be considered in looking forward to a new season. But with all known indicators pointing in a positive direction, I expect 2019 to be a better year on the Henry’s Fork. 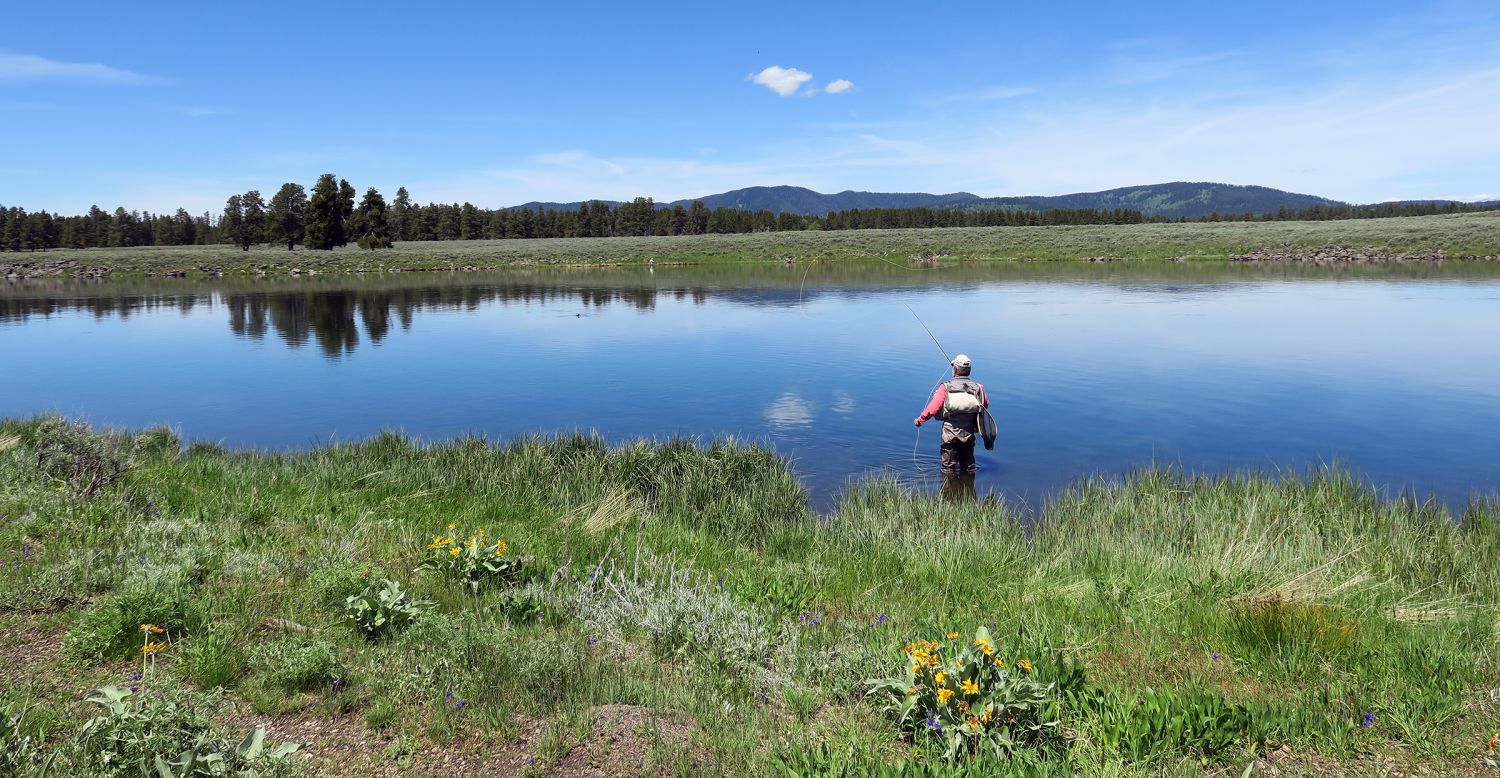