In a place where activity is dictated more by weather than the calendar, it was not extreme cold that brought the busy fishing season in Henry’s Fork country to a close.

It was the absence of people that caused the TroutHunter Bar and Grill to close its door for the winter on October fifteen. And while pleasant weather marked the final two weeks of October, only a handful of river guides were working their trade during that period.
Now strangely quiet, the fishing community of Last Chance begins the shift into winter mode with a gift of comfort that does not typify late fall at high elevation and the golden days are not squandered.
For those who remain, the autumn tasks of gathering firewood or preparing homes for the winter are much more easily accomplished without fighting frigid temperature or several feet of snow. However, with fishing a constant and easily accessed distraction, there is always a risk that too many warm days may delay the more serious responsibilities to the point where the advantage of favorable weather is lost to a sudden blizzard and snow that will not leave until May.
It seems that leaving Island Park for the six months spent thirty minutes downstream always happens before I am ready, but this year it was even tougher. 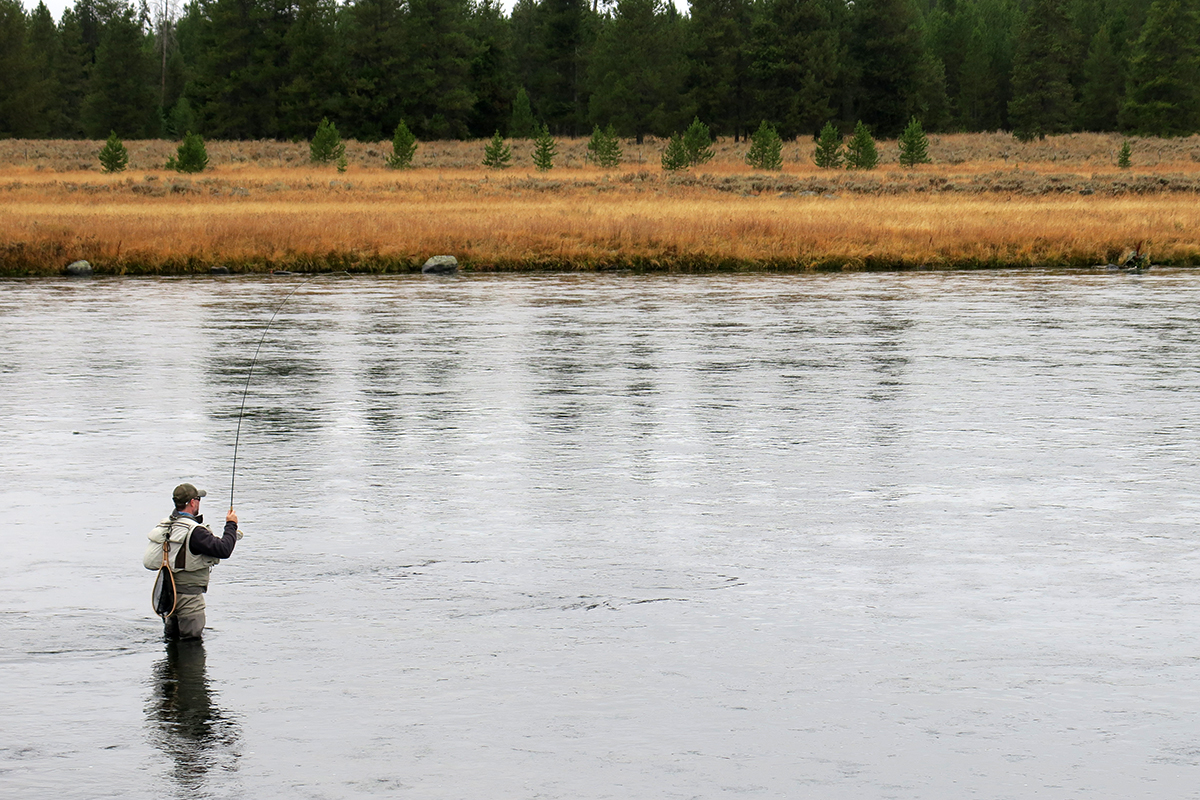 With the river fishing as well or better than at any point this fall, we locked the cabin with a week remaining in October and the temperature in the sixties. Without the usual sense of escape to a milder climate, my thoughts are on Baetis that are still hatching on the river and the big rainbow I saw rising at Last Chance on moving day.
With Henry’s Lake now an hour away I am planning on at least one more round with the big cutties and cut-bows that provided so much action when the drive was less than half that long. This notion becomes problematic only when I am forced to drive by that big rainbow that is sure to be rising on any day that is suitable for fishing the lake. I’m just not sure my discipline can pass that test. Adding to the dilemma of this time in the season is another temptation that can impede my ability to travel further north than Ashton.

Big brown trout take center stage when fall colors line the river and a big streamer becomes the great equalizer for the notoriously elusive residents of the lower Fork. Fortunately, access to lower elevation trout will always exceed the time when the lake becomes frozen over and cold temperatures put an end to Baetis hatches at Last Chance.
With this in mind, I am reasonably convinced that I can make it at least to Last Chance on the next available day that includes the kind of weather that has carried us into November.
The quiet season before December can be subject to many variables but the water will never be crowded and any fishing at this point in the year is never more appreciated. 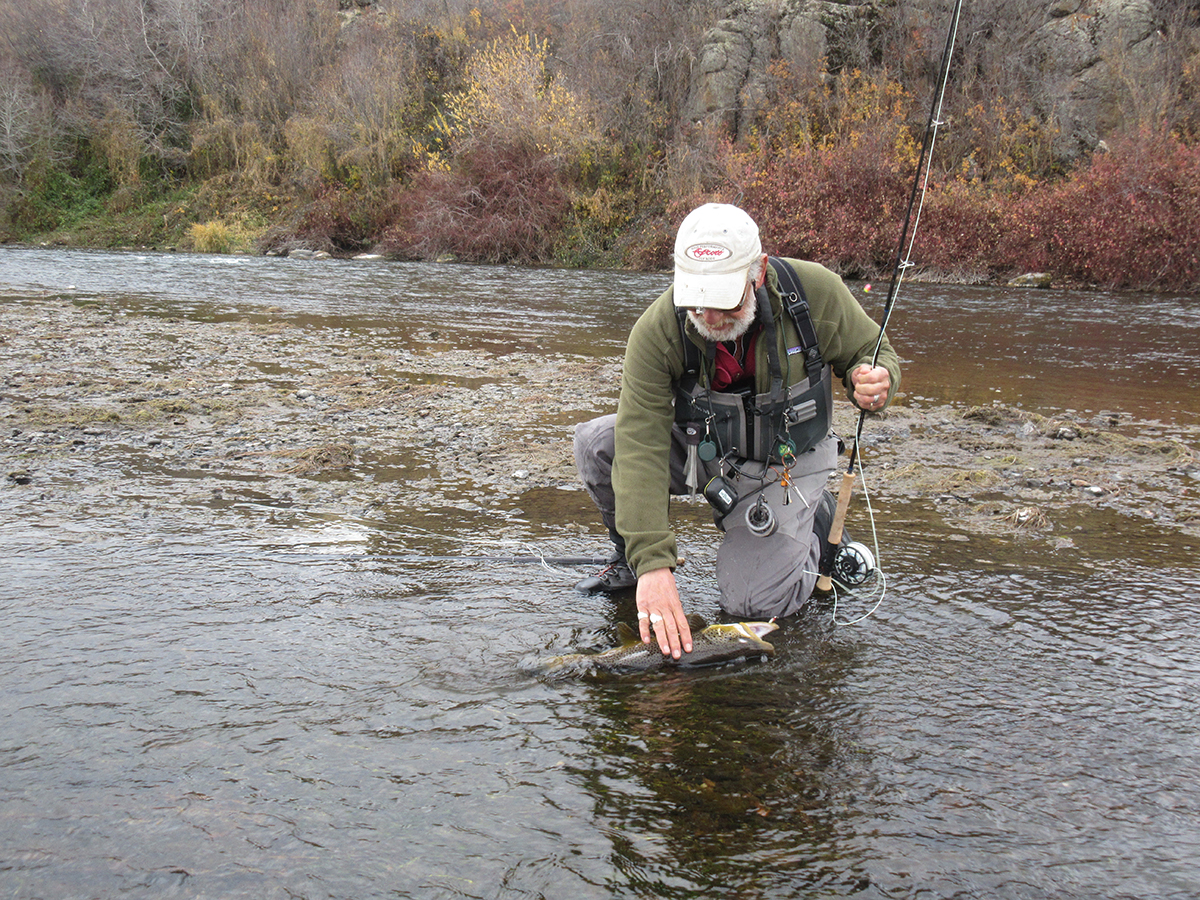