There was never a question that we would see high water on the Henry’s fork in twenty eighteen, it was just a matter of when.

Despite substantially higher winter release of water, Island Park Reservoir was filled to near capacity by late February. With a snow pack well above average and only about ten percent of the lake available for containment of spring runoff, high flows became a certainty as June drew near.

Consistent rain persisted for a ten day period prior to Memorial Day Weekend and the capacity of the reservoir was exceeded just in time for the first big holiday of the summer season.

At 1700 cfs, the river becomes a monster for wading fishermen in the water from Island Park Dam downstream to the Harriman boundary. This is a level that was reached several times in the last week and the river has remained within five or six hundred cfs of that peak through the period 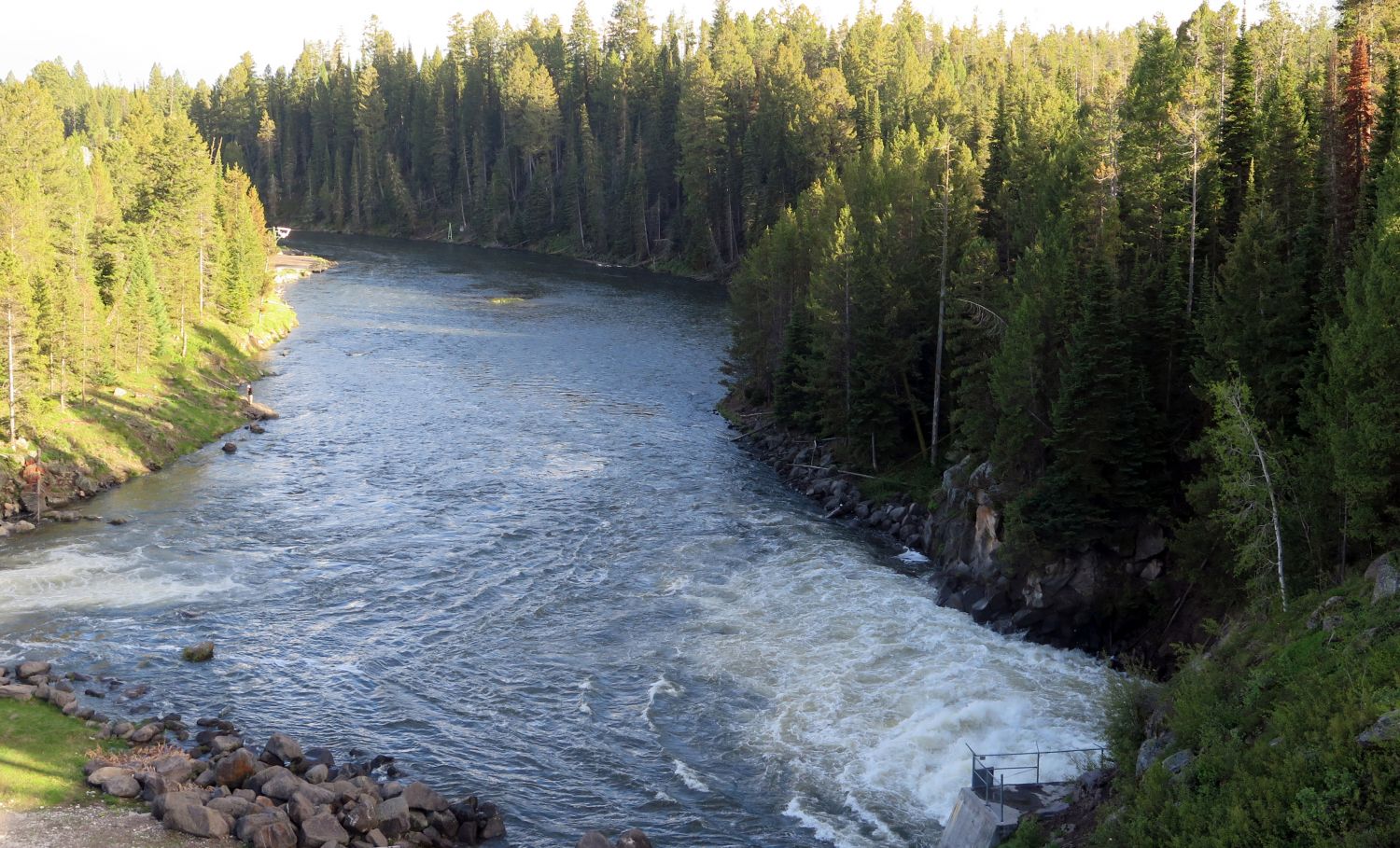 The high velocity currents and reduced clarity have been understandable factors in discouraging trout attention to daily hatches of caddis, Baetis and March Browns in the Last Chance area. Rising trout have been relatively scarce in this stretch and most fishermen have temporarily conceded to the near futility of committing time to this normally productive water.

We are told to look for the silver lining in troubling times and fortunately it has not been hard to find on the lower Fork.

The high water conditions so detrimental to fishing prospects upstream have proven to be ideal for a massive showing of salmon flies on the water between Mesa Falls and Chester Dam.

A float last Friday with Rich Paini and Zach Wheeler found the river busy with anglers seeking to capitalize on perhaps the year’s biggest insect event. The summer conditions of bright sun and very warm temperatures were a welcome break from cool, wet, and windy weather, and the company could not have been more enjoyable. Unfortunately, the spike in temperature produced accelerated snowmelt which in turn raised the water level even higher while reducing visibility to a depth of only about a foot or so.

With the fish tucked even tighter against the banks than usual, we worked hard to get the big dry flies into spots that may have been missed by other floaters. Though fishing failed to approach guide reports from the previous day, we experienced enough action to keep things interesting, although our beer count was somewhat higher than trout landed.

I am happy to report that a return to cooler weather conditions have brought moderation to the extremes in water levels and impaired clarity. As of June first, the salmon fly hatch has progressed upstream to the Riverside stretch and is beginning to show in Box Canyon as well. 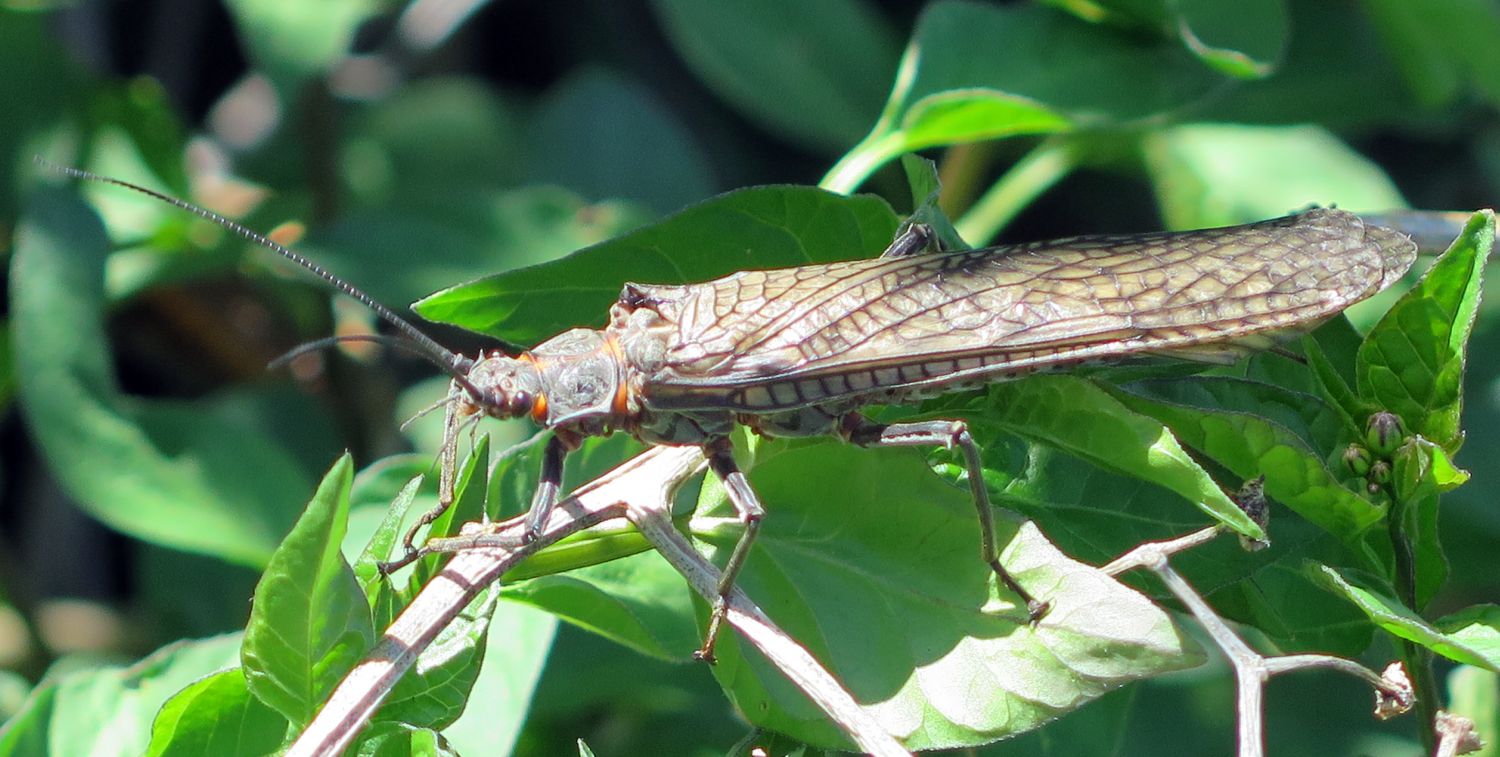 Also receding is the mountain snow level which should bring more manageable stream flow in the coming weeks. And while the salmon fly hatch will soon have run its course, there remains plenty to anticipate as we move deeper into the month of June.

While it can be difficult at times, it is important to remember that high water is actually a gift to the health of the river and its fishery. Fishing may be limited right now but there is reason to expect a good year on the Henry’s Fork as a result of the best water supply we have seen in several years

The current disruption is temporary. Eventually the river will run lower and the water will clear, the hatches will come, and the trout will rise. And I plan to be there for it all.