The drive from St. Anthony to Island Park is one I have made countless times. Through most of the year it is a routine trip that is covered in well under an hour, but in winter it can become something of an adventure. It was that way last Saturday when I headed back to the mountain for the first time since late November.

Leaving the valley and snow measured in inches, I began the ascent of Ashton Hill where the measuring pole registered three feet at the summit. By itself, driving through a land of white on icy roads adds an element of excitement to the short journey back to the high country where I spend half of the year in a different season. With TroutHunter as my destination and catching up with friends not seen in several months as a purpose, I resist the risky temptation to rush the pace as I descend into the caldera.

In Island Park, there are two seasons—fishing and snowmobiling. Any winter day at TroutHunter will generally find as many snowmobiles as conventional vehicles, and Saturday was no different. At this time of year, you can find yourself in the minority if a helmet and bulky clothing are not part of your attire. And while the Bar and Grill was bustling with activity, the fly shop was a different story. 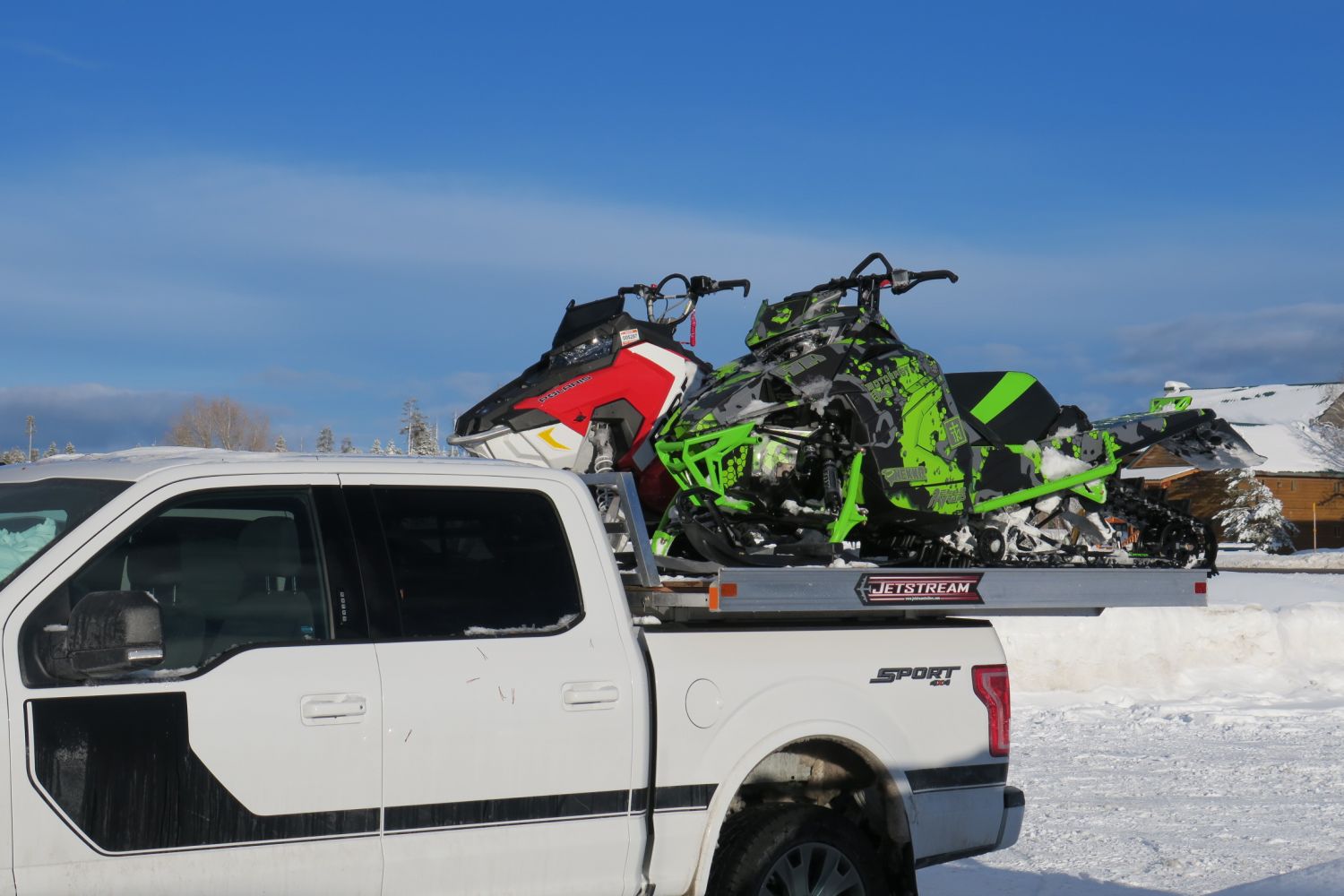 With John and Joey as the only two staff members, and no customers, the otherwise deserted shop was a far cry from what is found on any weekend from May through October. However, this is not to say that there was no news and nothing to talk about. 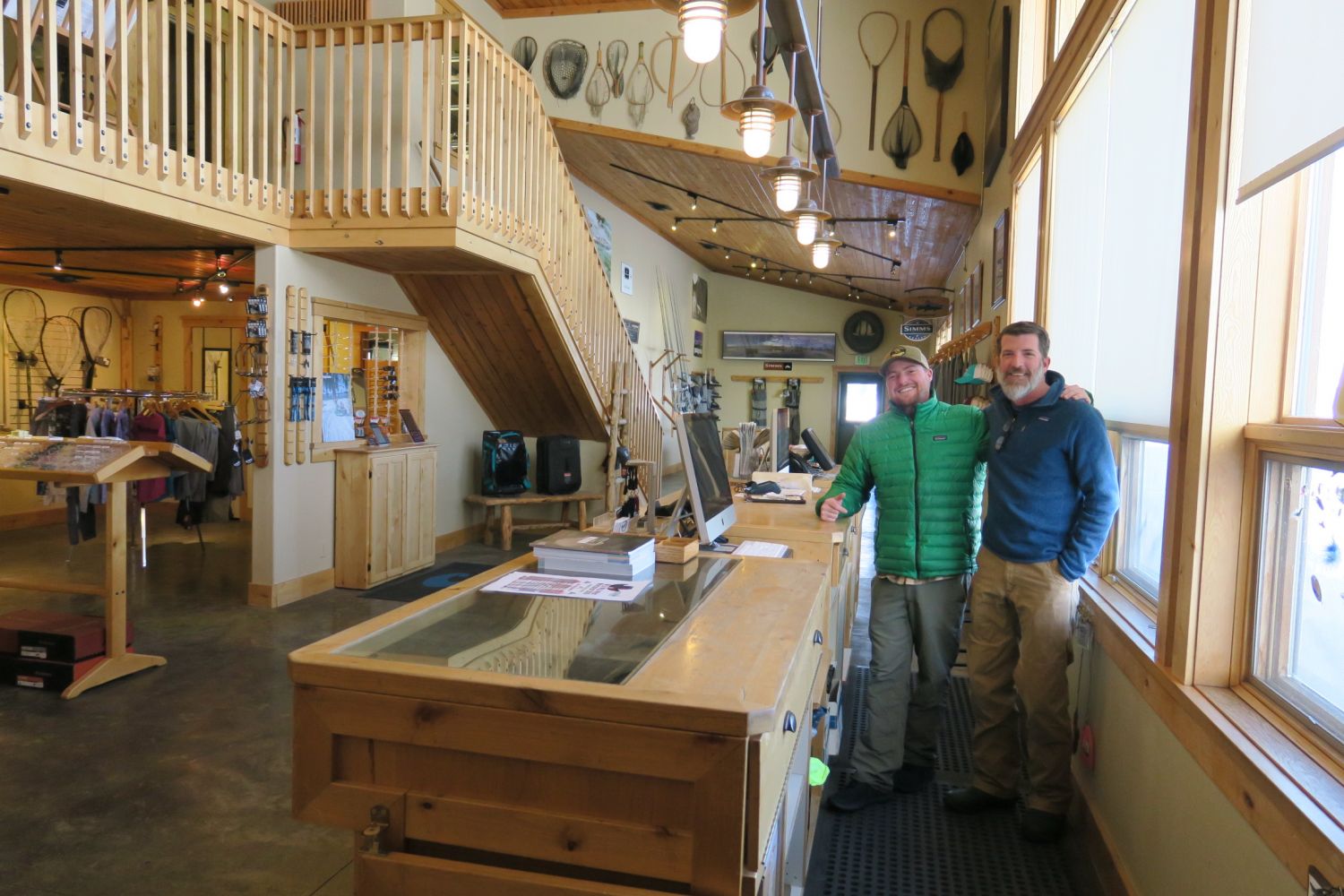 Naturally, there was excitement pertaining to the river and its prospects for the coming fishing season. With Island Park Reservoir at nearly ninety percent of capacity and winter flows stabilized at around 500 cfs, the outlook could not have been brighter. While a growing snowpack added to the optimism, the recent loss of two snowmobilers to avalanche added a somber note to the subject. 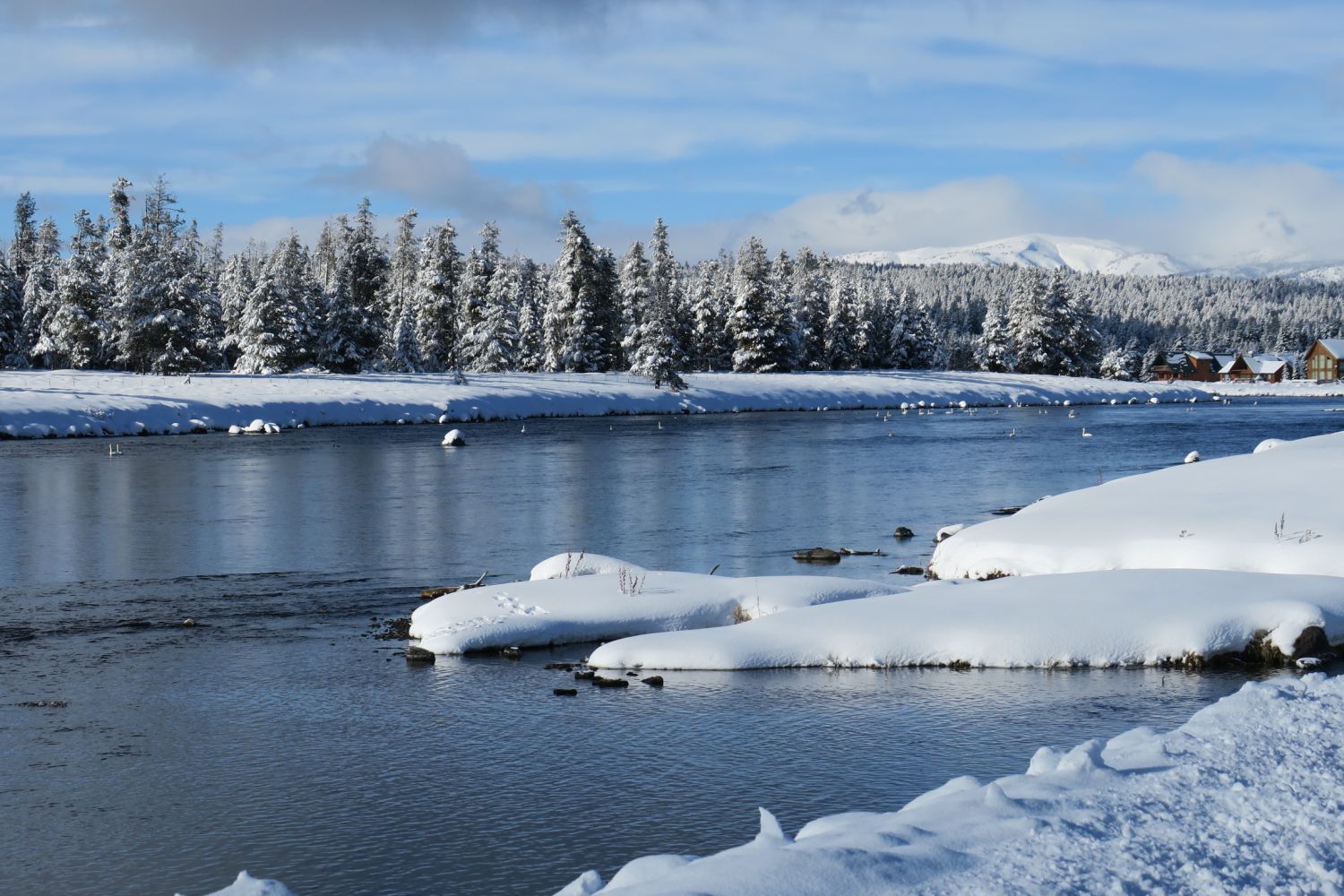 I listened with interest to reports of salt water trips both planned and taken as well as stories from winter trade shows that help to break the monotony of winter in this remote location.

Moving from the quiet of the fly shop to the boisterous restaurant, I found Josh and Waylon enjoying afternoon cocktails with Luke the bar tender, who also stays all winter in Island Park. The upbeat conversation continued for another hour before I stepped outside on the patio for a look at the river before heading home 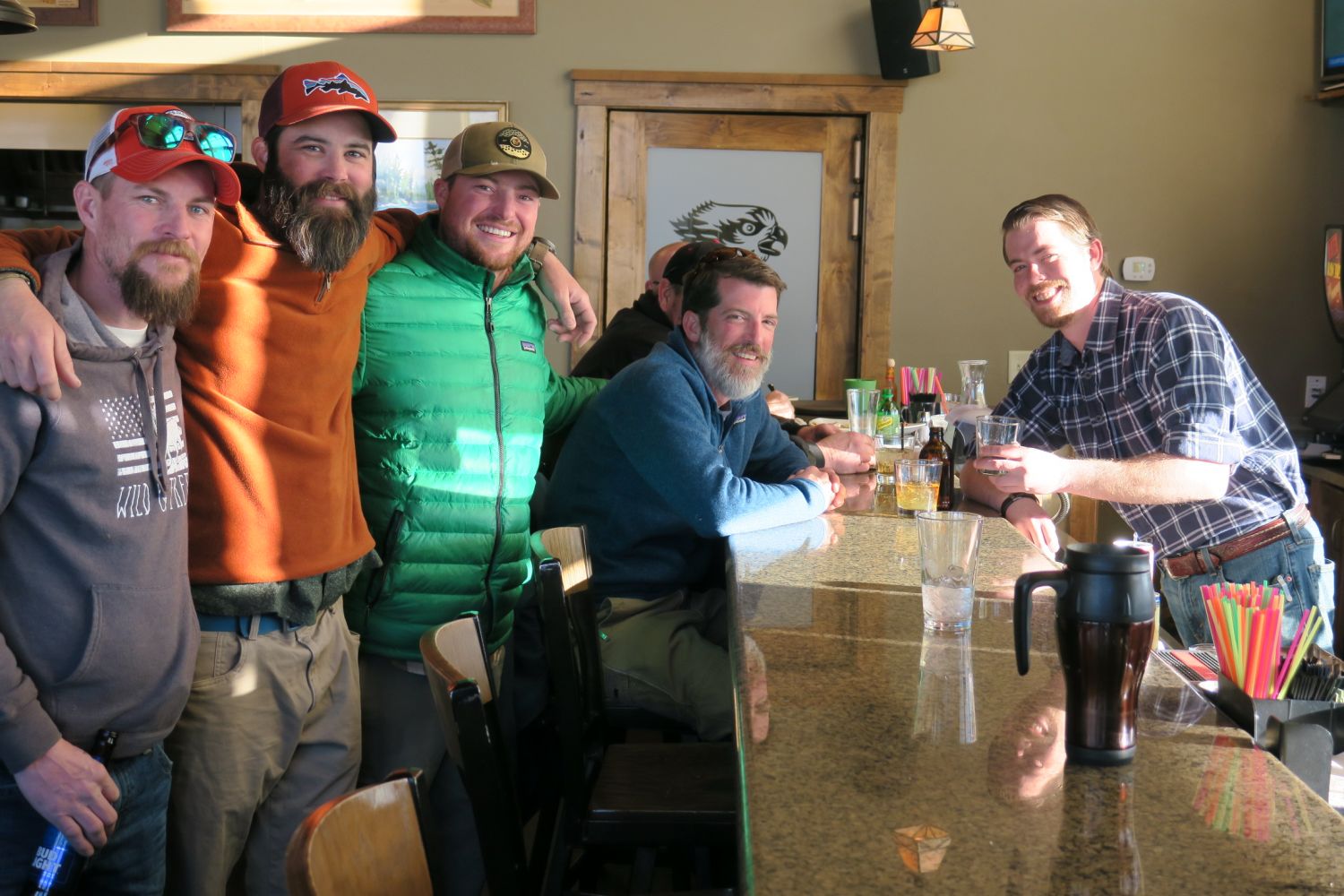 Struck by the contrast of other winters in the recent past, I felt my own spirits rise while surveying the striking scene. Fronted by scores of waterfowl flourishing on the best winter flows to be seen in years, the impactful image of snow covered peaks spoke to the gift that gives life to the Henry’s Fork and all who depend upon water for existence. It was a good day.