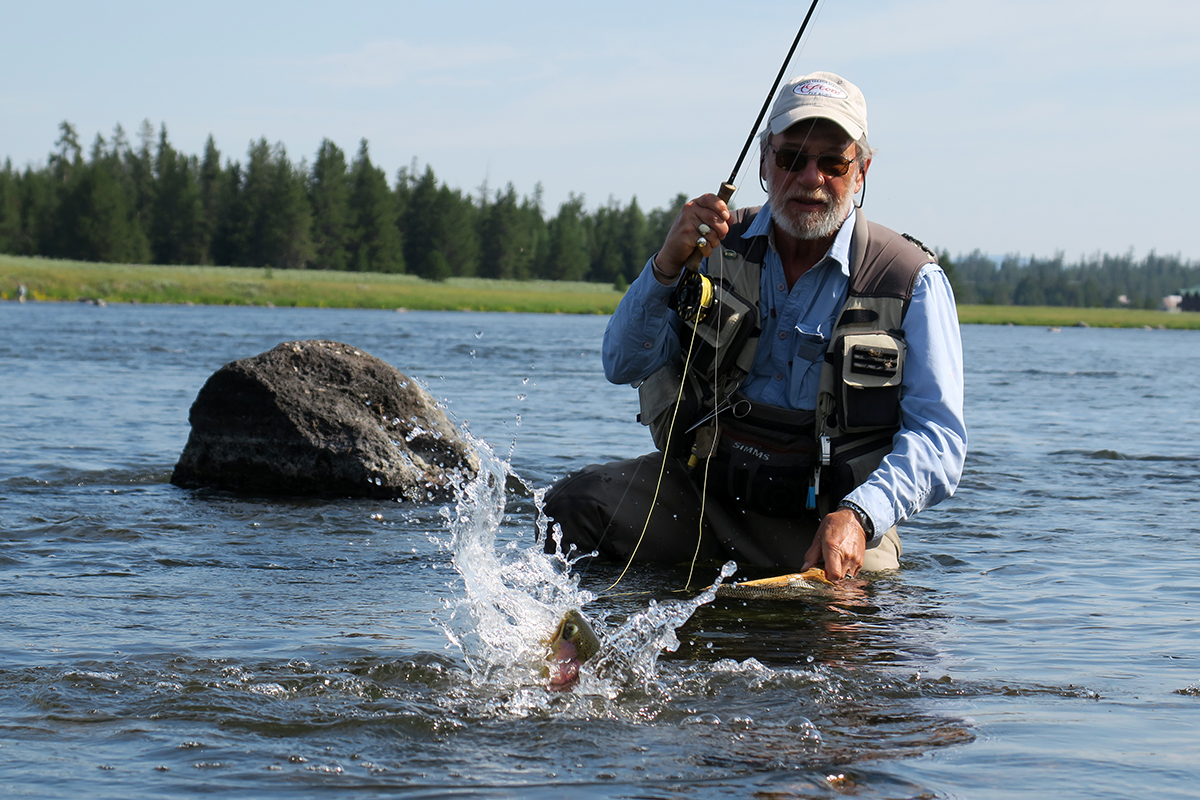 For the most part, January on the Henry’s Fork is a time of contemplation for we who do not leave. Frigid temperatures and deepening snow can keep a fly fisherman indoors for extensive periods when most matters relating to fishing exist only in the mind.

Thoughts of the river and the year just past occupy this quiet time in any winter, and any sense of optimism for what lies ahead is governed by the events and observations of a season just recently concluded. However, it is what I didn’t see in 2017 that gives the greatest hope for the future of the river, at least in the near term.

In March when the midges have trout looking up and the Baetis begin to appear, I didn’t see ankle deep water in Last Chance Run, as was the case in 2016. And while 160 cfs in 2017 is well short of ideal for winter flows, water closer to knee depth brought noticeable benefit to insects, trout, and anglers alike.

Last year I did not see a lighter than average snowpack begin to melt more than a month early or the troubling width of dry stream bottom along the edges as water was withheld from the river until late June. 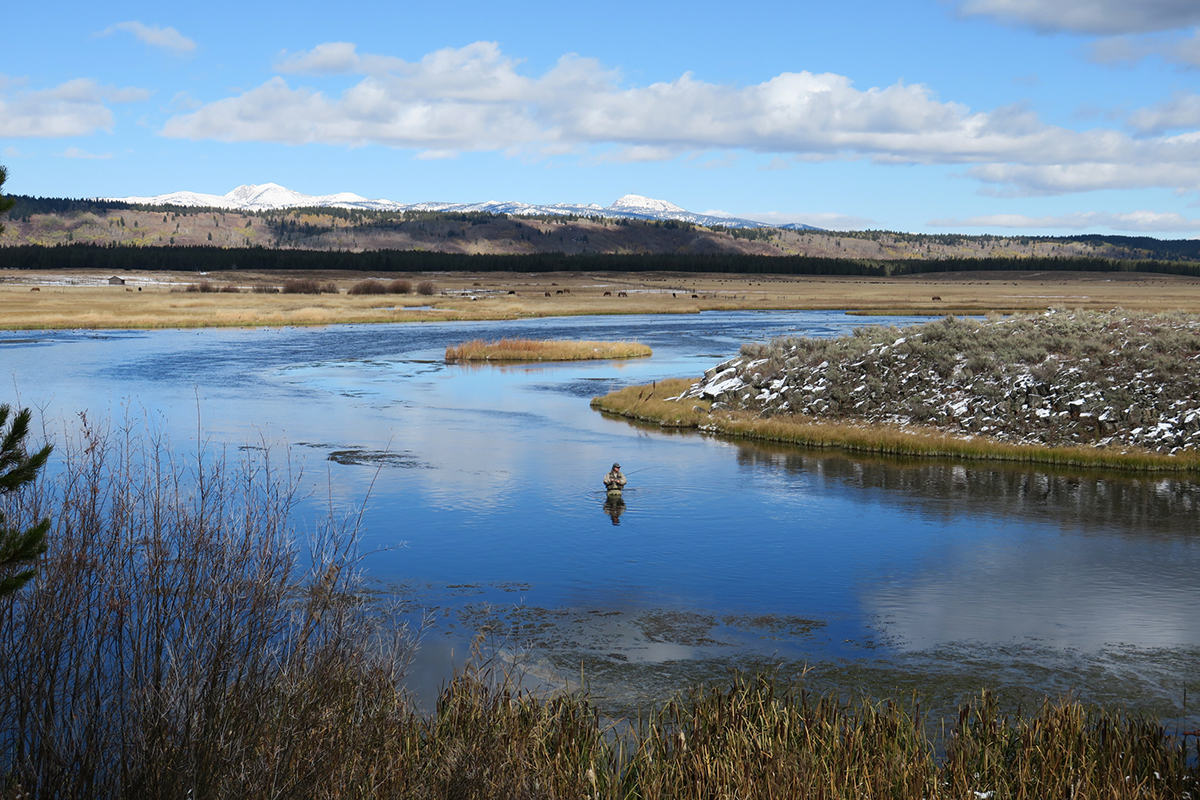 In July, I didn’t see a great surge of water that kept the river several times higher than normal well into August. Neither did I see the flows clouded by sediment through that period as had been the case in previous years.Also not observed last summer were long stretches of time when most parking areas were deserted due to the impact of these conditions on the quality of fishing, particularly in the caldera section.

While the threat remains a concern, the incidence of trout infected with gill lice was observed less frequently in 2017.Although this must be considered a positive with regard to the severity of the problem, there is little question that these parasites have impacted the trout population.

Fall of 2017 did not see a great expanse of water emptied of trout by low flows related to a depleted reservoir. The water directly above and below Millionaire’s Pool held good numbers of trout, and even Bonefish Flat fished quite well.

Tributaries like Warm, Fall and Teton Rivers have bolstered the Henry’s Fork through December, and I have not seen serious ice gorging on the lower river even on the coldest of days. More importantly, the release of more than 400 cfs from Island Park Dam is expected to continue through the coldest months. 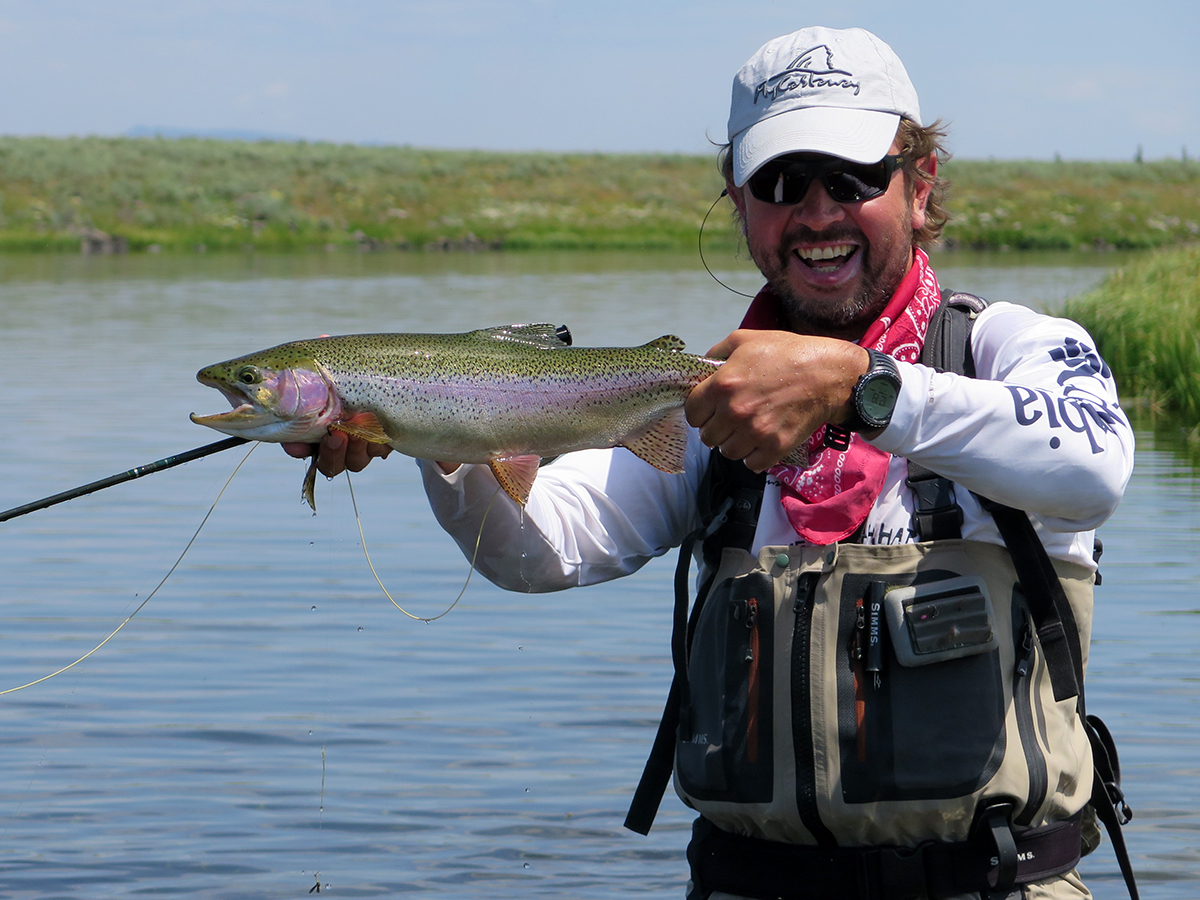 Perhaps most notable was the absence of frowns and complaints from disappointed and concerned fishermen, a feature all too common in the difficult years of recent memory.

Looking forward, what is not currently being seen gives optimism for the fortunes of the Henry’s Fork in the New Year.

The health of the river is always about water and in this respect, the future looks reasonably bright. What I do not now see is a depleted reservoir, a below average mountain snow pack, or a forecast for a dry winter.

On the downside, however, I do not see a quick end to the weather that is keeping me away of the water, but maybe that too is a good sign for the river. 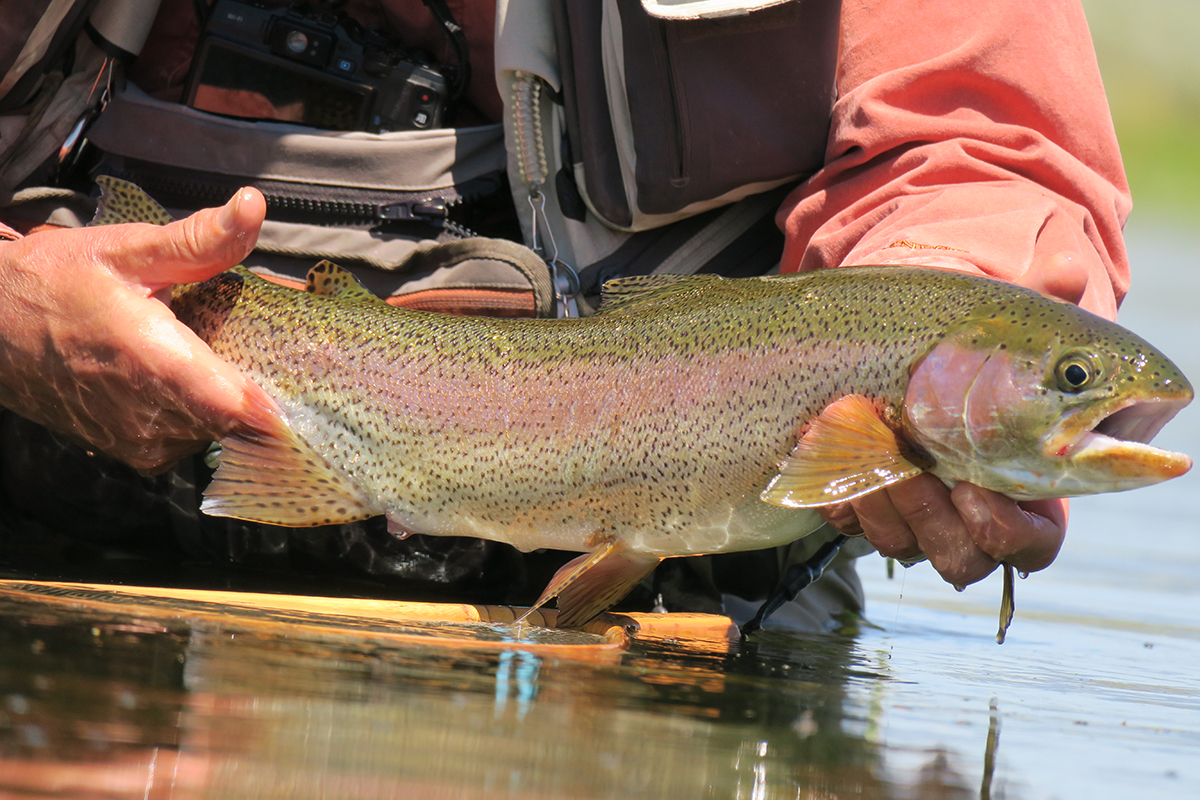