While we are barely at its doorstep, it seems as though October arrived more than two weeks ago. In fact, there were days when cold wind and heavy snow gave the impression that the tenth month had been skipped completely and we had jumped directly into November.
Fortunately, the sustained period of extremely wet, cold, and breezy weather eventually gave way to more seasonable conditions and the final month of my time in Island Park before returning to St. Anthony for the winter is shaping up quite nicely. 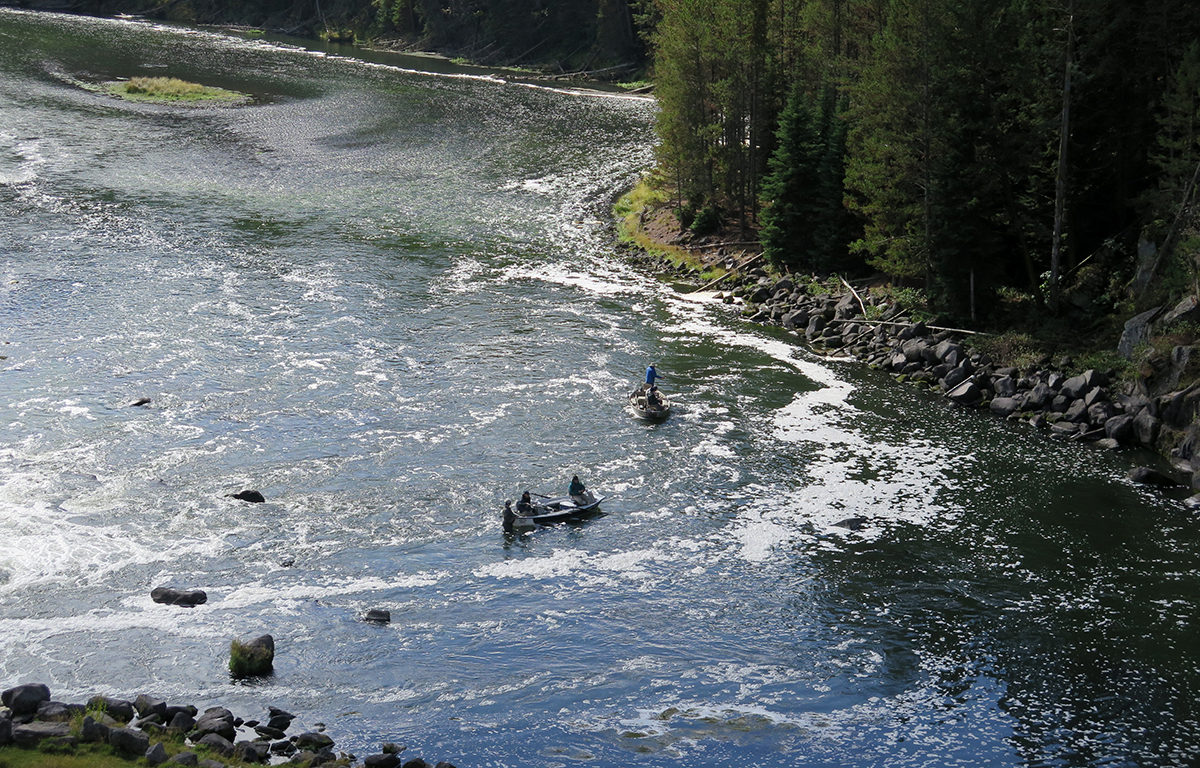 Following a summer featuring the best water conditions in recent years, autumn flows in the upper Henry’s Fork are not expected to be reduced to a point where trout are forced to concentrate in a relatively few isolated areas where depth and security are adequate for their existence. Greater distribution of fish also benefits the angler by reducing crowding on productive waters that become limited when levels are extremely low. It is also easier to approach feeding fish in deeper currents that help to conceal an angler’s presence.
A reservoir currently filled to within twenty percent of its capacity can be credited with the favorable water conditions anticipated this month, but this unusually high carryover of storage represents something much more vital to the Henry’s Fork fishery.
Woefully inadequate for too many years, winter flow so vital to trout and insect survival is forecast to be at a level that will not inflict undue hardship on the aquatic community of our beleaguered river.
No days are more treasured as the clock clicks closer to the end of another season and despite its vagaries of weather, October holds some of the best. On the river, trout lazily sip Mahogany and Baetis mayflies from the surface on days that can seem eerily quiet in comparison to the past four months. This is a time when only the most committed of fly fishers will be found on the famous river. Most are familiar and many are friends whom I see only in October. 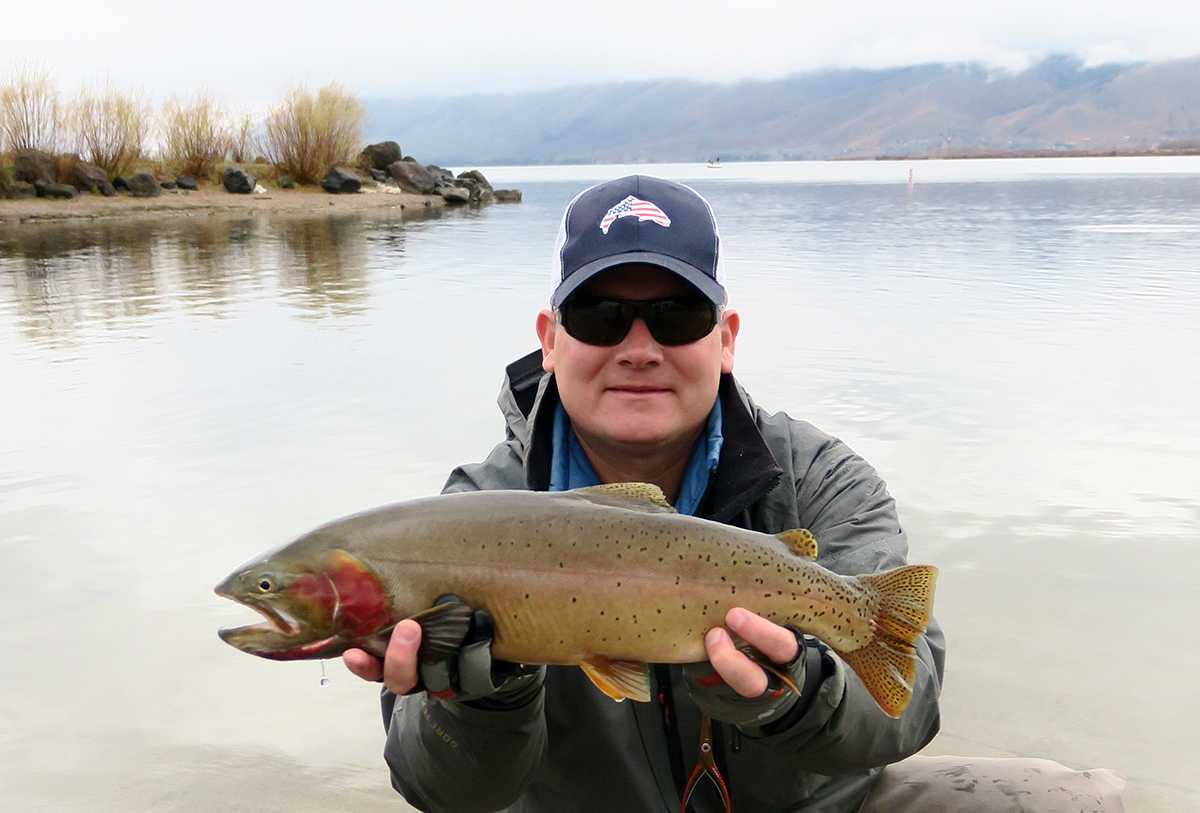 While the river can be fully satisfying and will always dominate my fishing time regardless of the season, a growing appreciation for still water has become more than a minor distraction.  A mere twenty minute drive from my home in Last Chance, Henry’s Lake and its oversize cutthroat, cut-bow hybrids, and brook trout beckon relentlessly in October when this world renowned still water fishery is at its absolute best. But then the same could apply to nearly any other lake or river in this magnificent region.
Like some, I will leave Island Park when winter looms near, but I do not leave the Henry’s Fork. The river runs through the small town of St. Anthony where I will spend the months of November through April. From this base, I will fish the same Baetis hatches that are left behind but at more than one thousand feet lower in elevation they can extend as much as a month longer. But the big browns of the lower Fork will be my primary objective as streamers and a big seven weight join the four-weight in the rod rack.
It is only when I am forced indoors by snow, ice, and relentless frigid temperatures that I will hang up my fly rods for another year, but there is too much going on between now and then to even think about an inevitability that could lie as far as two months down the road.
For a fly fisherman, there is still plenty of work to be done before winter arrives in Henry’s Fork country for real.