Although signs of change usually begin to appear by mid-August, September marks the transition of summer into fall in the high country. 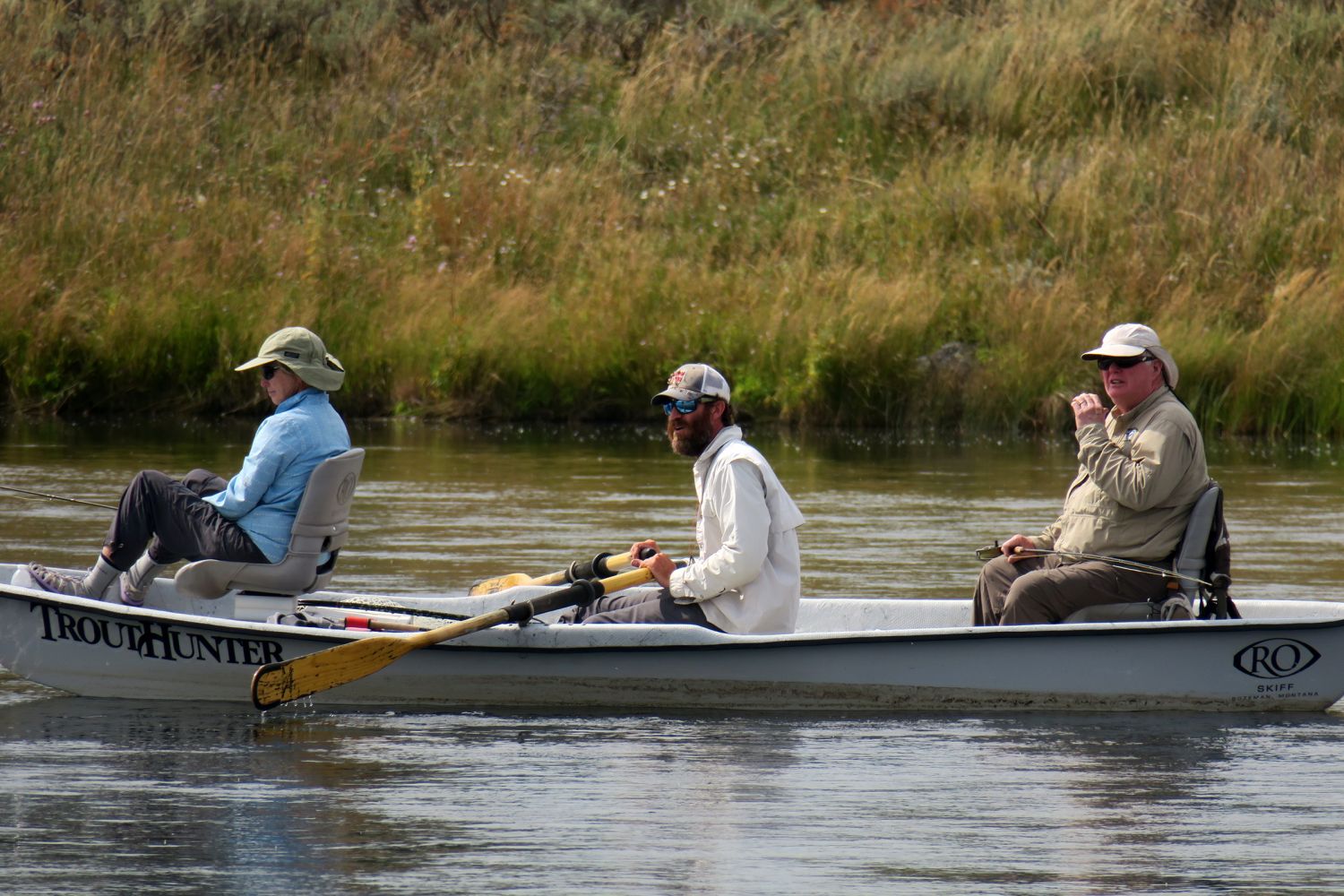 While the days become noticeably shorter and the mornings much cooler, early September retains many of the characteristics of summer. On the river we are still fishing hatches like PMDs and Callibaetis but emergence occurs considerably later in the day than from late June through July. Despite being reduced in volume and variety, caddis will continue to be an important daily feature until nighttime temperatures begin to consistently fall below the freezing mark.

Though not quite fleece weather, a warmer shirt will make sense for a morning or evening spinner fall, and there is usually time for an extra cup or two of coffee before leaving for the water. 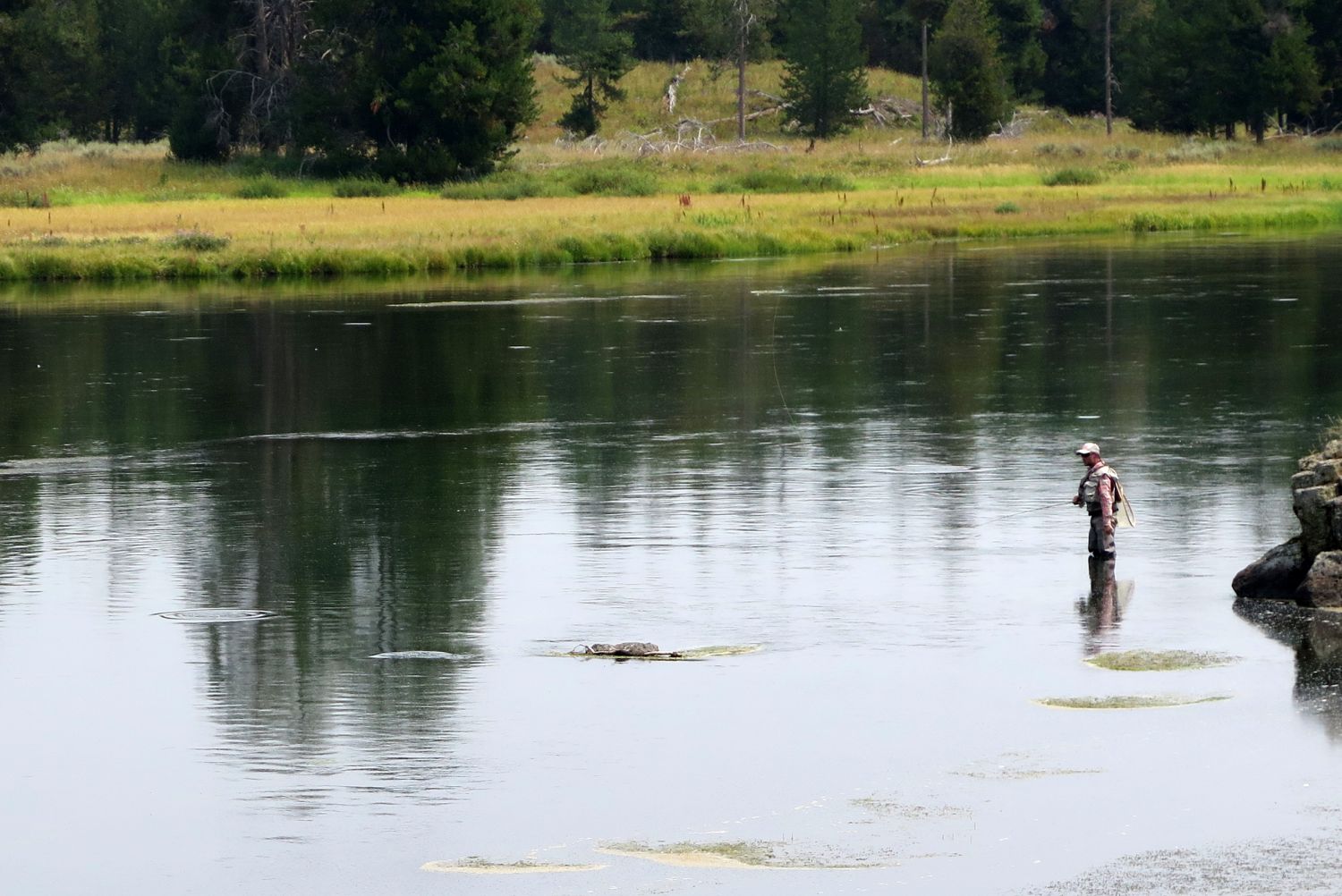 A later start does not necessarily mean that productive fishing time is shortened as aquatic insect activity can extend well into afternoon. On breezes still warmed by a relatively high sun, terrestrials like hoppers, ants, and beetles are carried to the water in numbers that make them of equal or greater importance in the diet of trout when compared to water based organisms that may see land for only a few hours of their existence.

Like most rivers that provide for crop irrigation, September flows in the Henry’s Fork respond proportionately to ripening crops downstream and a corresponding reduction in the need for water.

By mid-September the river has become a smaller version of itself in comparison to the volume of water carried in June, July, and August. Submerged for most of the summer, dense beds of aquatic vegetation become a visible feature of the surface where trout find security in the undulating tendrils. The difficulty associated with heavy weed growth includes severe complication in presenting the fly along with the likelihood that a hooked trout will quickly gain freedom in the merciless tangle.

It is during this period when September edges toward conclusion that the entire river becomes notably productive and accessible. This includes the lower Henry’s Fork that lies largely dormant during peak demands for irrigation and electrical generation.

By this point most summer hatches have given way to insects that will carry us through season’s end. With minor exception, Baetis mayflies ranging in size eighteen through twenty four will dominate the menu for trout. Midges which average even smaller in size begin to enter the equation as temperatures continue to fall. At size sixteen, Mahogany Duns cross the boundary between September and October while adding welcome relief to the eye strain connected with most fall dry fly fishing. 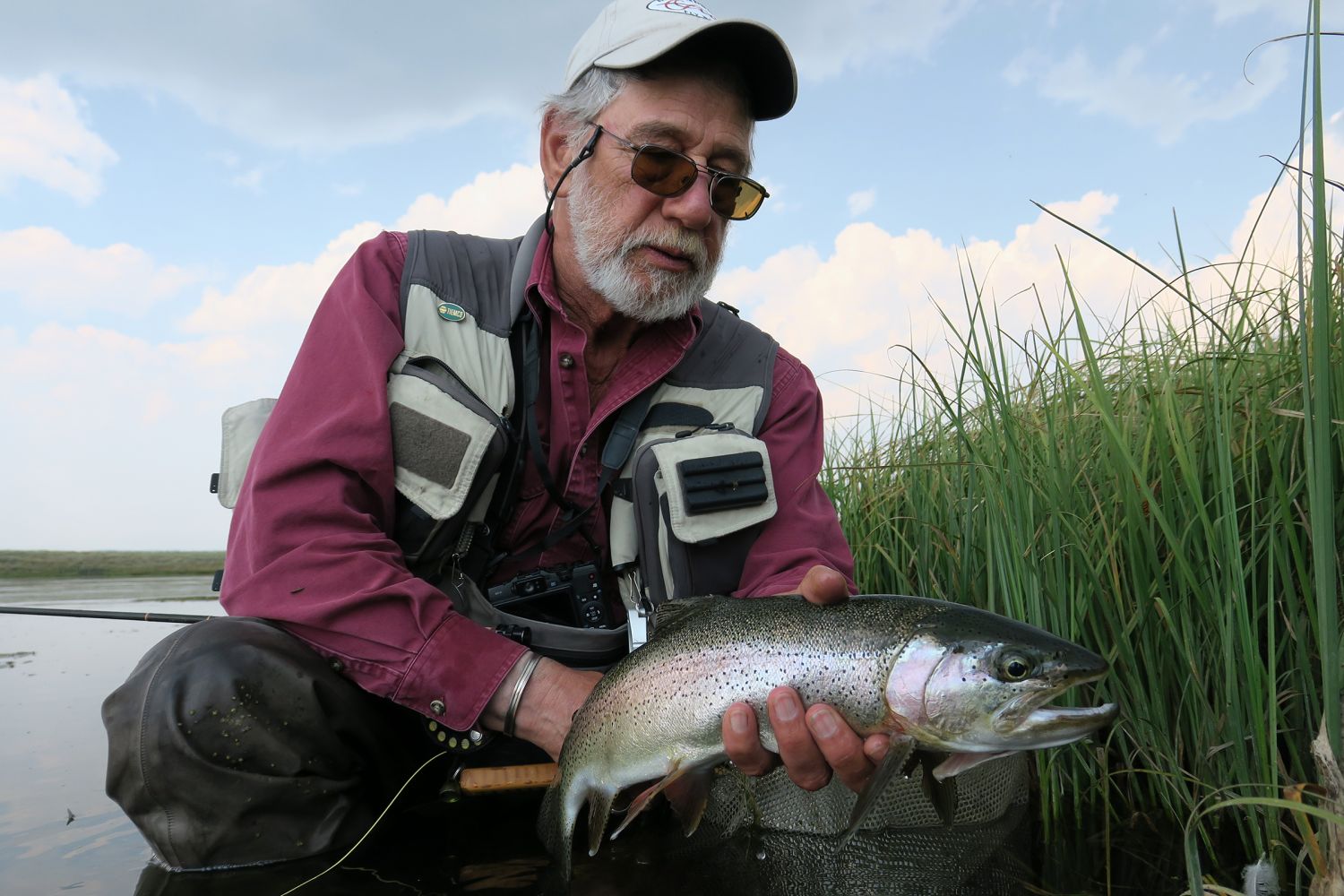 It can seem unfair that a river known in general for its angler resistant trout can become even more challenging but this is what September brings. Intensified by four months of near constant human attention, the ability of Henry’s Fork trout to avoid deception and capture reaches its peak in the low water conditions of fall.

Fortunately, we as fly fishermen are also at our best in the final season of our sport. With presentation skills sharpened by months of situational application and a determination to savor each remaining day, even the most pressured dual between man and trout is enjoyed with full appreciation and pleasure.