Thus far, the summer of 2017 has found the Henry’s Fork fishing community in better spirits than has been observed in recent memory.
Through four consecutive years late June through most of August were marked by unusually high and sediment laden flows from Island Park Reservoir. With oxygen and other water quality issues adding to the problem, trout and aquatic insect populations suffered substantially as did local businesses that depend on a healthy fishery.
Deserted parking areas and a river largely devoid of angler activity told a story of unprecedented disruption in the ability of the Henry’s Fork to attract visiting fly fishermen.
Thankfully, the current year has not yet witnessed continuation of those devastating conditions. To this point, anyone arriving on the Henry’s Fork has been greeted by clear flows and reasonably safe wading conditions.
Hatches, the backbone of the Henry’s Fork experience, have been noticeably assisted by the reduction of detrimental influences that have previously suppressed their numbers and appearance. Most prominent in terms of reliability and volume have been caddis. Whether morning or evening, no day on the water since late may has passed that I did not tie on a caddis imitation, and the results have been consistently positive.
Although Brown Drakes seemed a little weak, Green Drakes arrived at their appointed time in mid-June and continued well into July. Most encouraging has been a minor resurgence in our Flav hatches, which seemed to suffer more during the years of difficulty with summer conditions. A revival of PMDs, especially through Last Chance Run and the upper Ranch, is another encouraging indicator of recovery from those negatives. 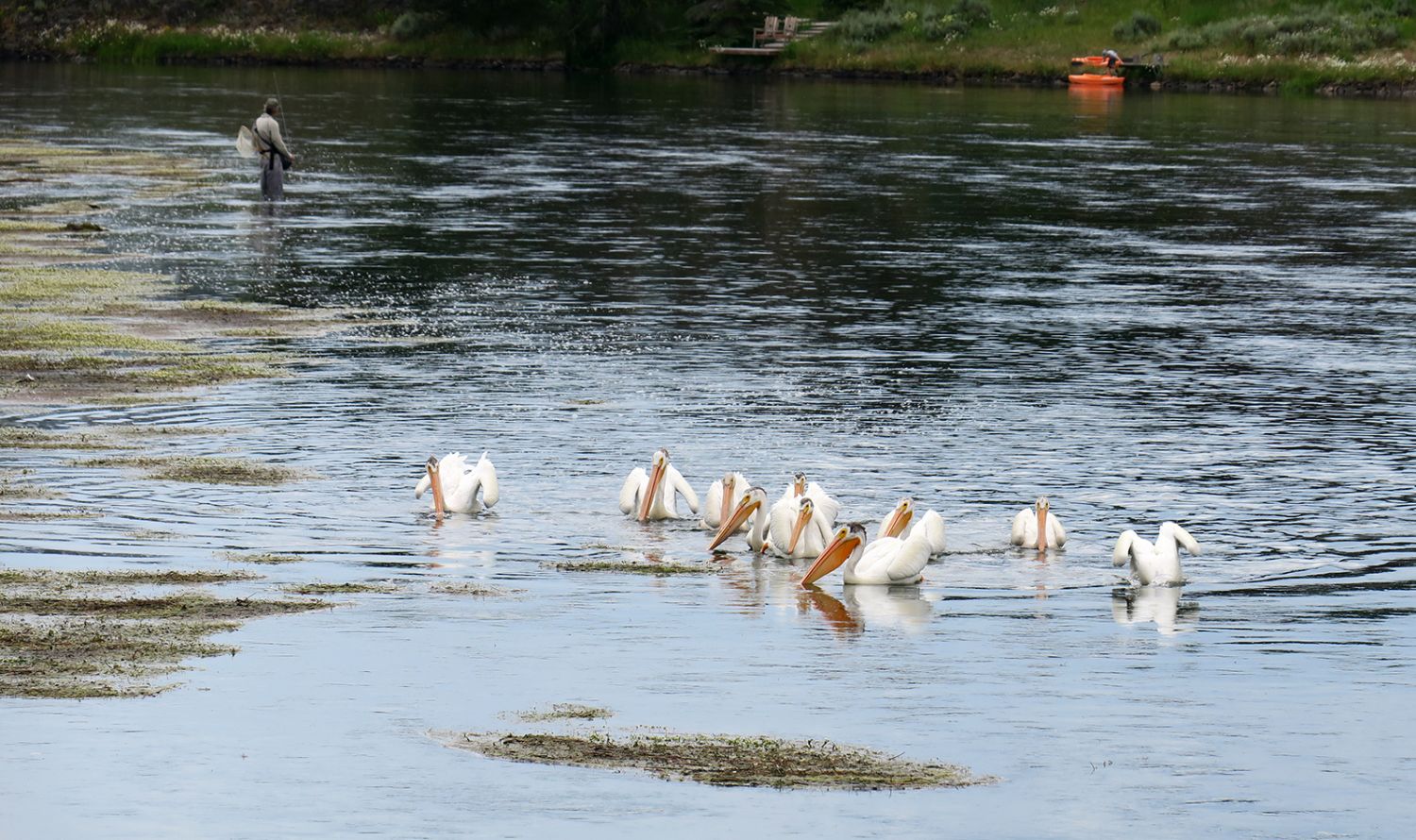 With the dog days approaching, Callibaetis and Tricos have entered the picture and assuming predictions are correct, water conditions should favor the most important mayflies of mid to late summer.
Hot, dry weather has the hoppers migrating closer to the water’s edge while ants and beetles have also become a daily factor in the diet of Henry’s Fork trout.
What will not be reversed quickly is a decline in trout numbers that have suffered as a result of rather indifferent water management. Adding to trout peril is a burgeoning population of White Pelicans that can wreak havoc even on the most healthy trout population. 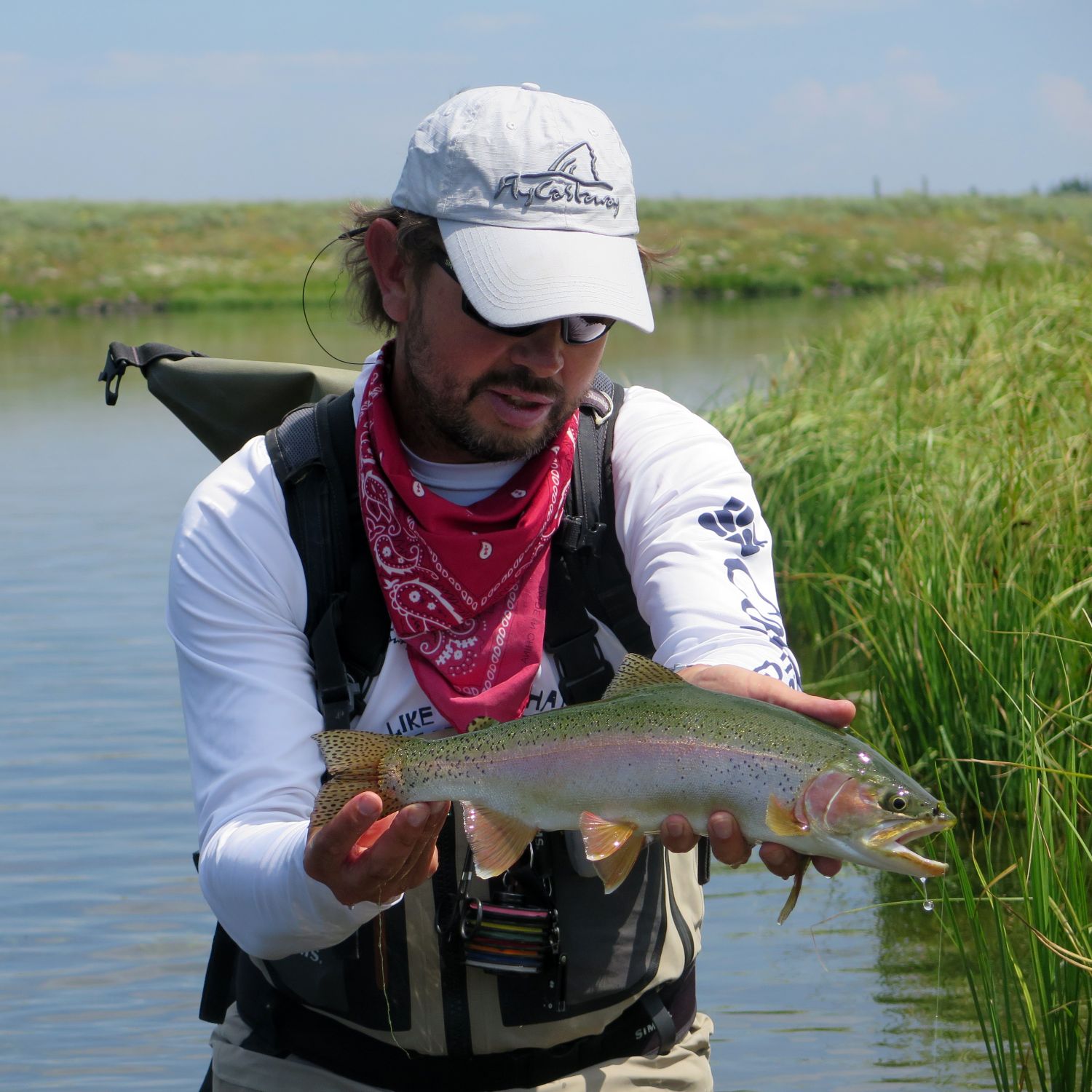 With trout numbers depressed to less than fifty percent of what existed five years ago, we all are working somewhat harder to find fish.
Anyone walking and watching the water will find considerable stretches of unoccupied water. However, respectable numbers of trout can be found concentrated in the most advantageous habitat where fishing can be quite satisfying. Most who apply patient diligence will have their effort rewarded and while big numbers are seldom the result, the trout size can still be impressive.
The greatest upside to the current picture on the Henry’s Fork is reduced pressure on the reservoir that feeds the river. Standing at one hundred percent of capacity through much of July, it is possible that the storage system reserved for agricultural needs will carry over enough water for improved winter flows, a factor so critical to trout survival. 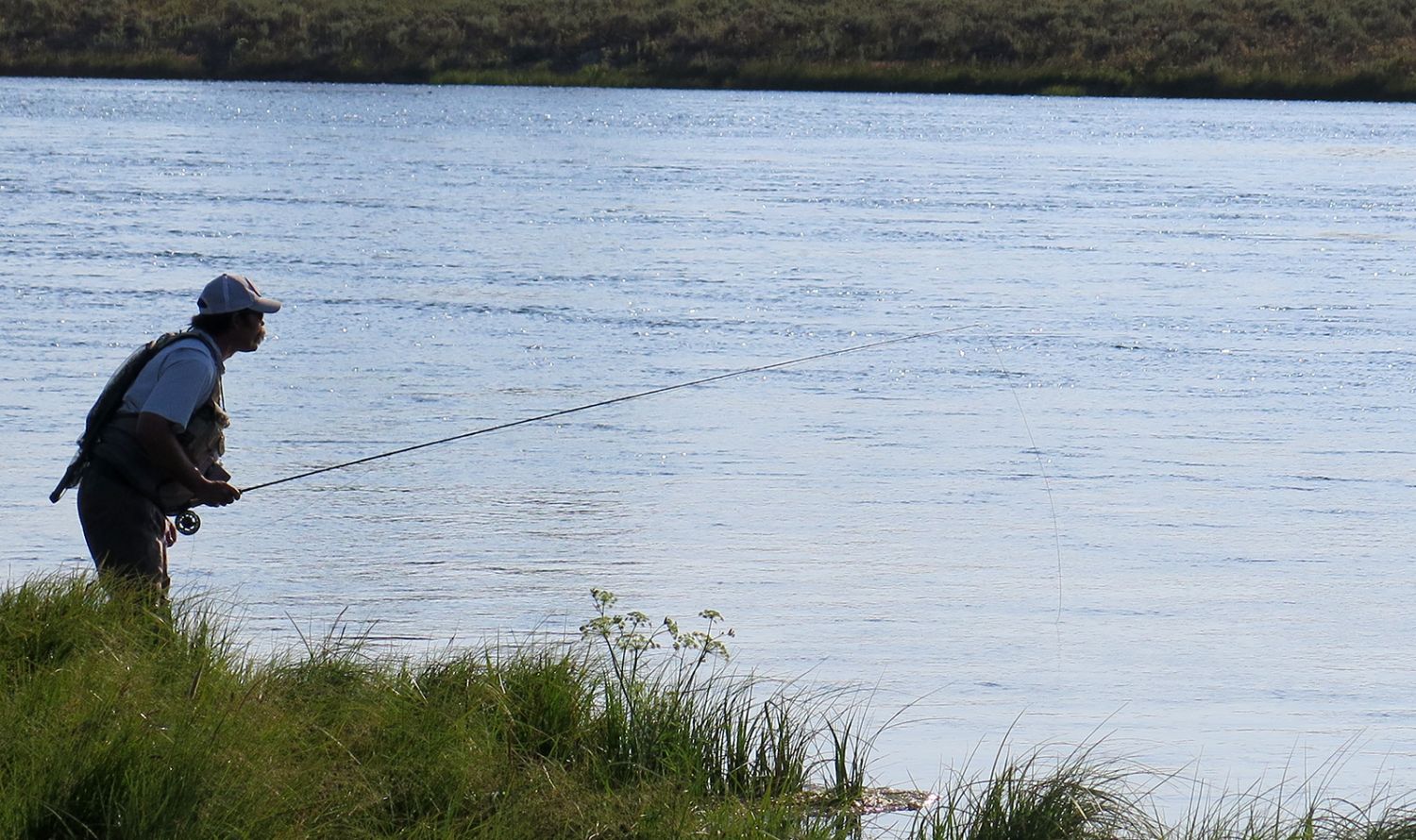 August finds the Henry’s Fork a very busy place when compared to just one year ago. From Last Chance through PineHaven, the river is occupied by a pleasant mix of local and visiting anglers and for many past concerns and difficulties have been all but forgotten.  But for we who live here it is a different story.
With tempered optimism, I will fish a morning spinner fall or evening caddis rise in constant awareness of the precarious condition of the Henry’s Fork fishery. A single rising trout represents a precious contributor to my sense of well-being and I can never take that for granted. And while the resiliency of this great river has once again been demonstrated, the threats remain. My hope is that the revival of 2017 is the beginning of a more favorable trend rather than a single year of temporary relief.