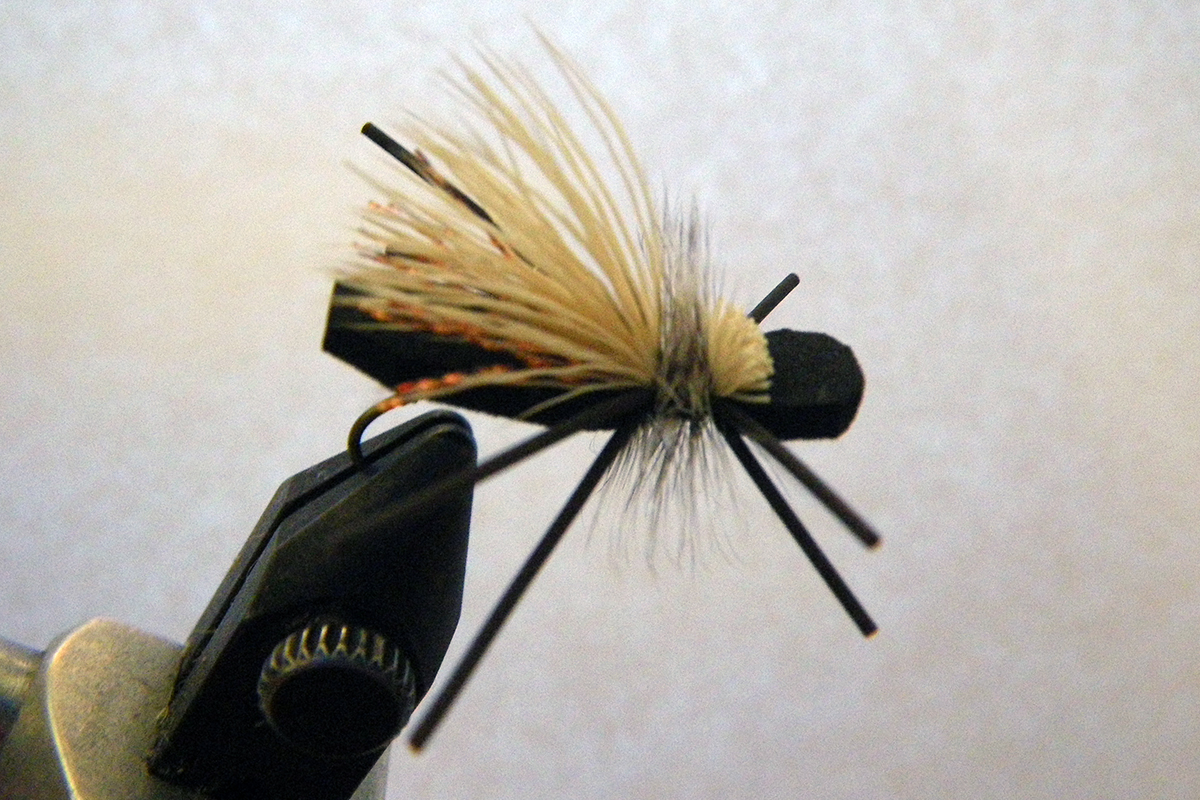 Several years ago, a friend of mine that has guided on the Henry’s Fork for more than twenty years showed me a fly that he insinuated was a silver bullet when it came to fooling difficult fish on the famed Railroad Ranch section of the river. At the time I was very skeptical but I had heard several other guides speaking in hushed tones about the effectiveness of this particular fly.  Not only was it supposed to fool fish that were actively feeding on the surface but also produced fish during periods of inactivity while being blindly cast to likely looking holding water. So, I bit the bait and purchased several of these silver bullets. Since that day the fly has become a staple in my fly box.  It has proven itself time and time again, just not on the "Ranch”. I have used it with great success on the cutthroat inhabited waters of the northeast corner of Yellowstone Park (Slough Creek, Lamar, Soda Butte, upper Yellowstone and Pebble Creek). I guess the main reason the fly has not produced for me on the "Ranch” is because I have never tied it on.  The fly is just too unconventional bordering on heresy for me to use on the hallowed waters of the Railroad Ranch.  However, the other day I found myself all alone on the river.  There was not a soul to be seen in any direction. It was late afternoon, it was bright and sunny, the temperatures were in the high eighties and the wind was up.  Needless to say there wasn’t a thing going on in the way of fish activity.  The perfect set of circumstances for me to finally give "Big Foam”, as this fly is referred to, a chance to do its stuff.  And the best part was there was no one around to witness my indiscretion. I tied the fly on to my leader and began to work the water.  A good hour and a half and 100 casts later I had nothing to show for my efforts.  It seemed like a good time to give up and go to plan B, a burger and a cold beer at the Last Chance Bar and Grill, when suddenly I spotted a nice rise.  I watched intently as the fish rose several more times. Ah ha, the perfect test for Mr. Big Foam. A dozen casts and what appeared to me to be nice drag free drifts later nothing.  It was time to put Big Foam back in the box and put something more conventional on. I had noticed that the wind was blowing a good number of caddis onto the water so I tied on one of Rene’s Fertile Caddis imitations. On my very first cast I had a tremendous boil under my fly but when I lifted my rod to set the hook all I came up with was air.  I put several more casts over the spot where that fish had been rising but it was quickly obvious he was not going to give me another chance. All I could hope for was that I would spot another fish to try my luck on.  It did not take long before I found another fish working in a shallow riffle.  I waded into position and when I thought I had the timing of his rises figured out I made a cast. This fish like the last one attacked my fly on my very first cast.  This time when I lifted my rod to set the hook I found myself tight to a strong Railroad Ranch rainbow. I will end this tale by stating that Big Foam will still be an important part of my fly arsenal just not on the Railroad Ranch.
Box Canyon:  Flows out of the Island Park Dam are up around 1000 cfs.  Up from the 650 cfs it had been running at for most of the summer.  1000 cfs is closer to average than 650 cfs which is a little on the skinny side.  Fishing has held up very well even during the rising water levels due to the water releases from the dam.  Nymphing with rubber legs and small beadheads has been the most productive way to fish the Box right now.  Try coffee/black, brown or orange/brown rubber legs with beadhead Crackbacks, Copper John’s or olive or brown Zebra Midges.  There has been a little dry fly action in the afternoon on adult golden stone imitations. Our favorite adult golden stone patterns are the Henry’s Fork Foam Golden Stone and the Water Walker Golden Stone. 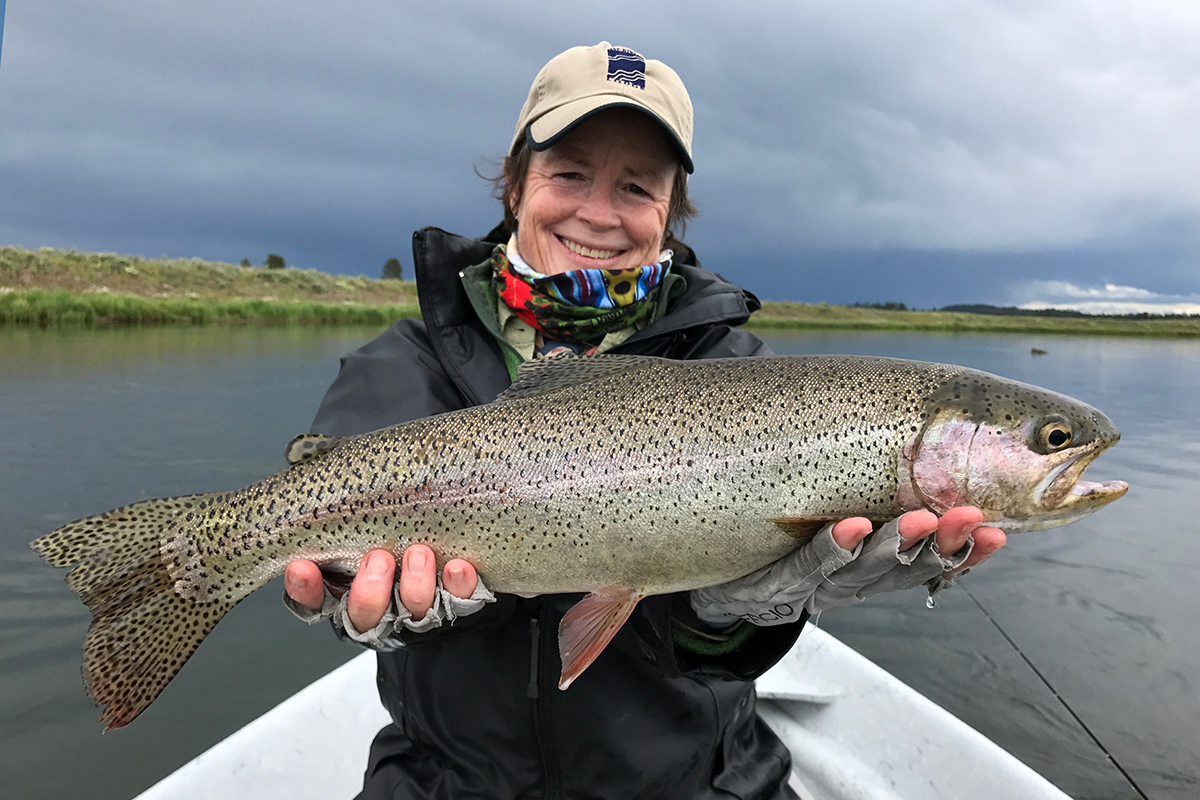 The Railroad Ranch:  The Ranch has been producing some outstanding fishing over the past couple of weeks. You are going to find Flav and PMD spinners in the morning, PMD’s hatching late morning thru early afternoon, Flav’s hatching in the late afternoon thru the evening hours, caddis during the afternoon thru the evening hours, Flav and PMD spinners will be back on the water in the evening and there are a few Callibaetis and Trico’s around.  In addition to all of that there are several types of ants on the water at various times during the day. Some fly suggestions would include CDC Fertile Caddis, Bubbleback Caddis, PMD Transitional Duns, Rusty Spinners, black CDC Flying Ants, Barrett's Flav Spinner, CW H&H Flav and the Film Critic Flav.
Warm River to Ashton:  Nothing much has changed on this section of the river since my last report.  The fishing continues to be solid.  Fishermen are reporting good action with dry flies, nymphs and streamers.  For the dry fly fisherman try yellow Stimulators, Royal Trudes, EZ Cadis, Renegades and Water Walker Golden Stones.  For the nymph fisherman I suggest black, brown or coffee/black rubber legs, Flashback Pheasant Tails, red Gummy Worms, and Shop Vacs.  And, for streamers I like Kreelex’s, Sculpin Sparkle Minnows and olive Near Nuff Sculpins.
Ashton to Saint Anthony:  This lower section of the Henry’s Fork has slowed down considerably.  The hot sunny weather has made this a very early in the morning fishing proposition then pull out and fish somewhere on the upper river later in the afternoon and into the evening. 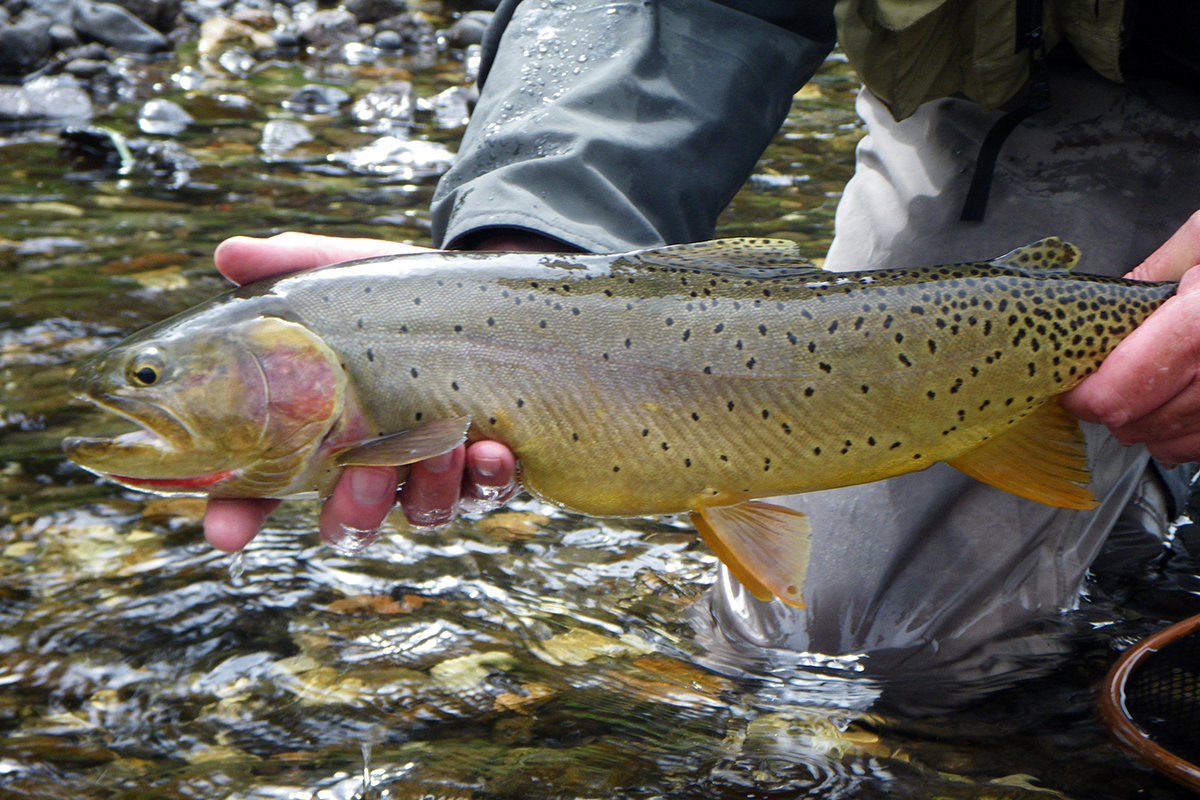 The Madison River, Montana:  Fishing on the Madison has been very good to excellent with dry flies and nymphs.  Caddis, yellow sallies and Epeorus are hatching, creating great fishing opportunities.
The Yellowstone River, Yellowstone National Park:  The water level is very high right now but the salmon flies and golden stones are hatching producing excellent fishing for some very large cutthroat trout.  Be cautious when wading keeping in mind those fish are very near to if not right on the bank so you shouldn’t have to wade too much. We suggest Water Walker Salmon Fly and Golden Stone patterns for you dry fly fishing.