When it comes to working harder for fish, I am no different than anyone else on the Henry’s Fork in 2017. 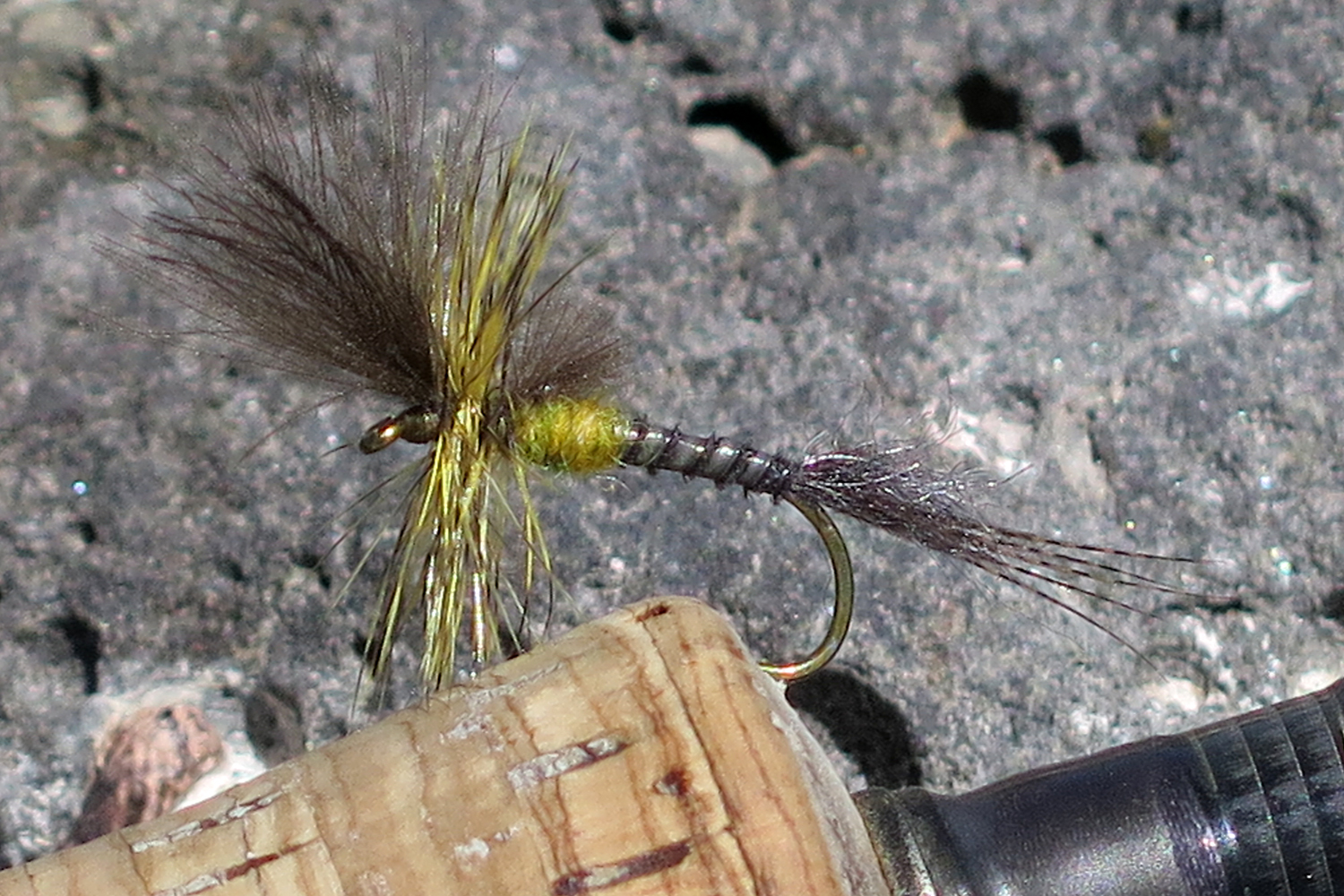 With reduced trout populations combining with weaker hatches than usual, I find myself walking more miles and watching more water than I have been accustomed to over many years of fishing this legendary river. Complicating the matter of dry fly opportunity on both the upper and lower Henry’s Fork has been the additional angler competition resulting from neighboring rivers that are not fishable at this time due to exceptionally high flows. But as often happens in times of discouragement and frustration, the river has delivered a gift of relief in the form of one of its most noble occupants.
Nothing in my memory has demonstrated a greater ability to spark the interest of trout than a showing of the big and brightly colored mayflies that mark the beginning of summer on the Henry’s Fork.
Hitting a Green Drake hatch is like finding gold for a fly fisherman who measures wealth by the opportunity to mine the riches of a great trout stream. And one who speaks of chasing the green is not referring to currency.
At a solid size ten, even a relatively sparse showing of Green Drakes can motivate a big trout to action, and the response is always marked by enthusiasm.
With finding a prospect as the first order of business, few things are more helpful than the showy surface display resulting from an aggressive attack on this most attractive of prey. This is particularly beneficial in riffled water where a trout’s presence is often hidden when the objective is a smaller food item.
While often viewed with distain, the activity of gulls swooping low over the water is a reliable indicator of Green Drake presence. And like the trout, Green Drakes are not found everywhere on the river.
An example of this inconsistent nature happened early this week while I was fishing the Ranch with long-time friend, Terry Ross. Though fishing only a few hundred yards apart, Terry was treated to a generous helping of Green Drakes while I found a mere handful upstream. In an hour’s time Terry’s net was graced by two impressive rainbows while my net remained empty.
With reasonable reliability, Green Drakes begin hatching in the Caldera section by June twenty, which is about a week later than the lower Fork. Early July will find the hatch beginning to fade but remnant numbers can extend into mid-month. I have been known to capitalize on the trout’s memory of this significant event by fishing a Green Drake imitation for as long as a week after the big bugs have completely disappeared.
In good years and otherwise, Green Drakes have come to symbolize the Henry’s Fork experience. Looking forward it is comforting to know that this dynamic hatch continues as a welcome and appreciated feature of each season. And not every river can claim this distinction.