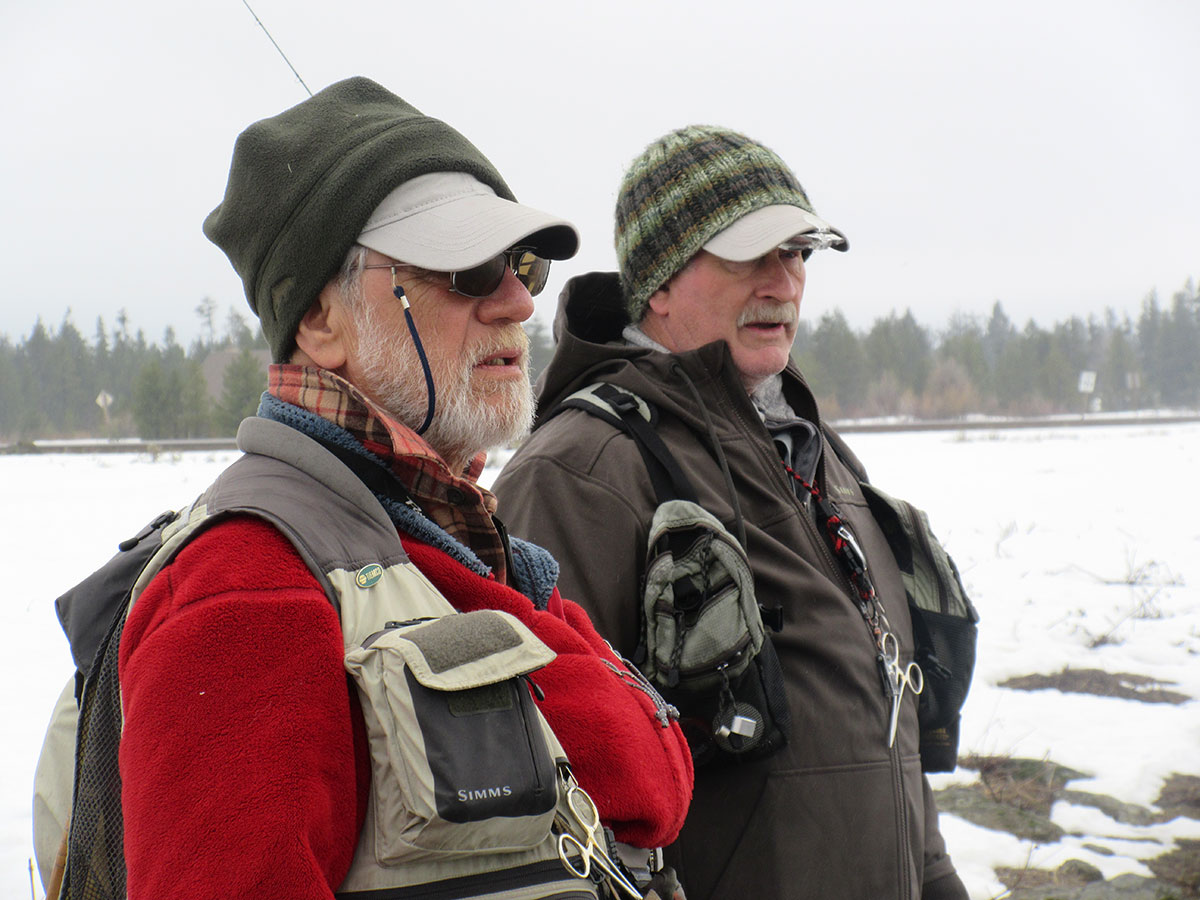 That spring is a process is never clearer than to a fly fisherman.  And while those who live at the high elevation of Island Park are only now beginning to see signs of a changing season, on the lower Henry’s Fork it appears that spring has actually arrived.

While checking on our cabin last week I found at least three feet of snow remaining along Last Chance Run, but this is a reduction of more than a foot since my last visit.

Here at St. Anthony the snow has all but vanished and spring yard work has begun to compete with my time on the water. Fortunately, I am bailed out to some extent by a teenage grandson in need of gas money so I am not feeling too deprived.

Although March began as an extension of February’s contribution to a very welcome snowpack, weather was remarkably pleasant through the final two weeks of the month. 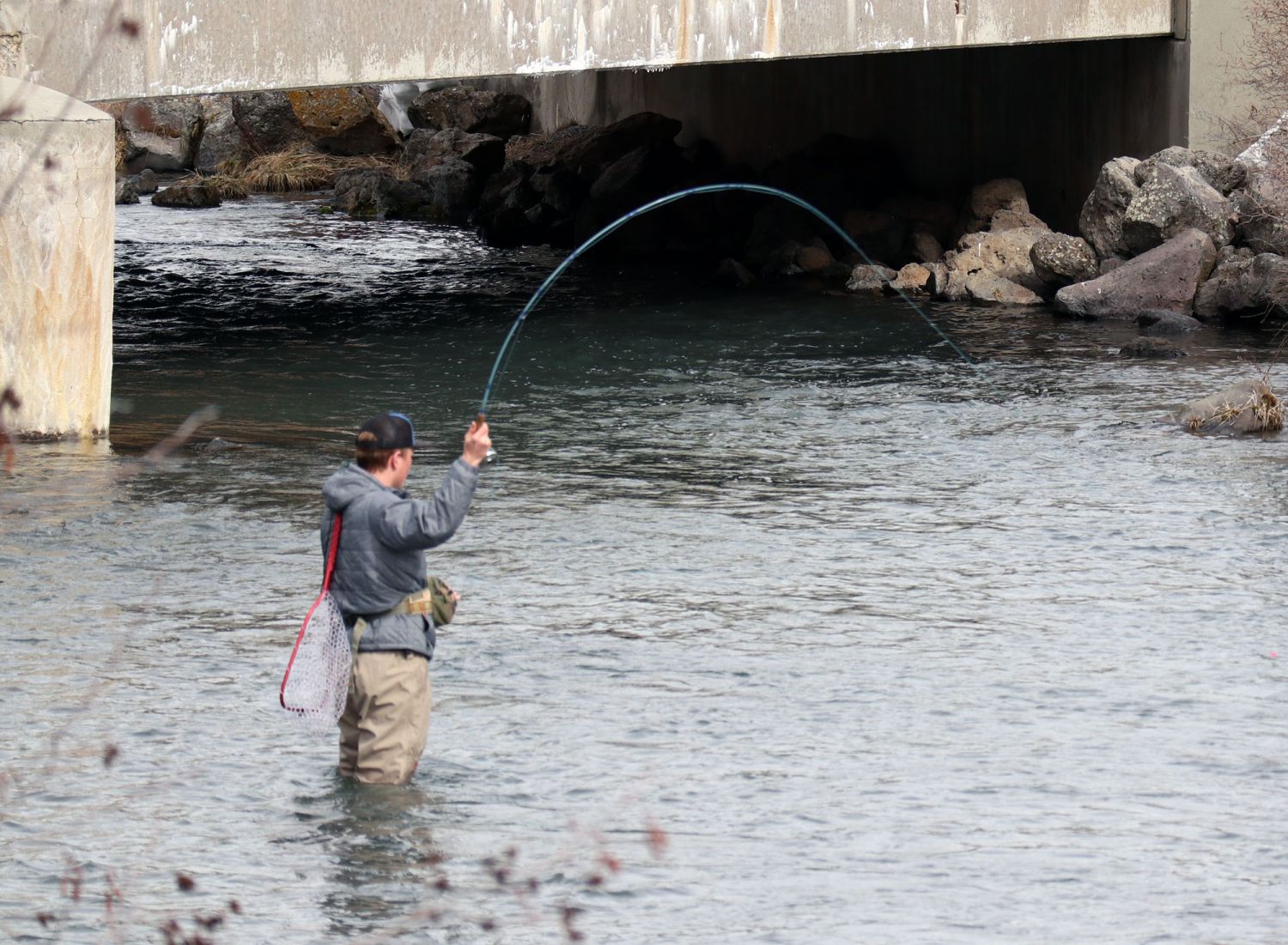 Despite being mostly limited to drifting nymphs or pulling streamers there were also some magical days of fishing with tiny dries on the lower Henry’s Fork and its tributaries.

While melting snow enlarges the range of fishing opportunities it’s earlier than normal arrival has kept water temperature somewhat below what is ideal for the appearance of larger aquatic invertebrates that we begin to anticipate with the arrival of April.

Midges and some extremely small black stoneflies may be dwarfed in size by early Baetis hatches but at size eighteen the largest of these spring mayflies bring only minor relief to the eyestrain that accompanies the first hatches of the year. While I love these little guys and the action they afford, it cannot be denied that something in the range of a size fourteen is certainly more comfortable for a man of my years. 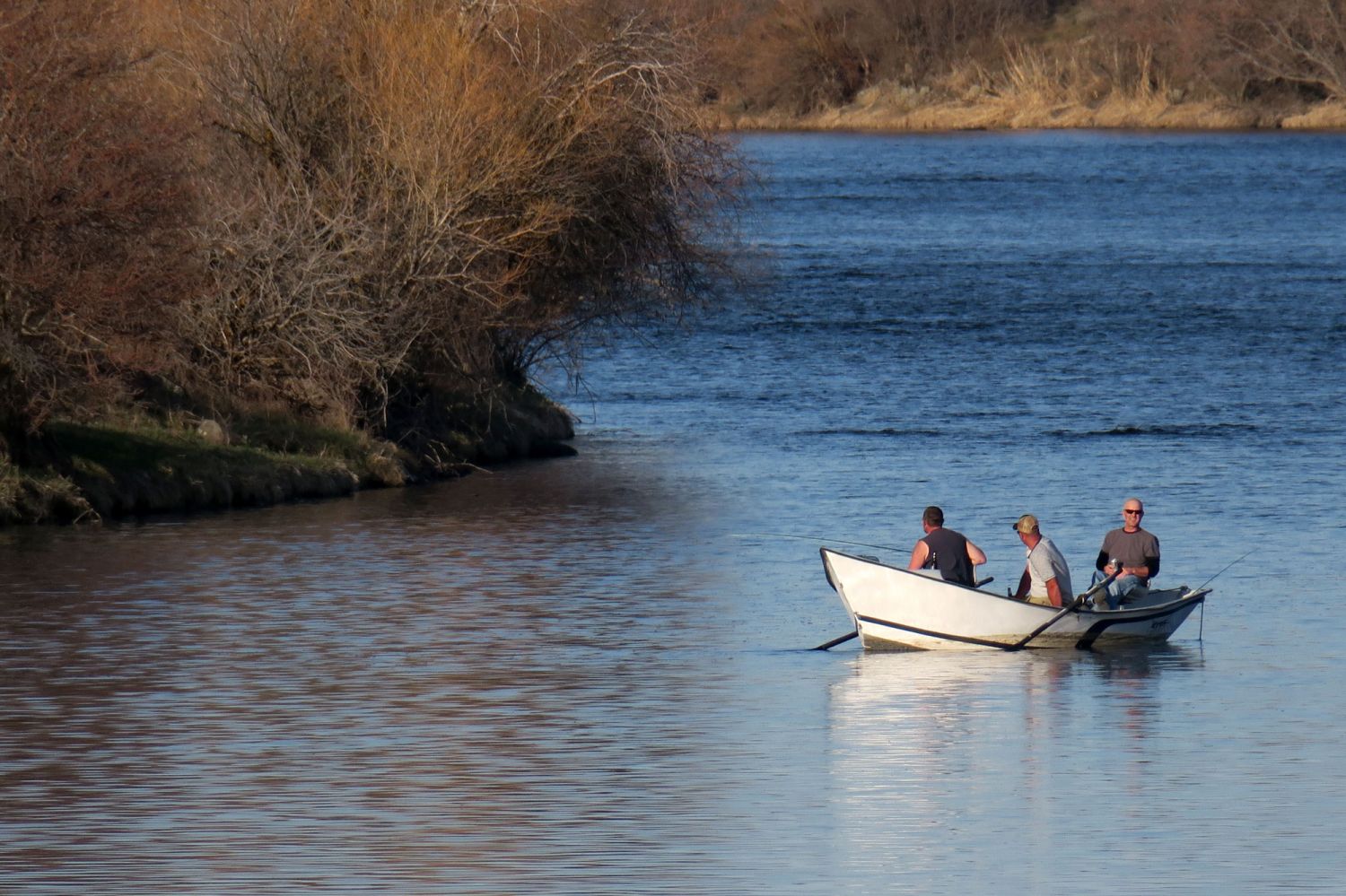 I wait for the day when the willows and other streamside plant life begin to bud, which tells me that conditions are right for caddis and March Brown mayflies. Both of these insect types meet the criteria needed to escape the realm of minutia when it comes to spring hatches.

Although it can be later in some years, temperatures that generally remain above the freezing mark will occur sometime in April, at least in the area of the lower Henry’s Fork. Heading to Island Park to fish Last Chance Run at this time means trading the larger caddis and mayflies for a return to Baetis and midges, but it is often justified.

Climbing more than a thousand feet at this time of year can be a retreat into winter conditions in terms of snow along the banks and the need for a warm jacket. That I will make the one hour drive from St. Anthony at least three or four times should reveal adequate information about the potential of April fishing at Last Chance.

Depending upon snow depth and other access related limitations, I am likely to be checking the Buffalo River, the Henry’s Fork near Mack’s Inn, or even Henry’s Lake Outlet before the arrival of May.

The point is that April provides relief from the repression of a long winter by expanding the menu of fishing opportunity on the Henry’s Fork and its tributaries.

It will probably be a week or two before I am ready to drift north and into mountain country. However, the lower river and its tributaries like Fall River and Warm River are coming alive right now under a warming sun. I think I’ll go fishing.