From 2012 through 2015, it was fun to write my annual report on Ranch fishing.  This year it is difficult.  My clients and I invested more than 400 hours on the water between 15 June and 11 September.  We had a few days of good fishing, but there were many terrible days.  I am not one of those anglers suggesting the Ranch is dead.  We have learned—from the silt release of 1992 and other historical events—that the river is resilient, but we are facing huge challenges.  I have arrived at the grim conclusion that if we do not address the inadequate water flows in the winter, the purges of high, discolored water in the summer, complex water quality issues, our rainbows’ gill-lice parasites, and the declines in age classes of our rainbows, and in aquatic insects, the fishery, as we have known it, will not survive.
The Early Season (15 June- 6 July)
In my first six days of guiding after opening day, my clients and I invested 52 hours and landed one good rainbow.  It was not that we did not work at it—on one day, a client’s pedometer documented we walked, and waded, 8.3 miles.  You might, ask, reasonably, if our failure was a function of poor guiding.  During the period, I asked the superb guide John Hudgens about his trips on the Ranch. He said, "We had no chance.”
You can distort reality and say:  "We had a few bad days in the early season.”  Or, you can honestly admit that the early season fishing was essentially non-existent.  If you are not on the Ranch daily, it may be easier to rationalize the terrible fishing.  If you guided anglers who had great days in other years, the days without rising fish were brutal.
The Mid-Summer Season (7 July – 25 July)
The mid-summer season provided fine Flav fishing—for those who were in the right place at the right time.  My clients and I landed 26 good fish on Flav duns.  Unfortunately, at the time we hit the Flavs, we began to get high water flows from Island Park Reservoir.  The discolored water made it impossible to see your feet when wading in knee deep water.
We had some decent spinner fishing in the mornings of the mid-summer season, but it was not as productive as any of the years from 2009 through 2015.  Hopper fishing started at the end of the period and remained decent into September; however my clients and I landed less than one half the fish on hoppers than we did in 2015—we landed eleven good fish on hoppers in 2016 and twenty-three in 2015.
The Late Summer Season (26 July- 27 August)
The late summer saw some fine honey ant fishing.  I found adequate numbers of honey ants on seven days in 2016; however, I had eleven good days of honey ant fishing in 2015.
The great spinner fishing we have had each late summer season since 2008 was not seen.  We had some good mornings, but landed far fewer fish on the usually reliable Callibaetis spinners.  We also missed the fine late season PMD fishing we typically have.
The Fall Season (28 August- 30 November)
I had good hopper fishing in the early fall; however, as is always the case, my fall fishing is limited to the first half of September.  I heard that the Fall fishing picked up after I left Island Park. 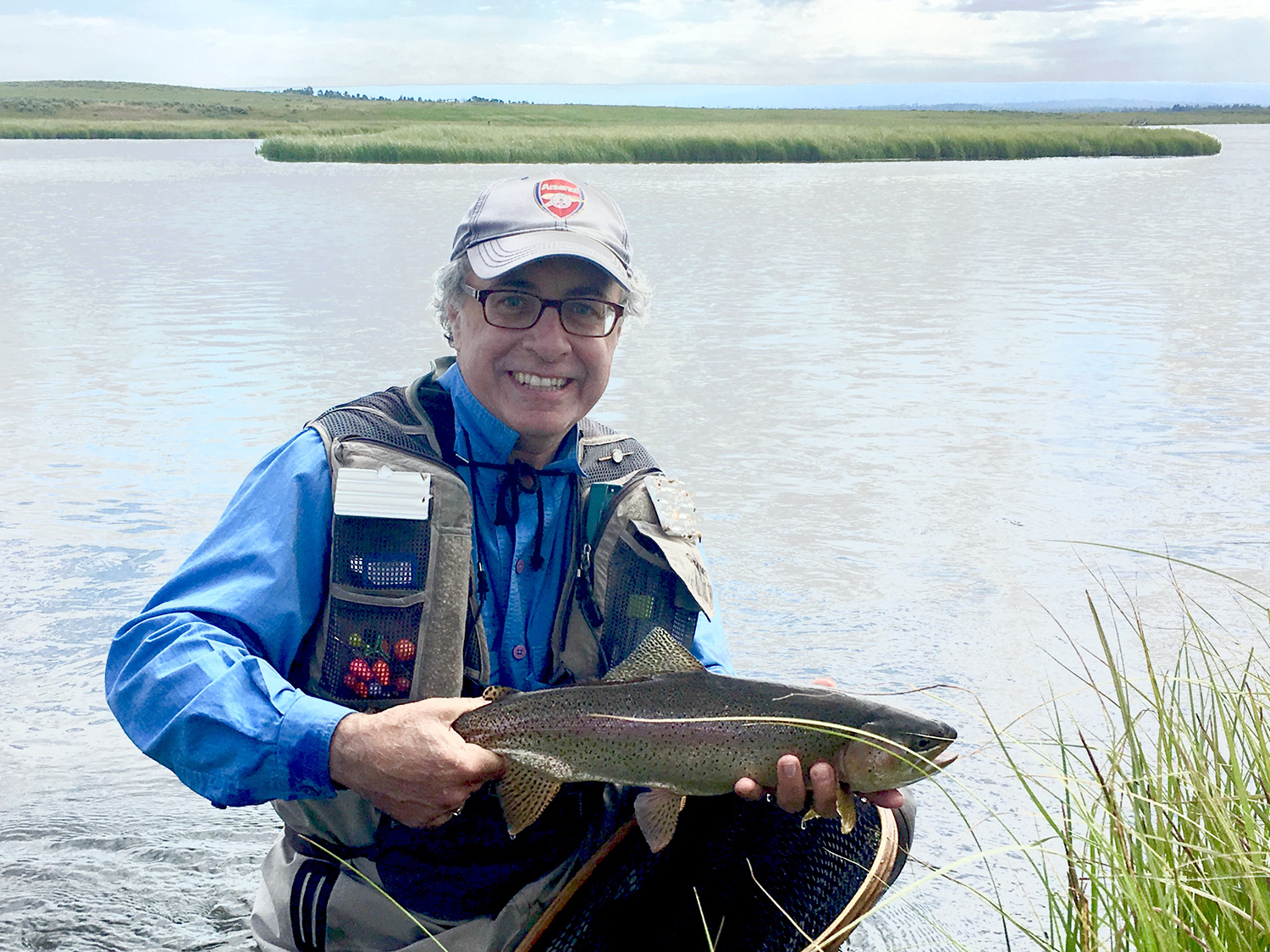 2016 Clients
I salute my 2016 clients.  Without exception, they accepted the poor fishing with grace and good spirit.  The Ranch selects for impressive clients.  They have heard how difficult the fishing is but they are bold enough to give it a try.  Many enjoy their first day, even if they don’t land a good fish.  Most are captivated by the beauty and tranquility of the Harriman, and until 2016 it was rare they would not see big rainbows sipping flies from the surface of the flat water.  Clients often articulate the idea that one good Ranch rainbow taken on a dry fly is more satisfying than 40 Madison fish taken with nymphs and a bobber.  It is gratifying to watch clients become competent.  On our water, competence is achieved the hard way— by learning to cast accurately, while putting slack in your long leaders to achieve good drifts.  Even after acquiring a measure of skill, clients learn that to be consistently successful they must pursue our selective rainbows with relentless determination. 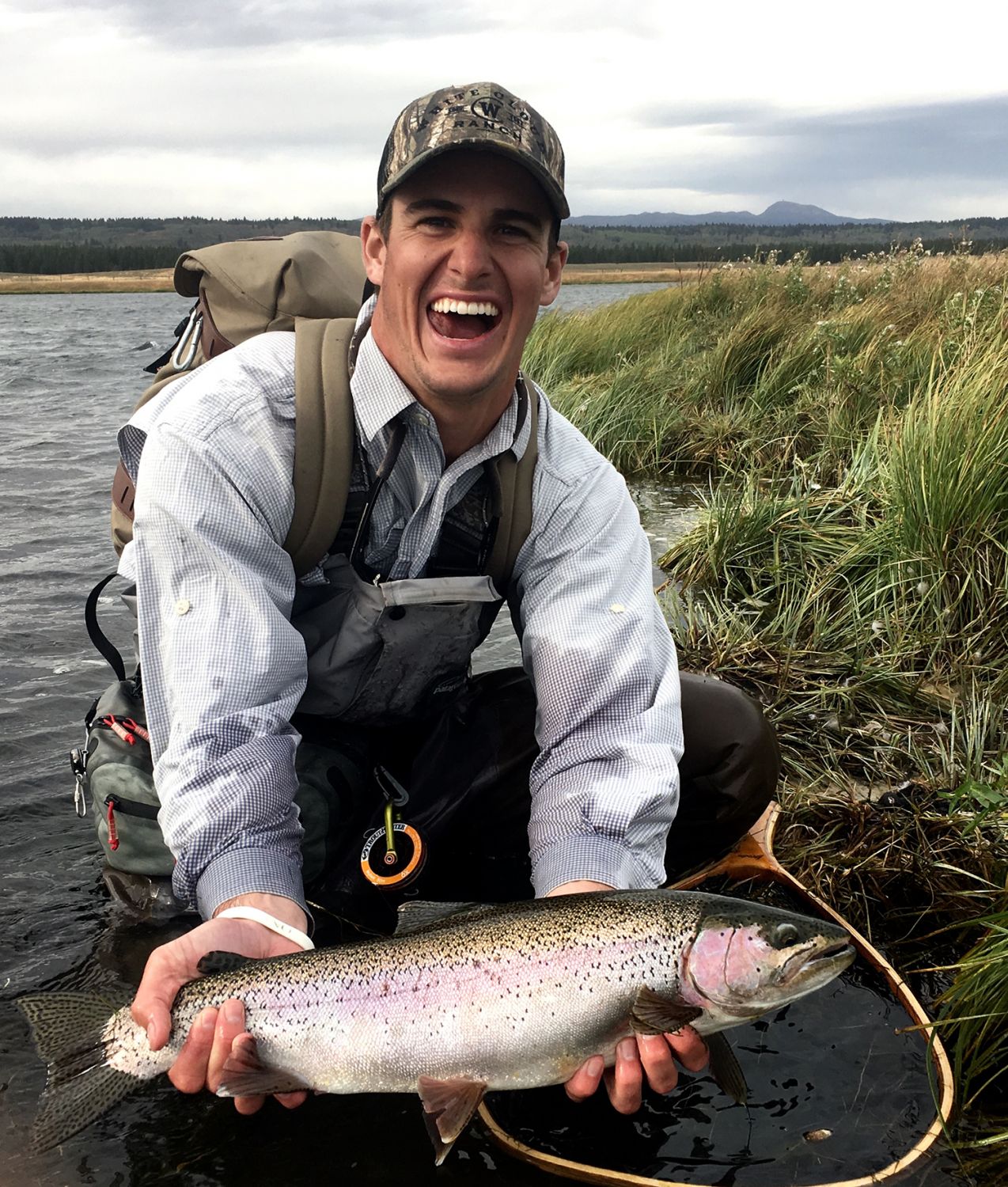