To see the Last Chance area again bustling with excited fishermen is a sight that has been all but missing during much of the past three months. 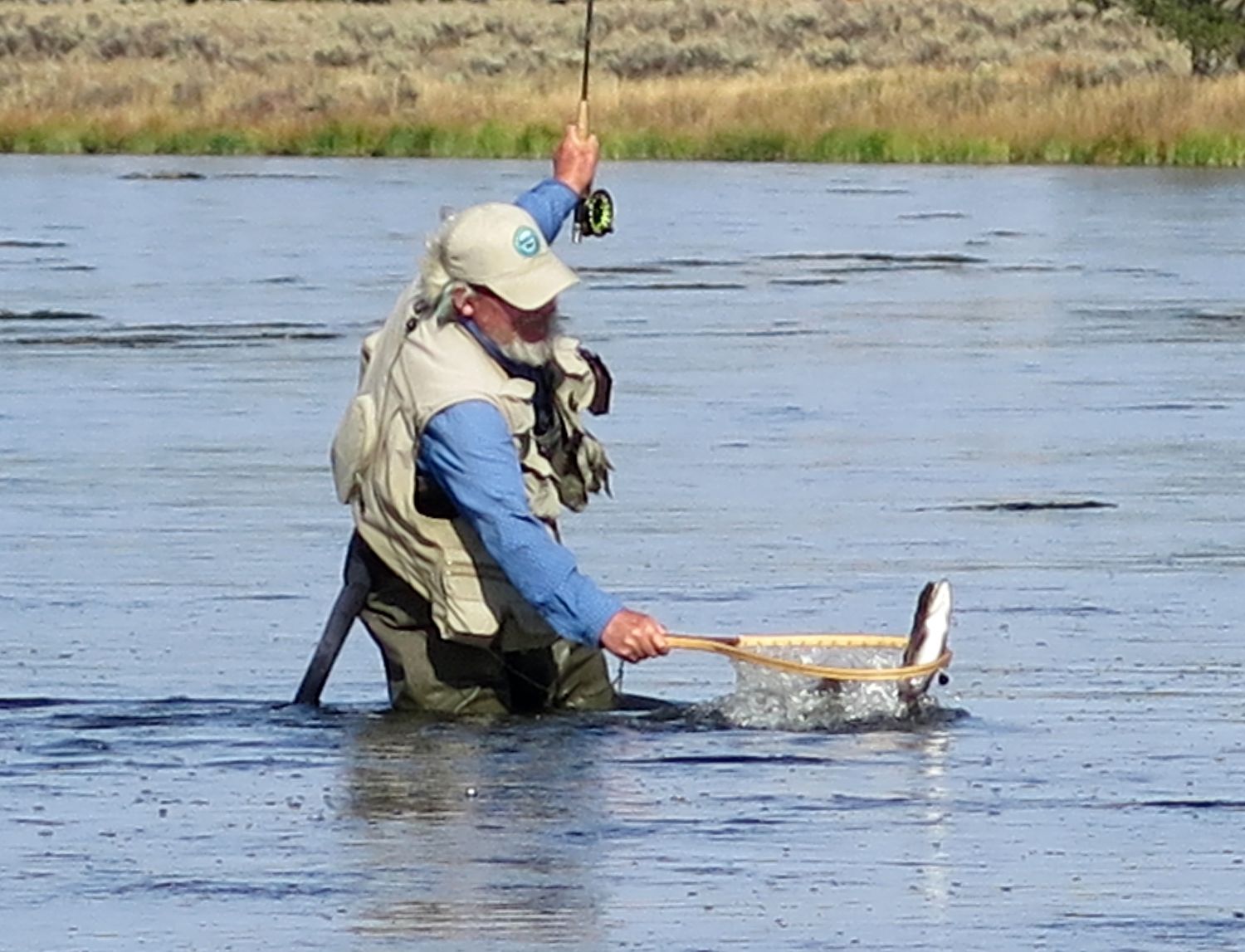 The low, clear, flows of the Henry’s Fork are in stark contrast with the water conditions that put a damper on fishing through all of July, August, and well into September. While current release from Island Park Reservoir is much lower than is generally seen at this time of year and expected to be reduced even more, there is a distinct upside to this variance from normal.

With inflow exceeding outflow, the reservoir level is now increasing from a low point of 15% of capacity. A lower volume of water flowing downstream means less sediment from the lake bottom moving into the river, thereby reducing the turbidity that has plagued the river for most of the summer.

At 200 cfs and lower, getting a drift boat down Box Canyon is like a pin ball game against the rocks unless the guide is willing to spend more time walking the boat than on the oars. Therefore, wading is a much more practical way to access trout now concentrated in the deeper pools and runs. However, the Box retains its rugged character even during times of low flow and caution must always be exercised by the wading angler.

Downstream through Last Chance Run and the Ranch, water depth is not an issue for moving about the river. However, this is not to imply that the slower moving stretches are immune from safe wading practice. 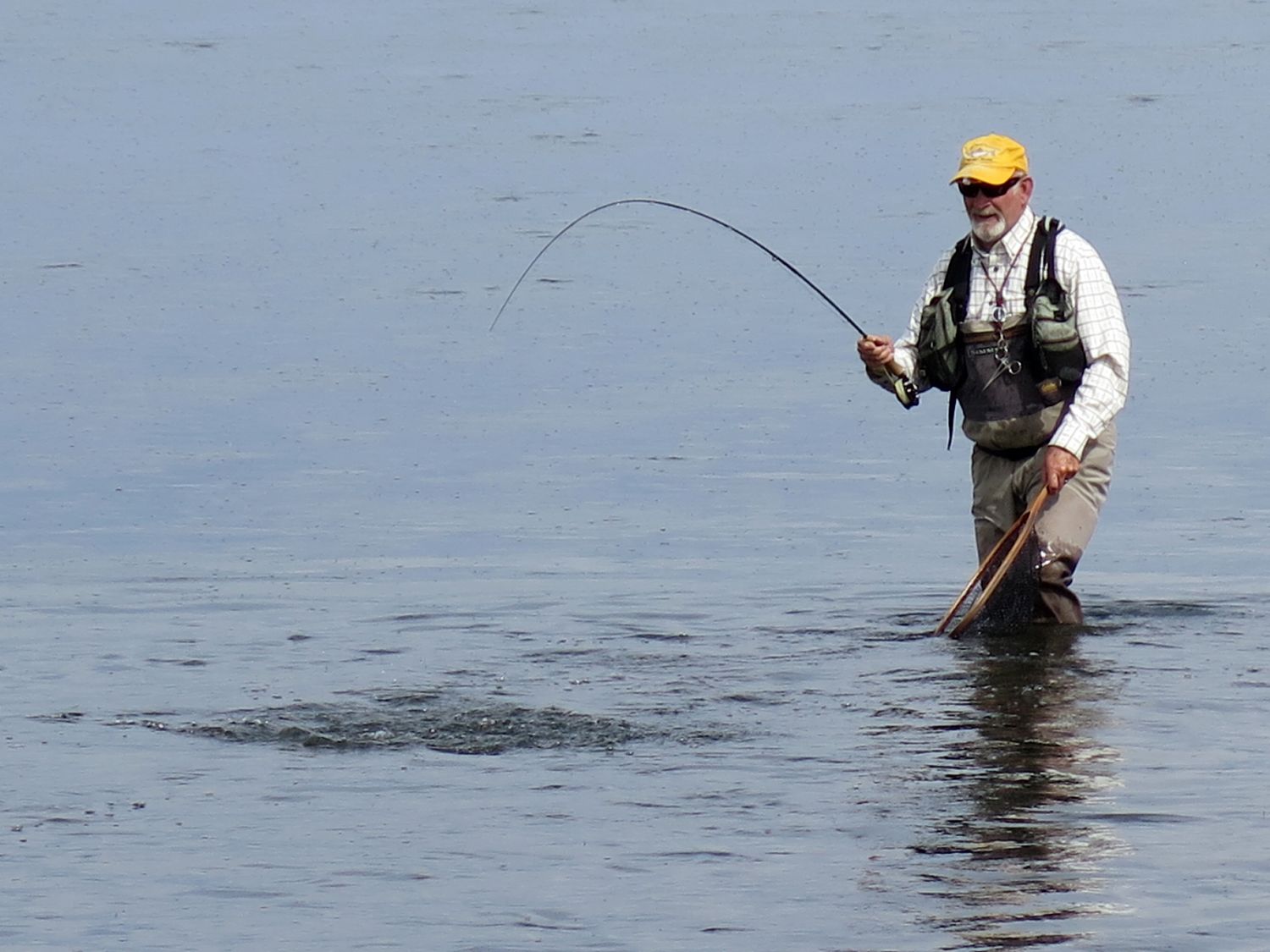 A five month accumulation of dense aquatic vegetation can be difficult to push through and hidden rocks lay waiting to capsize the careless.

The task of finding trout in the slow water section is made easier when trout congregate in the deeper portions where they will remain until spawning time in the spring.

A day in late September found more than twenty vehicles parked at Last Chance Access and perhaps a dozen more scattered along the river directly upstream. Despite arriving at least two hours later than what would be considered ideal, Tom Watkins and I found terrific fishing in early afternoon both directly above and below the Log Jam.

Catching the end of the Mahogany hatch, Tom and I were both into good fish within minutes of arriving on the water, and the switch to smaller Baetis was seamless.

With plenty of fish to go around, there was no disruption from competing anglers with whom we shared the water on that remarkable day. Upwards of two dozen fellow fishermen fished within our view and a sizable percentage were observed playing impressive fish. 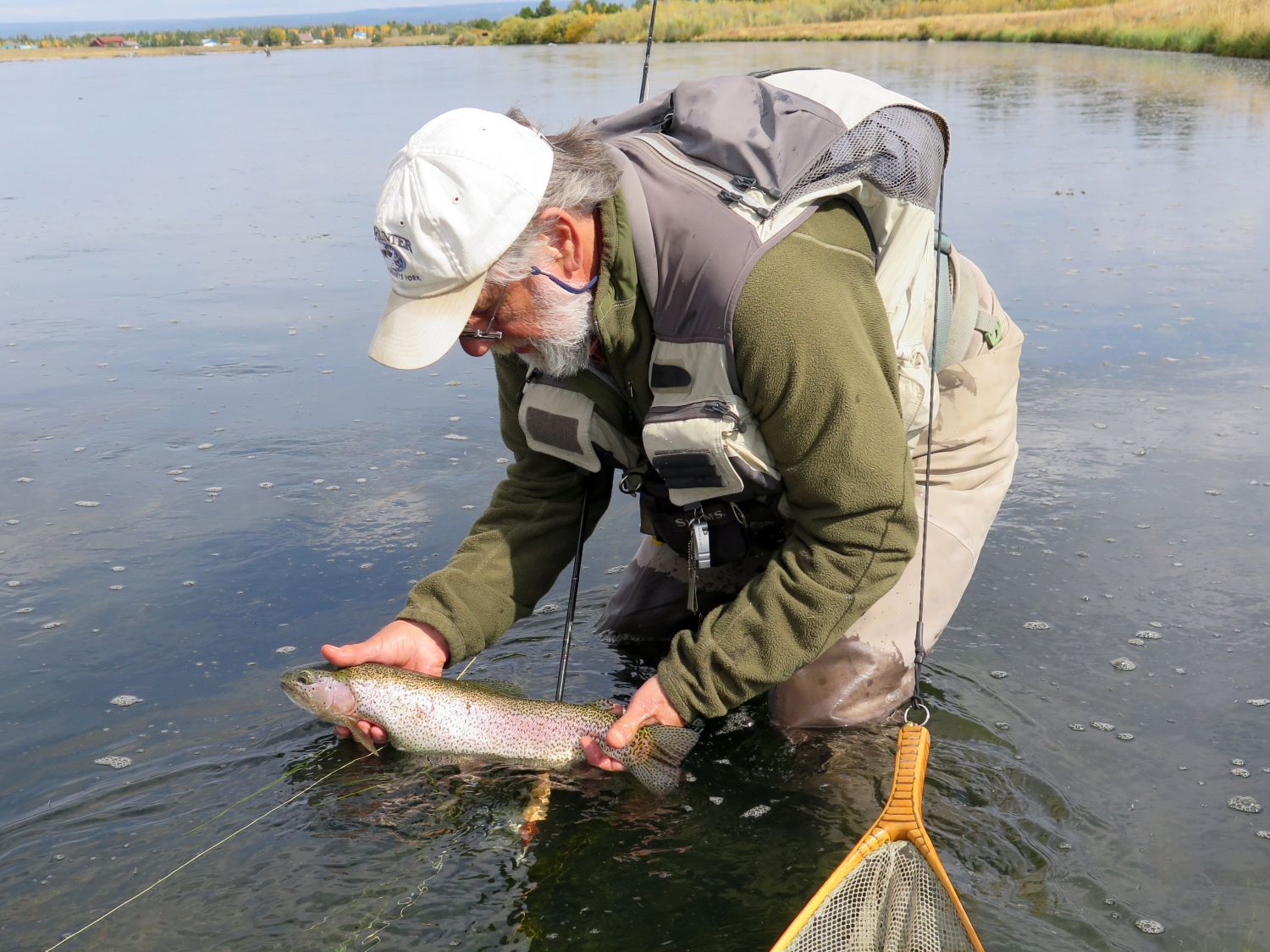 As feeding activity in this area began to subside, we decided to check out the diversion about a half mile upstream. With the sun peering over the menacing dark clouds of an approaching storm, we perched on the tailgate munching Tom’s smoked fish and sipping on cold beers.

Choosing to reflect on a near perfect afternoon rather than tormenting any of the dozen or so sizable rainbows that continued to feed within view, we spent the last hour of the day just watching.

In a year of extremes, favorable weather, improved water conditions, and happy fishermen have returned to the Fork. With reports of good fishing coming from virtually every lake and river within an hour of Island Park, October is setting up to be perhaps the best month of 2016.

Though disruptive at times, the heavy rain and cooler temperatures of recent weeks are a welcome change in a season marked by hot, dry, and extremely windy weather. And the relief felt by our beleaguered fisheries is being shared among those whose concern has been so strongly felt.