I entered the business of fly fishing in 1968 at age 23. It was at that point that my livelihood became tethered to a single river and its ability to attract visitors. And in 2016 that has not changed.

On the basis of reputation, two days of air travel and considerable financial expense became justified in the mind of Tim Babich to fish the Henry’s Fork for the first time. 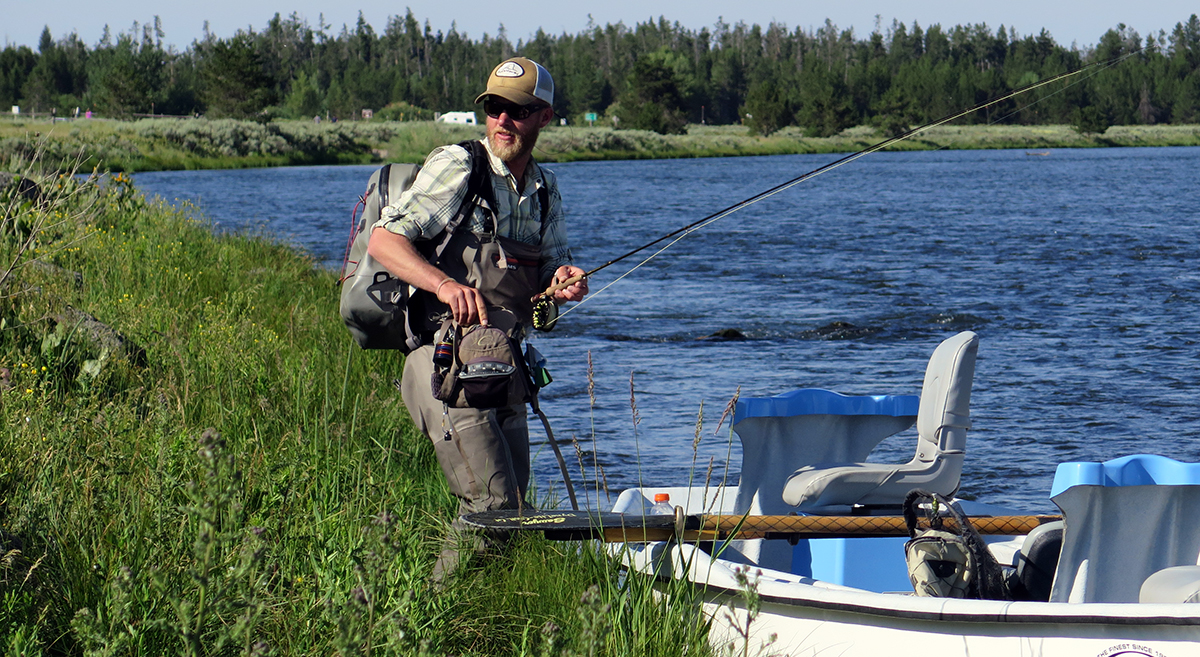 He would be making the journey from South Africa in the company of Ryan Hammond, a veteran of two other visits to Idaho during the past three years.

Like Tim, Ryan’s introduction to the Fork came in July when the river runs at its highest level separate from spring runoff time. Along with business partner Gerhard Laubsher, he had learned that, in recent years, this is not prime time for experiencing the full range of qualities that the Henry’s Fork has historically been known to offer.

Also a partner in FlyCastaway, Tim displays a passion that is equal to his impressive ability with a fly rod, and both would be put to the test on a day that probably could not have been more difficult.

At 8:00 A.M. on July 5th, the day looked quite promising with Flav Spinners dancing along the river’s edge under clear skies. With TroutHunter owners, Rich Paini and Jon Stiehl piloting two drift boats, we launched for a five mile float that would provide Tim with full introduction to the splendors of the upper Harriman Ranch. Jackson Hole adventurer, Jeff Courier joined Rich and Tim in the lead boat while Jon and I would enjoy Ryan’s company in the rear. 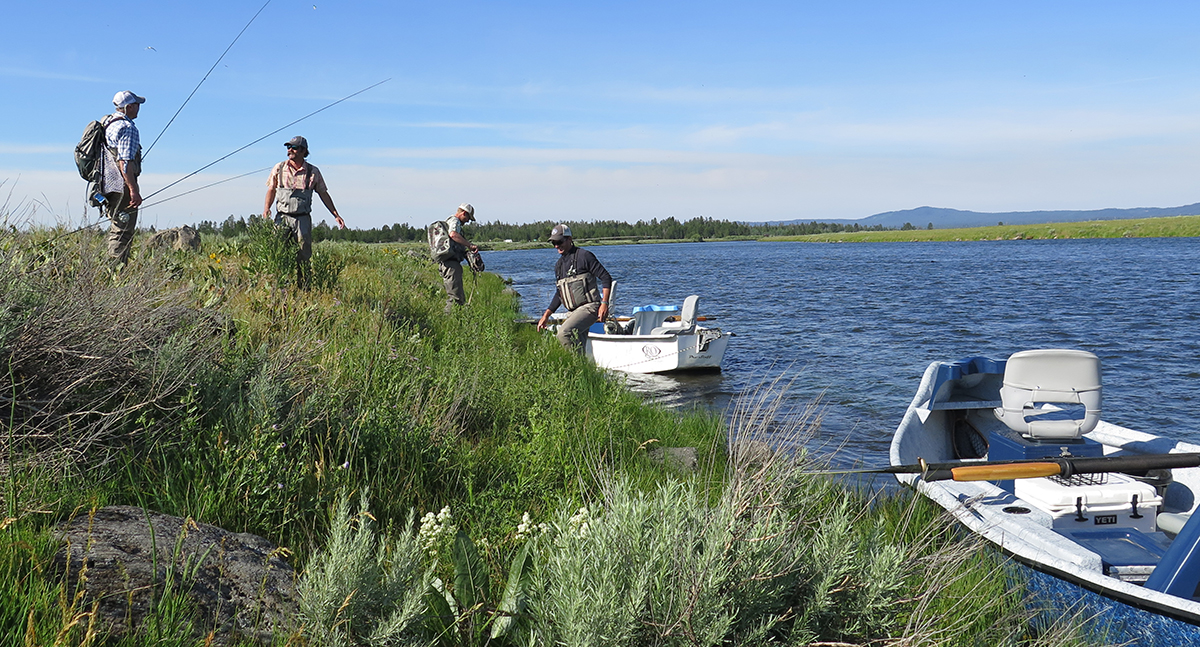 With the broad, shallow section known as Bonefish Flat as the primary fishing destination, our success would be dependent on a calm morning that would enhance the potential for a decent spinner fall.

At more than a mile into the interior of the Ranch, reaching Bonefish at a suitable time requires supreme discipline. Whether walking or drifting on the slow moving current, succumbing to the temptation of rising trout upstream from the Flat will almost guarantee a late arrival. On this day, however, there would be a violation of this cardinal rule, and it would be justified.

It began as almost a whisper gently riffling the surface of the river, but by the time we had passed the heavy water below the Log Jam Jon was pushing hard against a stiff wind, and it was only 9:00 A.M.

wellFar ahead we could see Rich’s boat anchored along the side about half way to the preselected water where we had hoped to spend the morning. As we drifted closer, we could see Tim in a stalking position close to the edge with his attention focused upstream.

With wind speed at more than ten miles per hour, there would be no criticizing the decision to interrupt the float to allow Tim to take a shot at a bank feeder tucked tightly against the streamside grass.

Only a superbly prepared angler could have closed the deal in a situation requiring pin point accuracy complicated by a wind that was increasing with every minute that passed. But this is exactly what our South African friend was able to do, and it didn’t take long.Fortunate is the only way to describe the river’s gift to the young man who had traveled so far to experience this special moment. For the next eight hours there would not be another cast made, but the one who most deserved that single big rainbow had accomplished his objective. 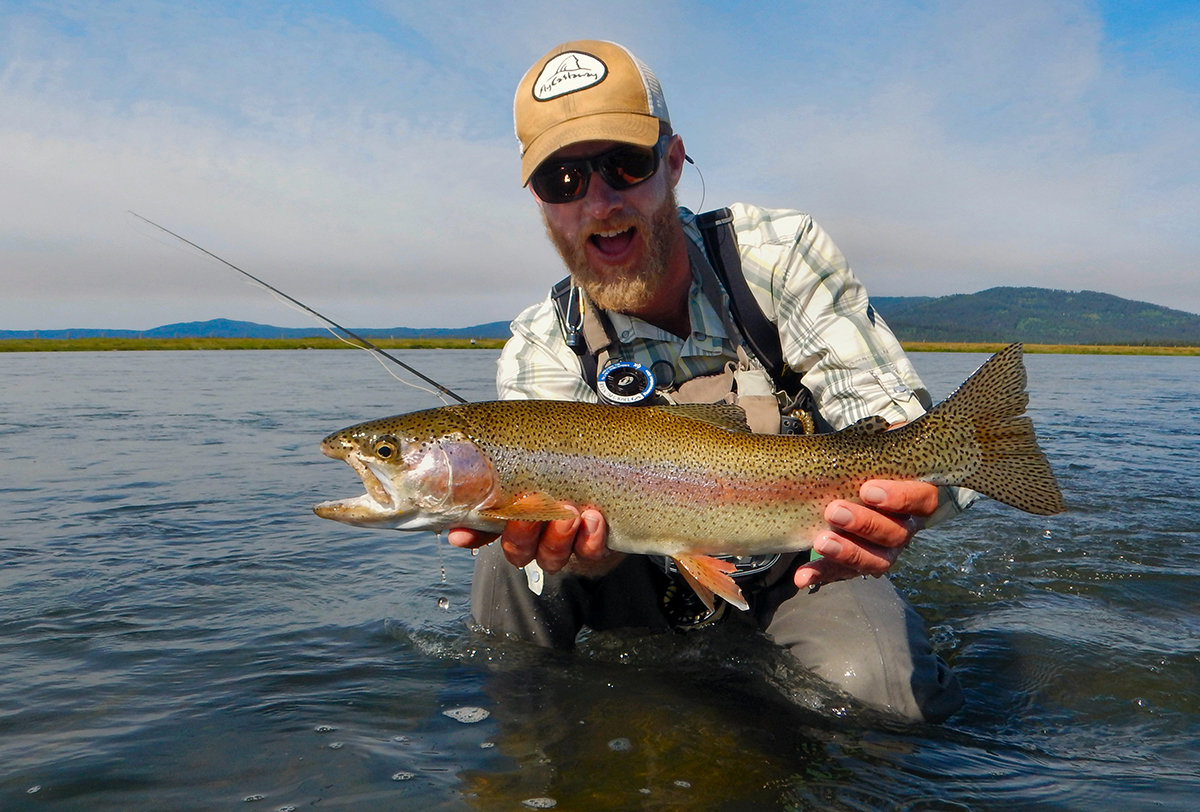 Because of the beauty of the Ranch and the quality of the company, I don’t believe any of the six in our party considered the time spent watching, waiting and hoping as being wasted. But only a near miracle early that morning would prevent the deep sense of disappointment that can only be felt by a host whose guests go fishless on a river of such widespread notoriety. 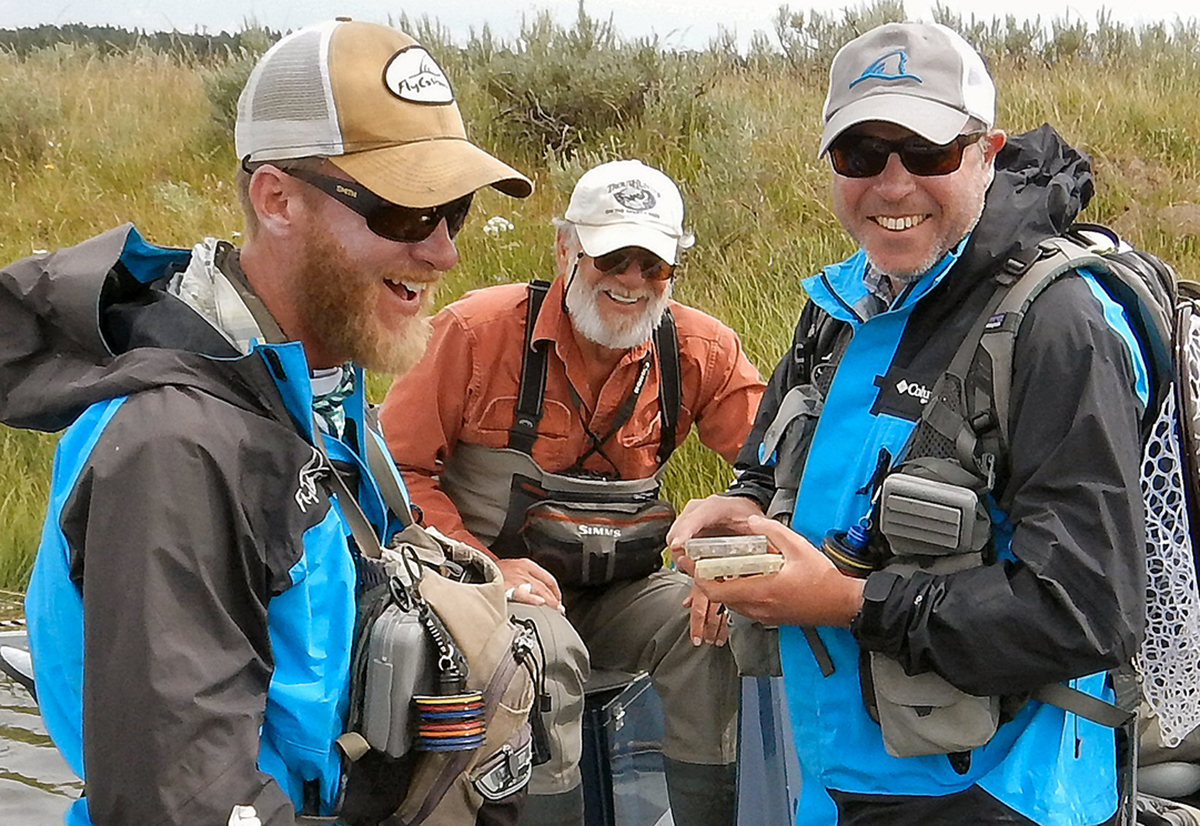 Other trout would be landed by our South African friends over the remaining three days in Island Park, but the relentless wind and extremely high water level would be obstacles throughout their stay. Not specified are other factors that have impeded angler success on the Henry’s Fork since the 2016 season began, and most can be attributed to the acts of man.

The reputation of the Henry’s Fork is of a river that provides the requirements of a healthy trout fishery.

Large trout rising to diverse, prolific, and reliable aquatic hatches is the mental picture that typifies the image of what many have called the world’s greatest dry fly stream.

Clear, accessible water with manageable wading conditions are especially attractive features of the Harriman Ranch and the mile of water on each end of its boundaries. And this is the part of the river that most of those who travel great distance are attracted to. But there is much more to be valued in this complex river system.

The Henry’s Fork is the life blood of our community and we can only survive if the condition of the fishery aligns favorably with its established reputation. And by this standard, it has faltered.

Tim Babich and Ryan Hammond overcame multiple forces that worked against their success because they are exceptional anglers. Because of this, I believe they will return, but of many others I am not so certain.

Change must take place to reverse the troubling trends that threaten our way of life, and it must happen soon.