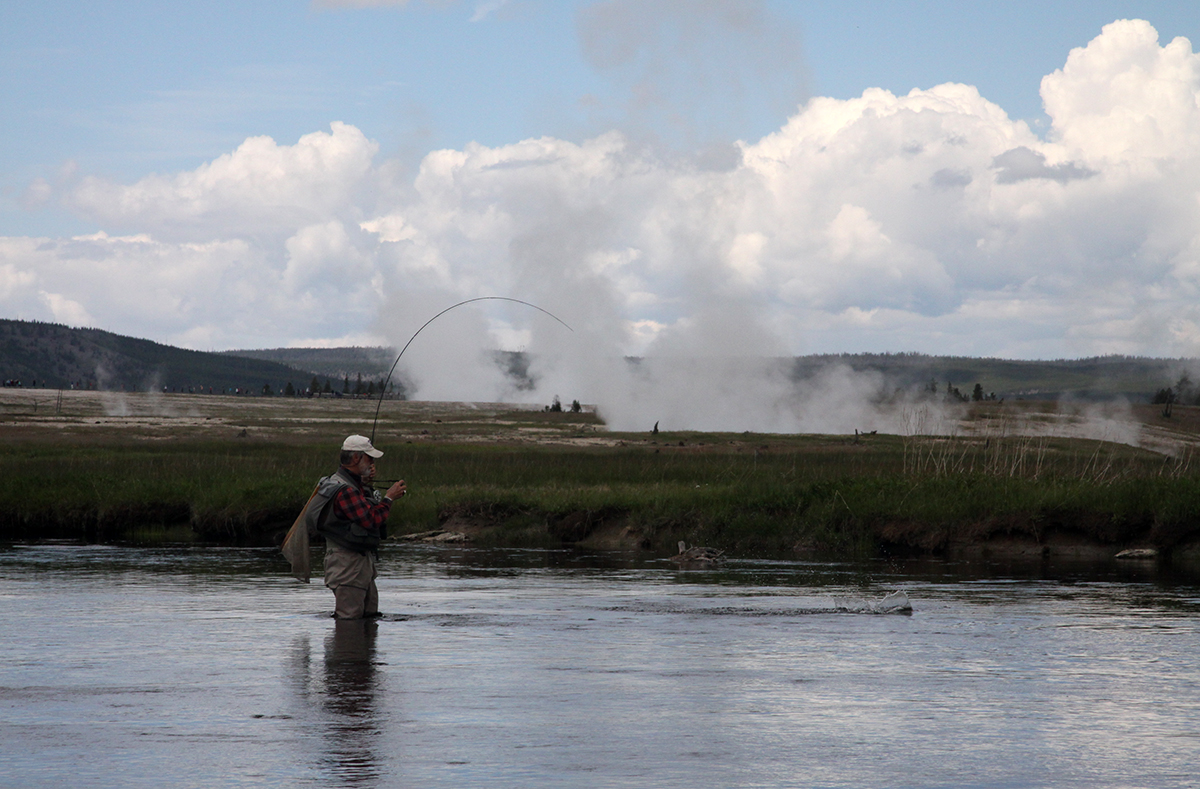 There was a time when Memorial Day weekend was symbolic of the beginning of fishing season. With minor exception, however, fly fishing opportunity on the Henry’s Fork and many other nearby waters are no longer subject to seasonal closure.

These days, snow blocked access and weather related restrictions are the only interfering factors on waters open to year round fishing. This is not to imply, however, that the approach and arrival of summer are not cause for celebration.

An expanded fly fishing menu runs parallel to conditions that bring numerous changes to the characteristics of both water and land. The average temperature of water and air will not generally warm to the point needed to spark the spring cycles of aquatic insects and streamside vegetation until mid to late April at lower elevation. In Island Park, it can be as much as three weeks later before early caddis and March Brown mayflies begin to join or replace midges and Baetis, the primary hatches of colder weather. 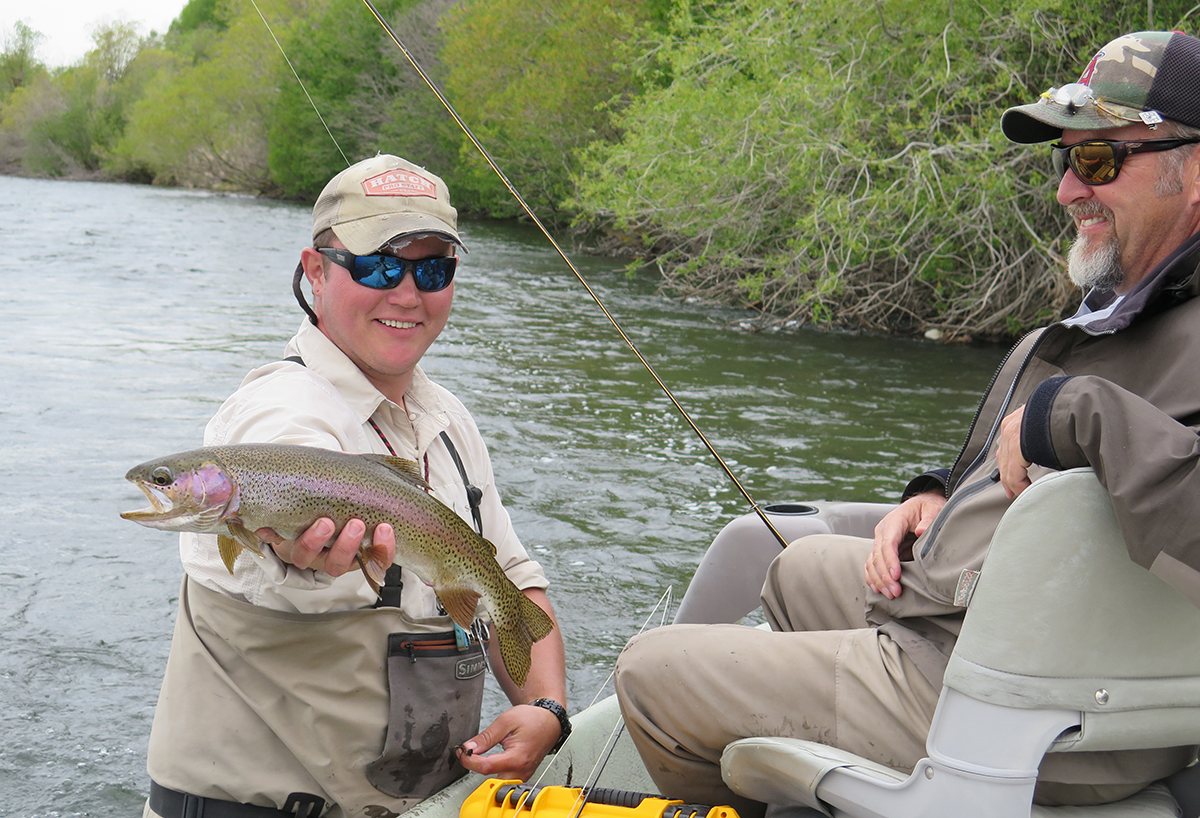 As the season advances and the weather continues to warm, acceleration occurs as plants mature and trout tempting insects increase in both variety and volume.

In fluid sequence, the hatches change with the seasons.  Some, like the Salmon Flies and Brown and Green Drakes, will last only a few weeks. Others including PMD mayflies and assorted caddis will remain a factor for as long as three months. Within a substantial mixture of water born morsels are more Stoneflies that include the big Golden and smaller Yellow Sally that are present through much of the summer. 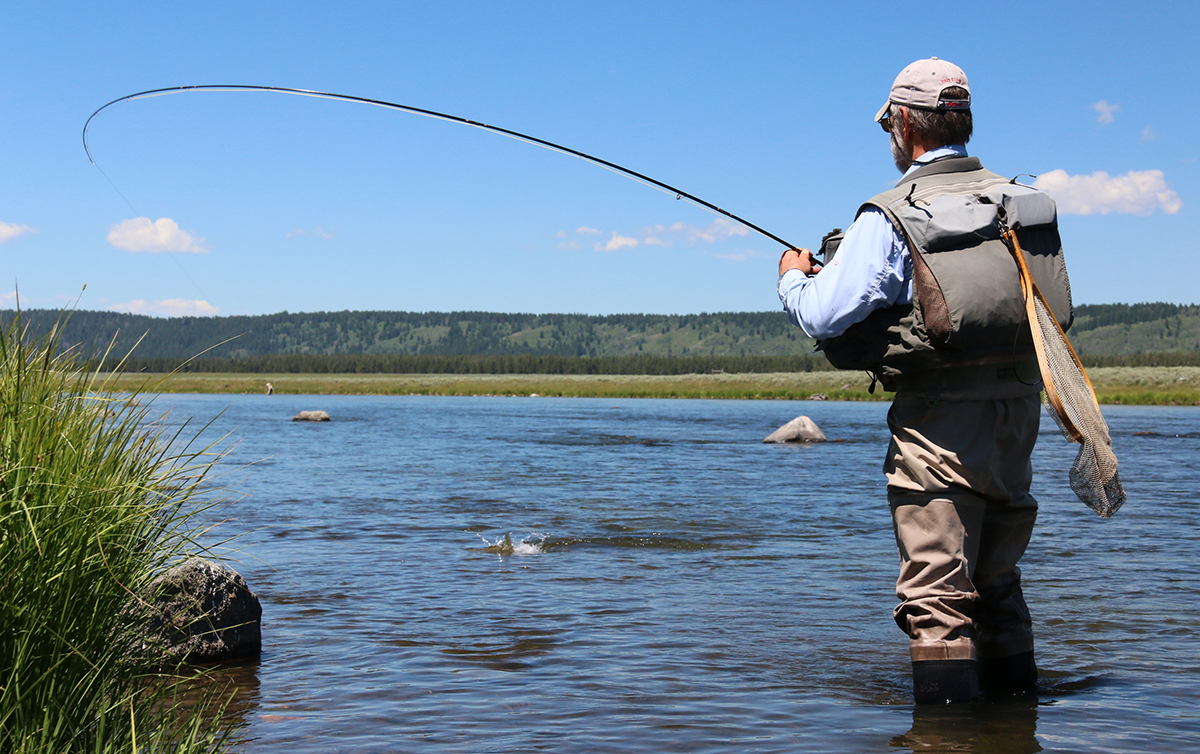 Other mayflies like Flavs and Callibaetis are visually comfortable for the angler, but by August the average size of individual aquatic insects begin to shrink, although their appearance on the water seems to occur in greater density.

Fortunately, rescue from hatches that average smaller than size 18 appear in the form of terrestrial insects that can help to relieve the squint factor in mid through late summer.

Although not exclusively within the size 16 and larger range, hoppers, ants, and beetles can often be imitated with patterns size 14 and above.

As a rule, most roads in the high country will be clear of snow by late May, which will remove the final physical barriers to access of some waters. With the exception of the Harriman Ranch, which remains closed until June 15, waters that conform to traditional opening become available on Memorial Day weekend. This includes Henry’s Lake, and those within Yellowstone National Park.

For resident and visitor alike, the waiting is over when June arrives. From that point until October, the problem is often deciding where to fish when so many options are on the table. But I am convinced that we can all live comfortably with such dilemma.